Sukhu says no factionalism in HP Cong, only lobbying 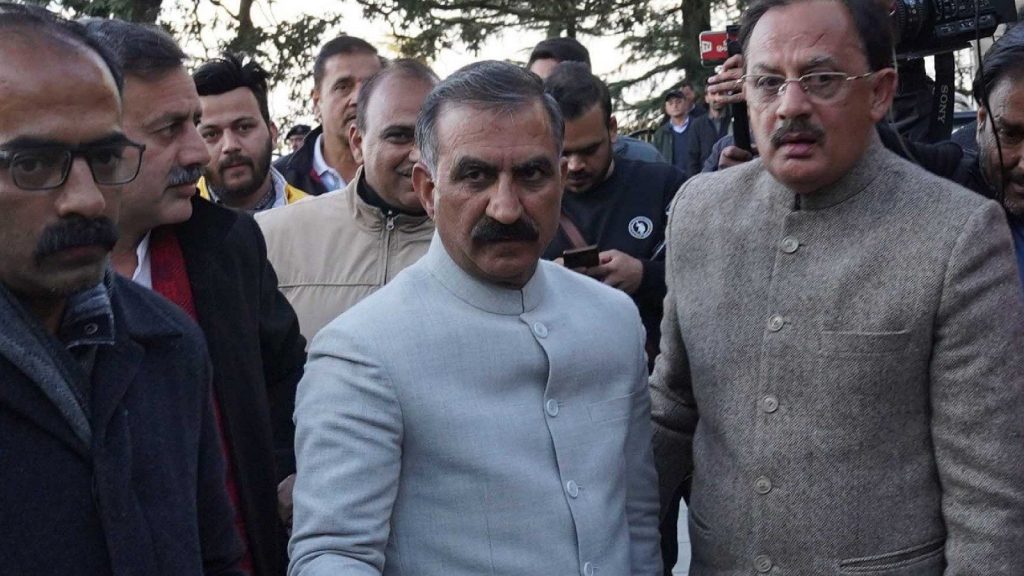 Amid reports of simmering tensions between the Congress high command and former chief minister Virbhadra Singh’s family after Pratibha Singh was “neglected” for Himachal Pradesh CM post, Chief Minister Sukhwinder Singh Sukhu on Sunday said that there is no factionalism in the state Congress unit but “lobbying happens”.

“Lobbying happens, but there is no factionalism in the Congress in Himachal… It was a narrative by BJP,” Sukhu told NDTV in an  interview.

The race for CM post was mainly between Sukhu and state Congress chief Pratibha Singh who pulled out of the race 48 hours after the grand old party unseated the BJP by winning 40 of the 68 Assembly seats. Pratibha Singh is the wife of former chief minister Virbhadra Singh while Sukhu is a four-time MLA from Nandaun who is a known rival of her husband.

Sources told News18 that Singh pulled out of the race just before the Congress Legislature Party meeting on Saturday. Sources added that Pratibha Singh has expressed her displeasure over Sukhu to central leaders Bhupinder Singh Hooda, Bhupesh Baghel and Rajeev Shukla.

Himachal Pradesh Congress chief Pratibha Singh, whose name was also doing rounds as the possible CM-elect, was also present during the ceremony. However, After a meeting of the Congress Legislature Party in Shimla on Saturday, Congress’s central observer Bhupesh Baghel announced the election of Sukhu as the CLP leader.

In a meeting Friday evening, the MLAs had unanimously passed a resolution authorising the party president to pick the legislature party leader after the three leaders reached the venue with their supports who raised slogan in their favour.

At The World Cup At Qatar, Palestine Is More Than An Arab Cause