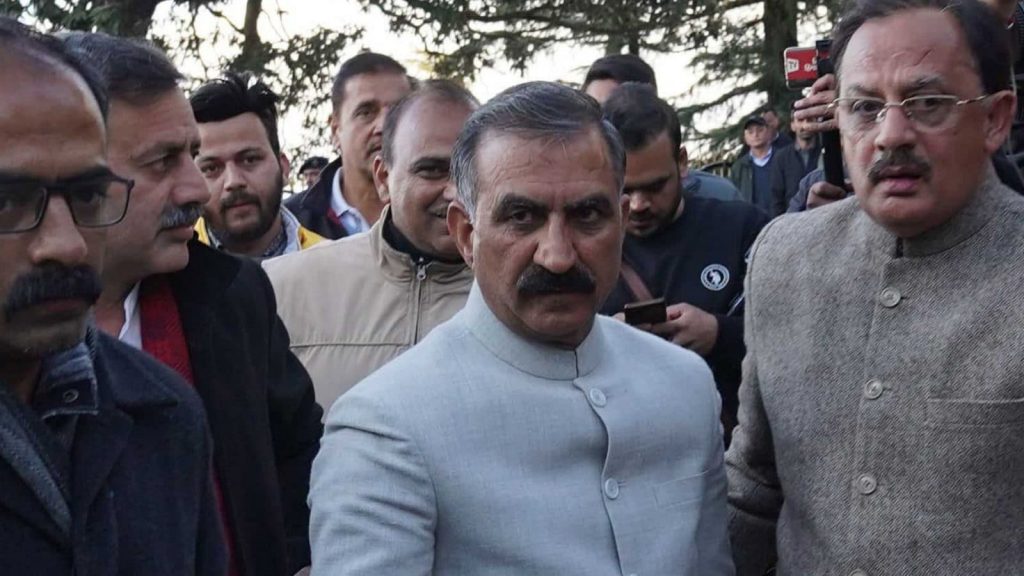 With the newly elected Congress government in Himachal Pradesh deciding to set up a committee to review recent projects cleared by the previous Jai Ram Thakur regime, a war of words has begun, with the opposition hurling allegations of political vendetta even as chief minister Sukhvinder Singh Sukhu defended the move.

A day after taking charge as the CM, Sukhu had directed officials to terminate all extensions or re-employments granted by the previous BJP government and announced a review of all the decisions taken by the former cabinet since April 1 this year. The BJP was quick to respond, calling it anti-people and dictatorial.

But Sukhu rubbished the allegation of political vendetta levelled by his predecessor Jai Ram Thakur. He said that the Congress did not believe in the culture of vendetta politics but his government could not overlook decisions taken against public interest.

“The previous BJP government had announced the opening of 72 new institutions without any budgetary provision only with an eye on the assembly elections. The BJP government had given clear directions to officers that these institutions should be opened. It has told them that if the BJP wins, we will provide a budget and if not then let the Congress provide funds,” Sukhu said on Tuesday. “The former Chief Minister’s tweet on the issue would have been appropriate had he made budgetary allocations.”

He added that his government would review on merit all announcements made by the previous government for opening all such health, education, and other institutions. “If we feel that there is a need for it, we will make a budgetary provision and depute staff also,” he said.

About the order to review all decisions taken by the previous Jai Ram regime, he said a committee of five legislators had found on examination that announcements for opening institutions were made without budgetary provisions.

Earlier, former chief minister Jai Ram Thakur took to Twitter to question Sukhu’s decision. “In keeping with its tradition, the Congress has started to stall and change decisions taken by the BJP government. It has not even formed a Cabinet but already started to work with a sense of taking revenge,” he tweeted. “We did not change any decision of the previous Congress government and never stalled any development work. However, the Congress has started working with a sense of taking revenge.”