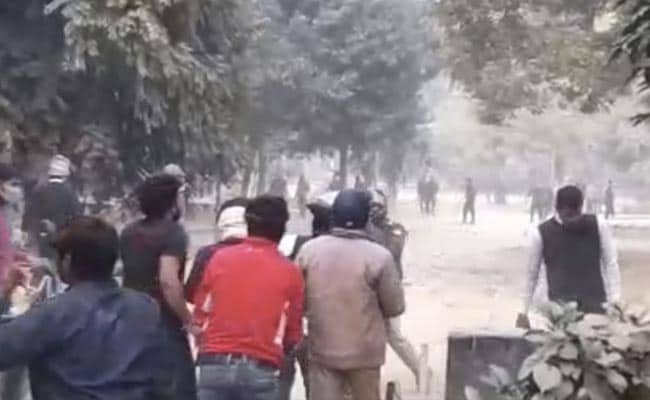 Students and security guards clashed at the prestigious Allahabad University this evening after an argument over entry to the campus spiralled out of control.

A video circulating on social media showed students throwing stones at the guards and at policemen who were called to the campus after the violence started.

A motorcycle was set on fire. A second video purportedly showed the guards hitting students with batons at the main gate.

The violence erupted after a former student leader had an argument with the university guards who were allegedly not letting him enter the campus.

The leader has been part of a prolonged protest at the campus over fee hike that has been going on for a few months. The university administration has said it will not take back the fees hike.

Both sides have claimed injuries. The police said the situation is under control and relatively calmer now. Commissioner of Police Ramit Sharma told reporters the students have been made to sit near the students’ union office and all their complaints will be heard.