Spotlight on U.S. Double Standards In Dealing With Turkey And Middle East 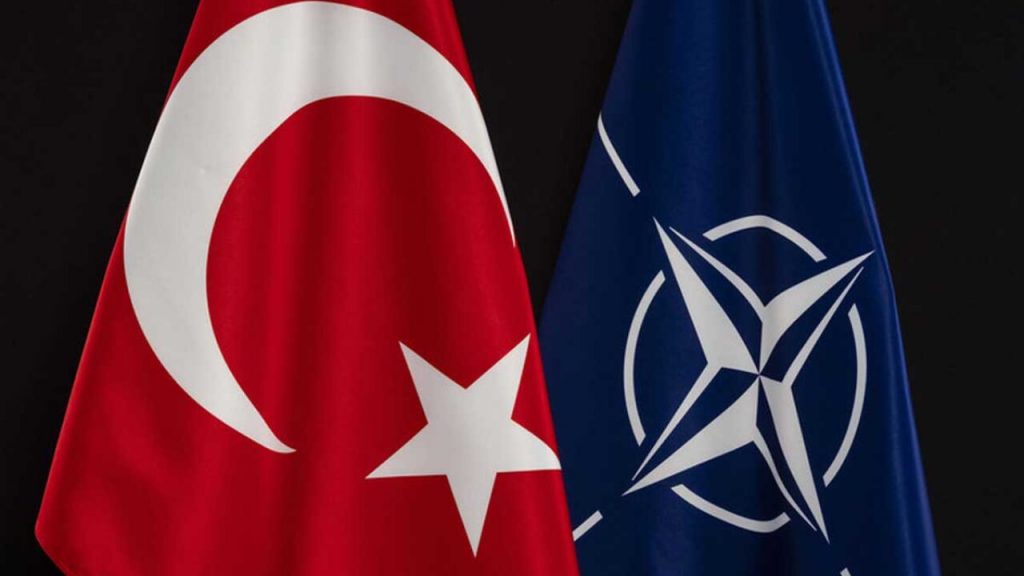 US and European acquiescence in Turkey’s long-standing refusal to honour Kurdish ethnic, cultural, and political rights came home to roost when Turkey initially objected to Finnish and Swedish membership in the North Atlantic Treaty Organisation (NATO). Ultimately, Turkey postponed potential conflict in NATO by dropping its initial objection to Finland and Sweden’s application.

Nevertheless, Turkey maintains a sword of Damocles over the process. NATO’s 30 member parliaments have to ratify the two countries’ membership. Turkish President Recep Tayyip Erdogan warned that ratification by the Turkish parliament would depend on the Nordic states putting their money where their mouth is and in effect adhering to Turkey’s anti-Kurdish policies. Even though Turkish ratification will be the ultimate litmus test, NATO appears to have moved on since Turkey allowed Finnish and Swedish membership to move forward. NATO does so at its peril.

What Erdogan was actually saying was that the issue of Nordic membership had been temporarily resolved, not permanently. The president warned that parliamentary ratification would depend on Sweden and Finland implementing the provisions of a memorandum signed by the two Nordic countries with Turkey on the eve of last month’s NATO summit in Spain. The memorandum persuaded Turkey to lift its initial objections to their membership.

The Turkish sword of Damocles resembles Saudi and Emirati efforts to pressure US President Joe Biden to take greater account of their concerns about Iran and fortify the United States’ commitment to Gulf security during his ongoing visit to the kingdom. Saudi Arabia and the UAE will likely take heart from Turkey’s initial success in getting its way, particularly considering a US failure in recent years to respond to attacks by Iran and/or their Yemeni Houthi allies on critical oil and other infrastructure in the kingdom and the Emirates.

The Nordic memorandum with Turkey suggests that Finland and Sweden went a long way in meeting Turkish demands. Pressured by NATO, Finland and Sweden promised that they would not support Syrian Kurdish groups that Turkey considers a threat to its national security. These include the People’s Protection Units (YPG), a US-backed Syrian Kurdish group that played a crucial role in defeating the Islamic State. Turkey’s initial threat to block Nordic membership sparked debates about the country’s controversial place in the North Atlantic defense alliance. The debates died down once Turkey lifted its objection.

However, Turkey’s involvement in the Kurdish issue, whether at home, where Kurds, an ethnic group spread across south-eastern Turkey, northern Iraq, northern Syria, and western Iran, account for up to 20 per cent of the population, or in Iraq or Syria, where Turkey intervenes militarily, will inevitably revive questioning of the country’s place in the alliance.

Turkey’s initial NATO objection already increased the spotlight on Turkey’s long-standing suppression of Kurdish rights and identity under the mum of a fight against terrorism and separatism. Turkey’s critics assert that Turkish military interventions in Syria aims to prevent the emergence of a Kurdish autonomous region similar to the self-governing Kurdish entity in northern Iraq.

Turkey regularly attacks bases of the Kurdish Workers Party (PKK) in the Qandil Mountains in northern Iraq. Alongside the United States and the European Union, Turkey has designated the PKK as a terrorist organisation. The group has waged a decades-long insurgency against Turkey in which tens of thousands have been killed. Turkey has also cracked down on the country’s pro-Kurdish Peoples’ Democratic party (HDP) after the party won enough seats in the 2015 general election to threaten Erdogan’s parliamentary majority.

The Turkish effort to impose its policies on its fellow NATO members spotlighted the Middle East’s ability to act as a disruptive force if its interests are neglected against the backdrop of uncertainty about how committed the United States remains to the region’s security. The US commitment is likely to be clarified during Biden’s visit. Closer Arab Israeli security cooperation could facilitate clarification of the degree of US engagement.

On the positive side, clarification and Turkish ratification of Finnish and Swedish NATO membership would allow the United States and Europe to benefit from Turkish efforts to capitalise on endeavours by Central Asian governments to limit their reliance on Russia and soften the fallout from economic sanctions against the Kremlin because of its invasion of Ukraine.

Turkey has recently expanded its footprint by signing trade and defence agreements, stepping up arms sales, and Erdogan conducting high-profile meetings with his counterparts in Kazakhstan and Uzbekistan. Erdogan recently wrapped up a two-day trip to Uzbekistan and left with 10 agreements and a pledge to increase their annual bilateral trade volume to US$10 billion.

Similar trade agreements were concluded during a visit to Turkey by Uzbek President Kassym-Jomart Tokayev in May. With China too seeking to benefit from the consequences of the Ukraine war, the United States and Europe would be able to partially compensate for their neglect of a region at the heart of Eurasia that some describe as part of a greater Middle East.

That is particularly true if Turkey succeeds in positioning itself as a viable alternative to Russia on China’s Belt and Road Initiative (BRI), which ferries goods from western China through Central Asia and Russia to European markets. The sanctions undermine Russia’s role as a key transit node.

Russia’s invasion of Ukraine has heightened European interest in Central Asia. In a first response, European Union officials said that the EU would become the top investor in the world’s tallest dam in Tajikistan. The move was aimed at helping Central Asia cut its reliance on Russian energy and constitutes part of the EU’s answer to China’s Belt and Road Initiative. The failure to hold Turkey accountable for its repression of Kurdish ethnic and political rights within the framework of the Turkish state has enabled Ankara to establish adoption of Turkish policies as a condition for NATO membership even if they violate NATO membership criteria.

The caving into Turkish demands and the failure to take Turkey to task early on for its policy towards the Kurds takes on added significance at a time when NATO casts the war in Ukraine as a battle of values and of democracy versus autocracy that will shape the contours of a 21st-century world order. For his part, Biden has sought to regain the moral high ground in the wake of the Trump presidency that broke with American liberalism by declaring “America is back” in the struggle for democratic and human rights.

However, Biden and Europe’s problem is that their credibility rides on cleaning up at home and ensuring that they are seen as sincere rather than hypocritical. That’s a tall order amid assertions of structural racism on both sides of the Atlantic; controversy over gun ownership in the United States; preferential arrangements for Ukrainian refugees as opposed to non-Europeans and non-whites fleeing war, persecution, and destruction; and foreign policies that treat violations of human and political rights differently depending on who commits them. (IPA Service)