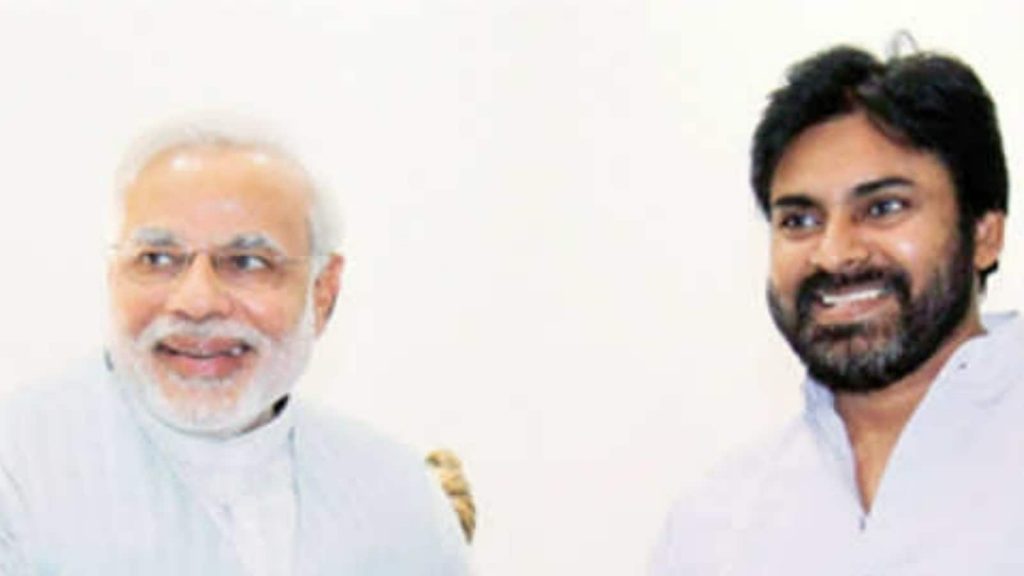 However, the PM’s meeting changed the equations. The Prime Minister is also believed to have said that there was no possibility of allying with TDP.

On the invitation of the BJP national leadership, Kalyan met Modi as the latter camped in the port city as part of a two-day visit. Kalyan, along with Jana Sena political affairs committee chairman Nadendla Manohar, met the Prime Minister at the INS Chola suite. In a 30-minute meeting, Modi had a one-on-one interaction with Kalyan.

Revealing the possible aim of the meeting, Telakapalli Ravi, a political commentator, said: “This meeting took place in the background of Naidu meeting Pawan Kalyan and resolving to ‘save democracy’. The actor was also confined in a hotel in Visakhapatnam for two days after his supporters allegedly clashed with a minister’s convoy. Following this, Pawan asked for a roadmap from BJP to overthrow the YSRCP government. That roadmap excludes Chandrababu Naidu.

As BJP did in many cases, it wants to replace Congress in Telangana and TDP in Andhra Pradesh. Modi told Pawan Kalyan not to have any illusions about Naidu and was not enthusiastic about an alliance with TDP. Pawan submitted a five-page note to Modi, listing grievances against the YSRCP government, and the PM said that he knows everything. Pawan did not utter a word about the Vizag Steel Plant, an issue he raises quite often, and made a vague statement that AP would see good days soon.”

Ravi added that he does not see any alliance between TDP and JSP in the future. “After Naidu met Pawan Kalyan at a hotel in Vijayawada, there was no joint statement from them or any other meeting. We can conclude from that no alliance is happening between them.”