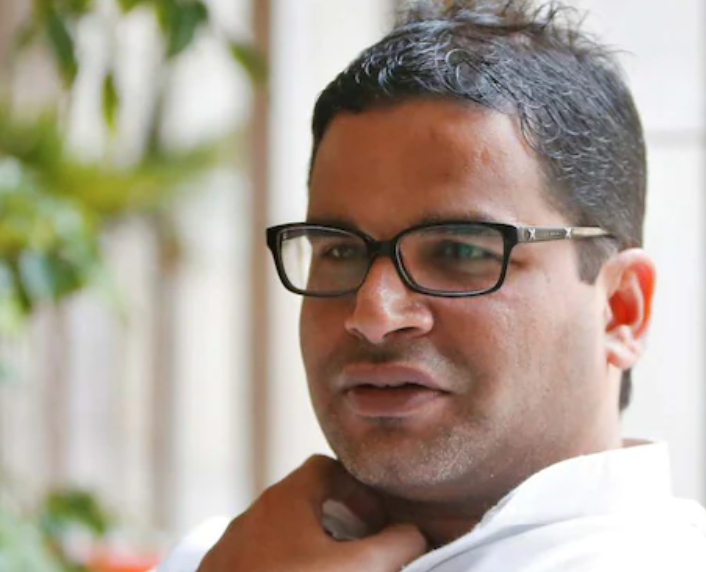 Congress chief Sonia Gandhi has taken a conciliatory step by not confronting the rebels in the party ( G 23) by postponing her decision on poll strategist Prashant Kishor’s entry into the party. It, however, does not mean that it will not happen, as she is biding time and preparing the ground for the admission of controversial Kishor. In politics, timing is crucial, and Sonia knows better than others when and how Kishor should be brought in.

After many poll defeats, restlessness within Congress is at its peak. Sonia wants to mollify the rebels. Since last August, the G- 23 has been demanding a revival of the party and collective leadership. They have been waiting for the official announcement of Kishor’s induction. They have no objection if he advises Congress as a consultant, but being inducted at the top is a ‘no -no’ to them.

Why is Kishor controversial? The Congress circles have been abuzz with his proposed lateral entry for the past few days. They are already debating whether he would be an asset or a liability. The old guard feels that the Gandhi family ignores the in-house talent and looks elsewhere, while their suggestions were not different from Kishor’s presentation. That is why she has included members of G 23 in important committees announced on Monday.

However, the indications are clear, as Sonia has started implementing Kishor’s strategy. On Monday, she formed an empowered committee to prepare the party for the 2024 polls—one of Kishor’s leading suggestions in his presentation to the Congress top brass last week. Sonia has shown that she has no intention of outsourcing the party leadership to a rank outsider.

At the same time, she has also included most of the G 23 rebels in committees to prepare the proposed ‘ Chintan Shivir’ (brainstorming session) in Udaipur in May. The earlier sessions in Pachmarhi and Shimla had clarified the party’s thinking on the alliance.

Meanwhile, eyebrows are raised at Prashant Kishor’s I-Pac inking a poll strategy pact with the Telangana Rashtra Samithi TRS) on Sunday, even as he is expected to enter Congress Party.

Kishor has publicly distanced himself from I-Pac, but his presence in Hyderabad on Sunday at the chief minister’s official residence speaks otherwise. His test would be at the time of the Telangana elections next year. The state congress has been fighting the TRS since the united Andhra Pradesh was bifurcated in 2014. Since then, the TRS has replaced Congress.

Kishor has been working with many other parties opposed to Congress. Some senior leaders like former Madhya Pradesh chief minister Digvijay Singh have expressed doubt about Kishor’s commitment to Congress.

Once admitted, Kishor will be walking on a razor’s edge as he is a newcomer to the Congress culture. His earlier experiment to help the poll campaign in Uttar Pradesh in 2017 assembly elections was not very pleasant for both sides. He might resist the G 23 lobby with the support of the Gandhis but not the deep-rooted party system. The old guard has come through the system fighting it – sometimes joining it- and survived for decades. Even Rahul Gandhi has not been able to resist the system. That is why he wants to bring in new faces loyal to him.

Last August, the rebel group blocked his entry when Kishor almost joined it. So far, only the Gandhi family had a lateral entry. Even Indira Gandhi, Sanjay Gandhi, and Rajiv Gandhi came through the organization and electoral route. Only Sonia, Rahul, and Priyanka Gandhi Vadra have been lateral entrants.

It is not the first time there has been a rift in the party. Since Independence, there have been about 70 splits. The major one was when Indira Gandhi split the Congress in 1969 over differences with the powerful old guard called Syndicate. She was successful because she outmanoeuvred the old guard and went on to rule. Since then, there have been many splits, but most Congressmen remained with the Gandhi family.

The G 23 is at a disadvantage because none of the rebels is in a position to break the party individually or in a group as they do not have pan-Indian visibility. But they have the nuisance value. Sonia has tackled the issue very carefully by showing that Kishor will not have any free hnd as he has been insisting. But she certainly needs PK for the upcoming polls in Gujarat and Himachal. PK will be taken in the Congress but how soon, will be decided by Sonia Gandhi. (IPA Service)