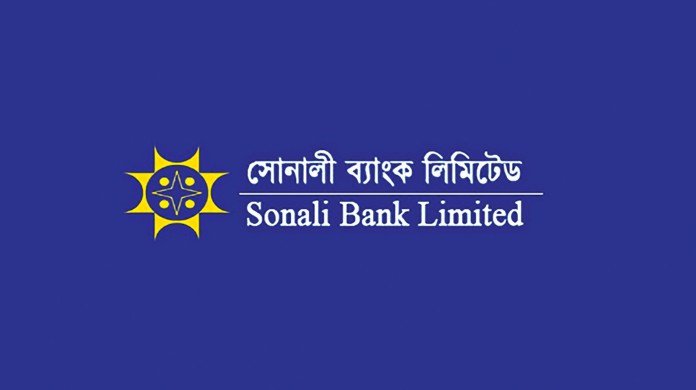 The Sonali Bank Limited, the biggest state owned bank in Bangladesh is under controversy. The Bank management has been accused by All India Bank Employees’ Association general secretary C H Venkatachalam in a letter on 25 March 2022 of having trampled the laws of land in India to sack the general secretary of Sonali Bank Employees Association Syed Md. Sahabuddin and a few other staff of Kolkata and Siliguri branches of SBL But the SBL management chose to ignore the AIBEA letter.

The AIBEA leader reminded the CEO and managing director Ataur Rahman Pradhan of gross violation of terms of Bipartite Settlement between the Indian Bank’s Association and the AIBEA, the SBL was a party to the bipartite deal ‘by virtue of a mandate given by the SBL to the IBA. He stated categorically, the bipartite settlements provide the procedure to be adopted by the management while taking disciplinary action against the employee.

Obviously and irrefutably, Sonali Bank is also bound by these rules and procedures in as much as these procedures are inseparable part of service conditions of employees working in India. Venkatachalam reminded the CEO of the bank of statutory adherence of the bank authorities to the Indian Trade Unions Act of 1926 and Industrial Act of 1926. But the top management shows no sign of bending down for the sake of cordial relations between the management and workmen.

The staff members of SBL have been agitating for over four months against trampling down of rights by imposing new service conditions that are against the laws of land in India. SBL is run in India mostly by contract employees but now the management wants all Indian employees be converted into contract employees. In mid-July this year, the West Bengal branch of AIBEA, Bengal Provincial Bank Employees’ Association, one of whose affiliates is SBEA staged a sit-in-strike before the Kolkata office demanding withdrawal of dismissal letter and scrapping of fresh service conditions which violates the ID Act 1947’

The SBL board of directors, all based in Bangladesh, mostly in Dhaka, adopted ‘Indian Operation Employees) Officers and staff) Service Rules, 2021, and made it operational without notice. The sub-section of ID Act 1947 states clearly, states,” No employer, who proposes to effect any change in the conditions of service applicable to any workman in respect of any matter specified in the Fourth Schedule, shall effect such change.” Sahabuddin opposed the managements move to change the service conditions’ while the Indian staff is to be in consonance of Section 9 of Industrial Disputes Act 1947

Sahabuddin is also the general secretary of Bengal Provincial Bank Contract Employees Association. The employees moved the City Civil Court seeing a stay against forcing the employees to accept contract job/ This had infuriated the SBL management which clamped a show cause notice alleging in subordination and other charges which BPBEA termed as ‘cooked up’ One such charge is fraud in Pension Trust Fund of which Sahabuddin is a trustee. The PTF invested Rs 2 crores as fixed deposit in DBL and purchased annuity of about Rs 2.20 crores from the Life Insurance Corporation of India. The SBL brass termed this as ‘unethical investment’, hinting it as almost a fraud. But Sahabuddin refuted this charge as frivolous as the decision was taken unanimously by all five trustees. .

The BPBEA general secretary Rajen Nagar drew the attention of the Reserve Bank of India to deliberate disregard of bipartite settlement by the Bangladeshi bank authorities who “served ‘termination order without any end benefit’ unprecedentedly and arbitrarily to prevent bank staff in Kolkata and Siliguri of trade union rights. The BPBEA leader states that the dismissal of Sahabuddin and other staff members is without prior departmental inquiry which is mandatory as per the bipartite settlement. Sahabuddin ‘opposed the managements move to change the service conditions’ while the Indian staff are to be in consonance of Section 9 of Industrial Disputes Act 1947, wrote the BPBEA leader.

The SBEA leader Sahabuddin has been constantly raising questions on payment of income-tax ‘by debiting charges account for officers posted at Kolkata and Siliguri from Bangladesh in violation of Income-Tax laws of our country’, pointed out by not only internal editors and RBI inspector. Whether RBI went into action against this illegal act is not known, but the SBL management resorted to vindictive action against the SBEA general secretary. .The SBL management wants to get rid of Sahabuddin as he is the top leader of the Sonali Bank employees union and exposed a number of misdeeds of the management.

The BPBEA memorandum to the RBI questioned the implementation of new service conditions. The service conditions of employees of any bank – including foreign one- are ‘governed by industrywise bipartite settlements between the Indian Banks Association and Workmen’s unions (such as AIBEA and National Confederation of Bank Employees). While workmen (SBEA) are represented by AIBEA, Sonali Bank is represented by IBA. The industrywise bipartite settlements are binding for both the parties’. (IPA Service)