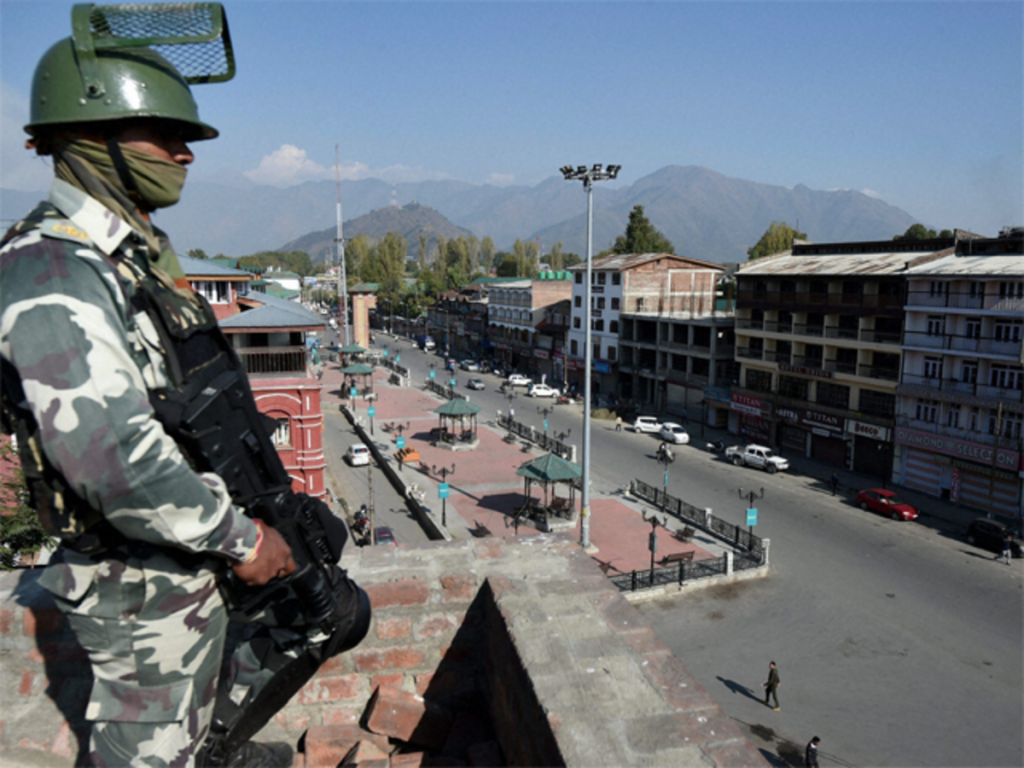 Is anything changing in Kashmir? The merchant selling bronze items in narrow streets of Lal Chowk was surprised by the question. He had no idea who I (this columnist) was. Seeing his discomfort, I introduced myself and asked him to speak freely. His reply was straight, “I have been coming since 1980, you can see the difference for yourself. My shop has plenty of inventory now. In front of you, two tourists have gone shopping. The road ahead is jammed. Even this time of the year, there are a lots of tourists. Who visits mountains in such large numbers during this rainy season”.

He had a good point. These streets are once I have travelled to many times before. Traffic jams in the 1980s and 1990s were a result of bad roads and blockages by police or     paramilitary groups. Although roads have since improved, they still have the same problems as other tourist areas across the country: A daily increase in the number of vehicles, pressure from the expanding population, and a big flood of tourists. The majority of security force’s barricades have been taken down, Srinagar seems to be taking in some fresh air.

Later, I met some government representatives and smart young businessmen. In the valley, there was an intractable electricity problem. Although the situation is still not perfect, the state’s overall electricity generation has climbed to 5,951 MW. Power generation had previously never been over 3,500 MW since Independence. Due to LG, Manoj Sinha’s understanding that creating jobs and fostering development are the only ways to integrate valley with mainstream, 51,000 pending schemes were carried out during this time by operating on war footing. Sinha will soon complete two years in office in Jammu and Kashmir.

In Kashmir, restoring confidence  is  a necessary prerequisite for achieving the objective. To end this, a strategy was developed for the prompt settlement of public concerns in conjunction with engagement with general public. As a result, separatist processions and stone pelting are now in the past. The Prime Minister’s office and the home minister personally keep a close eye on this procedure to make sure there are no road blocks.

Has the situation in Jammu and Kashmir now reverted to normal?

Although it is still too early to say, walking through valley in the last week of July gave me the impression that something had undoubtedly changed. Although it is uncertain when Kashmir will reach its destination, the government has chosen its own course. If this is the case, why are there still reported target killings of Kashmiri Pandits and innocent Kashmiris? Terrorists from Pakistan are the main cause for this.

Whatever one may say, it is true that terrorists continue to infiltrate the valley from across the borders. In addition to spoiling the environment, these terrorists with their rigorous training and financial inventiveness, also attack the security forces. They typically conduct ambushes and prefer to engage the security force heads on rather than escape.

The security forces biggest headache is coming from these terrorists. The Indian army’s role is to halt them on borders. Despite challenging terrain and scarce resources, our jawans take risks. On both sides of the border, a local group of porters is employed. Some of them are suspected of trying to confuse things in addition to sending key information to the opposing side. Additionally, with aid of separatists who are still active there, Pakistan’s propaganda machine and the terrorists frequently succeed in misleading and brainwashing a lot of innocent youth.

The vicious spiral was just uncovered once more. One of the accused of target killing was killed in an encounter by police. According to guidelines when his body was being handed over to his family members, they leveled the allegation that the police had killed their “innocent child in an encounter”. They were astounded when the police officer stationed there revealed the teen ager’s phone call record. For the last few months, their “child” had been lying by claiming to be enrolled in online studies while continuing to speak to his handler on phone every day for half an hour.

J&K police has to put in a lot of efforts and energy in battling this trend. Compared with the J&K police of the 1980s, there has been a welcome shift in force’s mentality. If not, it would have taken years for everything to get back to normal after Article 370  was repealed. The risk and hardship allowance for the Central Armed Police Force and paramilitary personnel has been increased from Rs. 9,700 to Rs. 17,300 per month for soldiers up to the rank of inspector, and Rs. 16,900 to Rs,25,000 for officers.

J&K is undoubtedly a challenging and intricate issue. Although the final solution will take some time, the complexities of the problem have begun resolving themselves. One cannot simply click-fix a problem that existed for decades. (IPA Service)