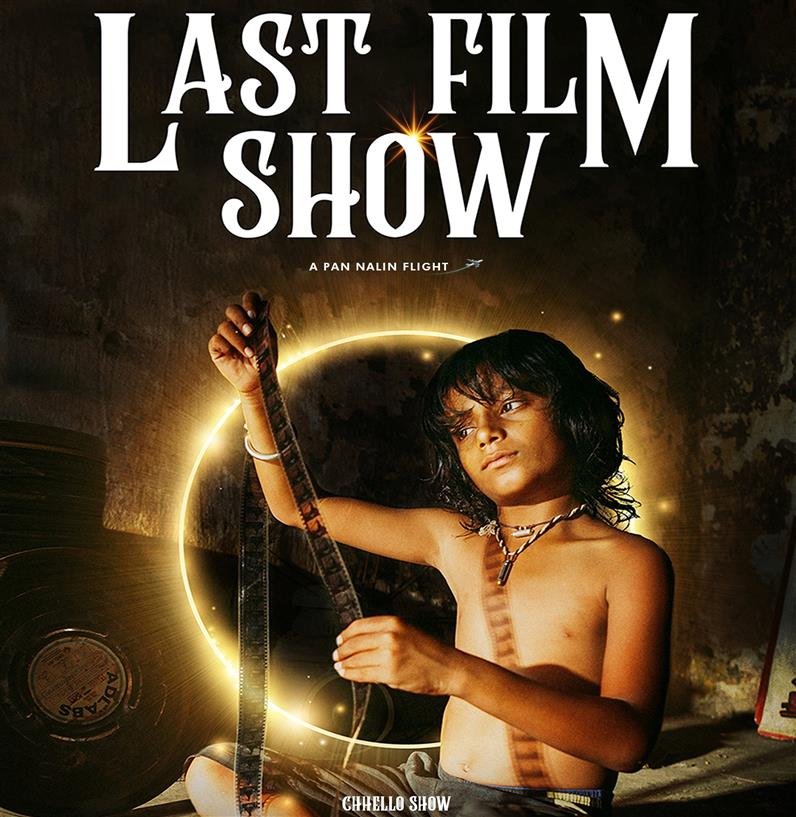 At long last, there is a big news for India’s film industry from the US Academy which organizes the Oscar awards. Director p Nalin’s Gujarati film ‘Chhello Show’ has been shortlisted for Oscar nomination in the international feature film category. Apart, Rajamouli’s RRR’s track ‘Naatu Naatu’ has also been shortlisted for the original song category. In one year, the shortlisting in two categories for Oscar nomination is a double satisfaction for the Indian film lovers, both within and outside the country.

The final nominations for the 2023 awards will be announced on January 24 next year and the awards will be given on March 12 in the Dolbey Theatre, Los Angeles. The last film to have been nominated for Oscar was Lagaan starring Amir Khan but the film, despite big expectations two decades back, did not get the award. Before that, Mother India and Salam Bombay also got nominations for Oscar but were not selected for the award. In recent years, a number of films like Koozhangal, Jallikattu, Gully Boy, Village Rockstars, Newton and Visaranai were officially nominated by India but no film could get into shortlist. That way this 2023 shortlist is a big step in projecting India as a production hub of films of Oscar standard.

What has helped the Gujarati film ‘Chhello Show’ or ‘The Last Film Show’ in English rendering, in getting the attention of the Academy members is its human content. Pan Nalin, the director and writer gave a graphic account of the pangs of transition in a remote Gujarat village around the year 2010- two decades after officially the liberalization of Indian economy began. The protagonist nine-year old boy Samay is the symbol of that typical Indian type of halting reforms where the fruits of reforms reach some small sections and bypass the larger masses. Nalin in this part autobiographical film weaves a visual poem with the help of his exquisite rural scenes and the village characters which reminds of the first two parts of Satyajit Ray’s Apu trilogy Pather Panchali and Aparajito’

Nalin has made use of the young boys, the friends of Samay so perfectly in portraying their angst amidst the slow pace of transition in the village that it never seems to the viewers that they are acting, they behave as they do usually and so are the acting prowess of the members of Samay’s family, especially his mother. These days, lot of films are being made in the non west countries including Japan, South Korea, Hong Kong, Iran and other countries. They talk of the common issues touching the lives of the common people. Palin’s ‘Chhello Show’ touched the Academy members who are mostly leading film critics for its sincerity to the human content, visual texture and extraordinary acting. Nothing was contrived, Everything was natural.

Similarly, S S Rajamouli’s big Indian hit film RRR is making waves in the film market of the United States getting the appreciation of the viewers as also the film critics. The film was a runaway success in the Indian cinema halls but its release in Netflix has helped the film in getting global audience and this is helping RRR in its bid for Oscar nomination after getting shortlisted for its song.

What is significant about the reception in the American media is that even the left wing media which generally do not give credence to the high octane action films, have spoken highly of the rich content of RRR. C Robinson, the renowned film critic of the People’s World, the daily of the Communist Party of the USA says in her detailed review. ‘RRR is a movie with big action, compelling twists, and endearing characters. By embedding real history and struggle within this epic saga, it takes on an elevated flair that stays with the viewer long after the credits have rolled.’

Directed by S.S. Rajamouli, who co-wrote the film with V. Vijayendra Prasad, RRR centre around two real-life Indian revolutionaries, Alluri Sitarama Raju and Komaram Bheem. The concept is interesting because the friendship in the film between the two figures is completely fictional. Rajamouli used coincidences of Raju and Bheem’s pasts to create this fictional bond. This gave the director the space to explore the undocumented period in the revolutionaries’ lives when they both chose to go into obscurity before they began to fight for their country.

It is this “what if” scenario that allows Rajamouli and Prasad to deal with themes and ideas that may have influenced the two Indian revolutionaries on their path towards becoming the important historic figures they eventually became.

Robinson writes ‘When it comes to RRR, the obvious standout is the action and over-the-top stunts. Our main characters, Raju and Bheem, are nearly superhuman characters, achieving fantastical feats. It’s clear that Rajamouli wants the audience to fully embrace the larger-than-life potential of these two young freedom fighters. There will be moments involving tigers, motorcycles, and explosions that will surely feel outlandish, but it is in this hyper-reality that we’re able to embrace the metaphorical weight of who these characters were in real life—and the insurmountable odds they were up against in battling British colonialism. So, if you’re expecting a more down-to-earth fictional drama, this may not be your cup of tea.’

N.T. Rama Rao Jr. and Ram Charan, who portray Raju and Bheem respectively, have great chemistry as two unlikely friends both on their own individual missions of rebellion. Viewers will understand both of their plights and root for their wins against the main villain of our story—the British Raj.

Unlike comic book hero-based action films, there is no singular monstrous villain with cartoonish wants for world domination. RRR uses the all-too-real brutality of the British empire as the force of evil in this tale. The British Raj was the period when London ruled the Indian subcontinent between 1858 and 1947. The racism and oppression of the British Raj is on full display in the film, giving a raw glimpse of what our heroes were up against during their lifetimes. And while the film is focused on our male main characters, there are a few women who play pivotal roles in the movie as well.

However, Robinson says that the movie could have been shortened a bit. According to her ‘This movie is long. It goes on for three hours and seven minutes. Now, in a world where Marvel and DC films are clocking in at close to three hours, this may not seem like much for many. But it may be a deal-breaker for those who want stories in a two-hours-or-less format. Could the movie afford to shave off some minutes? Of course. There are a few scenes that feel repetitive, and some (awesome) action scenes that go on longer than they probably need to. But if the viewer fully embraces the world of this epic saga, they may forgive director Rajamouli for his indulgence.’

Another element that might not gel well with audiences is that RRR can’t really be contained into one specific genre. Yes, it is an action film. The drama is heavy at times dealing with themes of racism, oppression, and violence. Then again, there are many scenes that give way to laughter that aren’t just comedy relief. There is also some really great singing by a number of characters and Bollywood-style dance scenes. It has a lot of everything in it. Once again, while many will enjoy the ride, some may want the film to pick a specific lane.

Yet, the relevancy of RRR cannot be denied. At a time when there are those who seek to burn books and stifle truthful education, a fun film that may peak the interests of viewers to explore revolutionary history is a great thing, she observes candidly.

Alluri Sitarama Raju was an Indian revolutionary, who waged an armed campaign against the British colonial rule in India. He was one of the major leaders of the Rampa Rebellion of 1922. He helped to lead the combined forces of Adivasis (Indian tribal people), farmers, and other sympathizers to the cause, engaging in guerilla campaigns against the British. He was given the nickname “Manyam Veerudu” (translated into Hero of the Jungle) by villagers.

Komaram Bheem was a revolutionary leader in Hyderabad State of British India from the Gond tribes. He and other Gond leaders led a rebellion against the feudal Nizams of Hyderabad in the 1930s. Bheem decided to engage in armed revolution and formed associations with the Communist Party of India. Together, they mobilized the Adivasi population at Jodeghat, eventually forming a council of tribal leaders from the 12 traditional districts. The council decided to form a guerilla army to protect their lands. Bheem also proposed they declare themselves an independent Gond kingdom. His actions and leadership are seen as contributing to the culmination of the Telangana Rebellion of 1946.

Bheem has been deified in Gond culture and is credited for coining the slogan “Jal, Jangal, Zameen,” which translates into “Water, Forest, Land,” and is said to symbolize a sentiment against encroachment and exploitation.

As Robinson says ‘These types of heroes are not the ones we hear about every day, or in many of the approved textbooks in schools across the country—or around the world. RRR places these figures centrestage in a way that will most likely appeal to modern-day audiences. It’s a great adventure, and by the end of it, viewers may be inclined to read more about the history behind the movie.

Thus the PW critic who is rated highly in the Academy circles, has given a historical interpretation of the RRR film to the American viewers and put the content in proper perspective. The song Naatu Naatu perfectly reflects the mood of the film. Other leading American critics have also appreciated the technique, music and content equally. This is a big boost for RRR before the nomination stage.. Indian film lovers will be looking for January 12 to know whether both the shortlisted Indian films get nomination for final awards. (IPA Service)