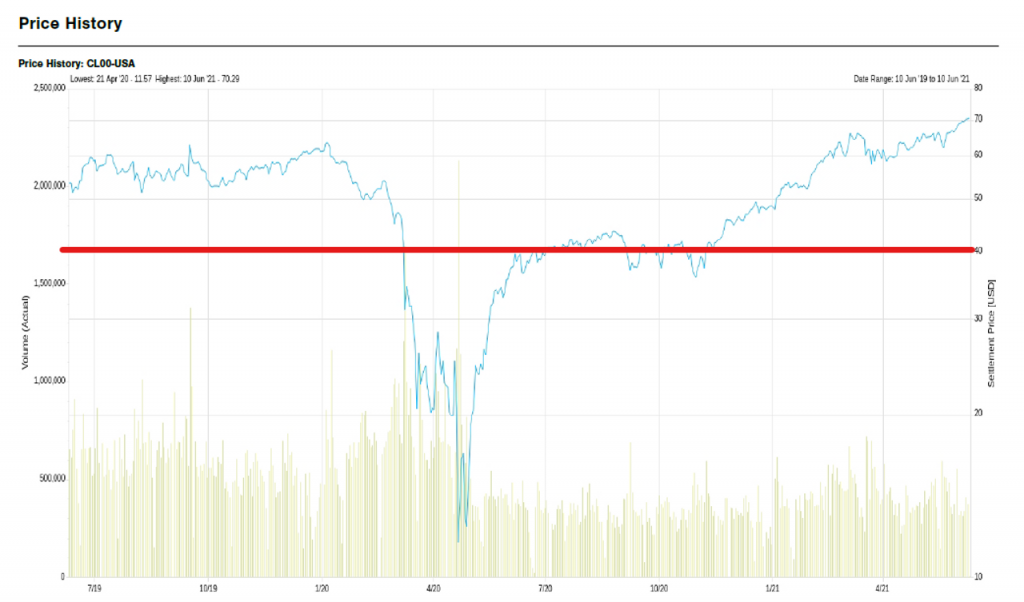 High global oil and gas prices seem to have put the government in a fix as it is unable to pass on the increasing import price burden immediately on the country’s retail consumers mainly due to the crucial assembly election in Uttar Pradesh, the country’s largest state having over 150 million registered voters this time. It is unlikely that the government will allow higher retail petrol prices before March 7, the last day of the UP assembly election. Four other Indian states — Punjab, Uttarakhand, Goa and Manipur — are also going into assembly election between February 10 and March 7.

The situation is bound to lead to a revenue loss for the current financial year. The way the oil prices are going up in the international market, the national government has to take a big blow on its exchequer until the elections are over. No one really knows the pattern of global oil price movement through the current calendar year. Under the circumstances, the government’s national budget projections may become somewhat uncertain as the Indian economy is 86 percent import dependent on oil. The rising oil and gas prices in the international market threaten to upset India’s renewed economic growth dreams for the fiscal 2022-23 and beyond.

For the first time since 2014, the global oil price has topped the US$90/bbl mark. A recent Goldman Sachs forecast calls for oil prices to hit $100 a barrel later this year and continue to rise in 2023. Goldman sees Brent prices at $90 per barrel in the first quarter of 2022, $95 in the second quarter and $100 per barrel in the last two quarters.  Brent prices may go up further to $105/bbl or beyond in 2023. The global supply situation and rising political tensions between Russia and Ukraine have added to concerns about further disruption in an already-tight international oil market.

According to the US Energy Information Administration (EIA), at the Title Transfer Facility (TTF) in the Netherlands, the most liquid natural gas spot market in Europe, the day-ahead prices rose an average $2.30 to a weekly average of $28.72/MMBtu. In the same week last year (week ending January 27, 2021), prices in East Asia and at TTF were $8.61/MMBtu and $7.21/MMBtu, respectively. The price of the February 2022 NYMEX contract increased 24.6 cents, from $4.031/MMBtu to $4.277/MMBtu. The price of the 12-month strip averaging February 2022 through January 2023 futures contracts climbed 17 cents to $4.185/MMBtu.

The Paris-based International Energy Agency (IEA) feels that global prices for key energy commodities are in the “danger zone” for the majority of developing countries, laying the blame in part on a lack of oil and gas supplies from OPEC producers and Russia respectively. On the demand side, crude oil imports by China and India are expected to go up substantially in 2022. China is the world’s largest oil importer. India ranks 3rd, after the US. “China and India will resume their front-line status in being the engines of growth in 2022, but Southeast Asia will also contribute substantially, especially in countries with high vaccination rates,” S&P Global Platts Analytics say.

Over January-November, India’s crude imports rose 5.8 percent year-on-year to 191.8 million mt, or 4.2 million barrels per day (b/d). According to Platts analytics, India’s refinery runs are expected to rise by 370,000 b/d to 5.2 million b/d in 2022 amid strong domestic demand as economic activity gains steam and export demand rises. At an import price $100 per barrel (fob), retail petrol price in India may come close to Rs.140 per litre surpassing last year’s record of Rs.120 per litre. In last October, petrol price in Delhi went up to Rs.107.94 per litre while diesel is available for Rs 96.67.

Increase in oil prices will also have impact on India’s oil transportation cost as freight rates are bound to go up further this year. Lately, the country has started sourcing crude oil from across several geographical locations to ensure the security of crude oil supply lines by easing dependence on any single region. This could prove to be costly in times of high crude oil prices. During 2020-21, the country imported a substantial part of its crude oil supplies from Iraq, the US, Nigeria, Saudi Arabia and the UAE. Overall, West Asia’s share in the country’s import basket of oil was around 50 percent, followed by Africa and the US.

India has been gradually reducing its dependence on the oil-rich sheikhdoms of West Asia and the members of the Organisation of Petroleum Exporting Countries (OPEC) for its crude supplies. As for now,  it is the world-wide crude oil shortage which is a matter of concern. An IEA report says the supply gap is nearly one million barrels per day worldwide. The growing geographical tensions in Europe, Chinese military threat against Taiwan and South China Sea, horrific bloodshed in Ethiopia, a Taliban triumph in Afghanistan, amid growing US attention on the Asia-Pacific region and a climate emergency, and reducing fresh investment in petroleum exploration and production, have added to the oil supply concern.

Higher oil prices are bound to have an all-out impact on inflation, pushing up the government expenditure beyond the original budget proposal and impacting the fiscal deficit. Normally, a 10 percent increase in crude oil price leads to nearly one percent increase in the Wholesale Price Index (WPI) in India. Experts say that at the projected increase of global oil prices through 2022, the WPI may grow by six to eight percentage points during 2022-23.

The consumer price index (CPI) may go up by similar percentage points. It is also likely to erode the value of rupee vis-a-vis the US$ and other major international currencies. The overall import value in Indian rupee will surge. A 10 percent hike in oil prices is expected to raise India’s current account deficit (CAD) by nearly $15 billion or 0.4 per cent of GDP. This will naturally bring a negative impact on INR. Unfortunately, this is coming at a time when the country is really bullish about defeating the Covid-Omicron scare to put itself on a high economic growth track. (IPA Service)