Shinde faction gets ‘two swords and shield’ as symbol 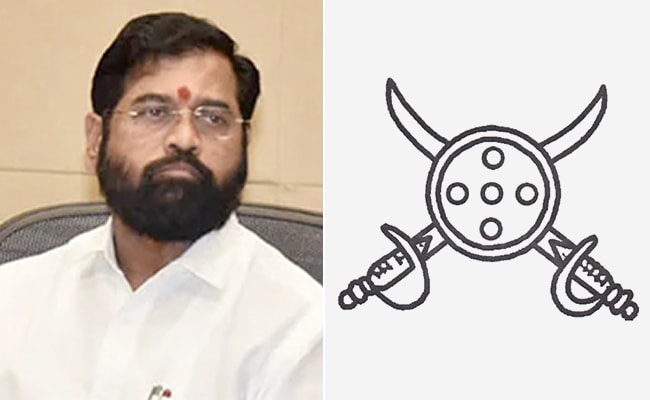 The Shiv Sena faction led by Maharashtra Chief Minister Eknath Shinde has received the ‘Two swords and shield’ as symbol for the upcoming by-election in Andheri (East), the Election Commission said today. The Commission has already allotted the name “Balasahebanchi ShivSena” for his group.

In its letter, the Commission said the “Dhal Talwar” suggested by the Shinde faction was not on the list of free symbols.

The two factions of Sena — led by Eknath Shinde and his predecessor Uddhav Thackeray — are being allotted new names and symbols as an interim measure as the Commission takes a call on the “real Sena” question.

Shinde’s faction has laid claim to the party’s “bow and arrow” election symbol along with the legacy of founder Balasaheb Thackeray. The group is not participating in the coming bye-polls. A BJP candidate will be representing the ruling alliance. But the Shinde faction has demanded that the Uddhav Thackeray group not be allowed to use the “bow and arrow” symbol.

The Commission, which put the “bow and arrow” symbol on freeze, then decided on allotting new names and symbols as a provisional measure.

Yesterday, the Commission said the Uddhav Thackeray faction will be known as the Shiv Sena Uddhav Balasaheb Thackeray and its party symbol will be the mashaal (flaming torch).

Thackeray’s faction has challenged the freeze on the bow and arrow symbol in the Delhi High Court, contending that the Commission cannot take such a decision without a hearing. “The freezing of the symbol by ECI is actuated by malice in law. No candidate from the group led by Eknath Shinde is contesting the said election,” his petition read.

The Sena versus Sena tussle started in June after Mr Shinde split the party vertically, leading 48 MLAs in a BJP-backed coup against Uddhav Thackeray, who was Chief Minister at the time. The Maha Vikas Aghadi government collapsed and Mr Shinde formed a new government with the BJP.

The Shinde faction is now vying with the Thackeray faction for the party name and election symbol, claiming that they are the true heirs of Balasaheb Thackeray, party founder and the father of Uddhav Thackeray.

The row over the election symbol has reached the poll body. Sources have said that the decision is likely to be taken on the majority rule, where the Commission will take into account the strength of legislators and party office bearers on either side.