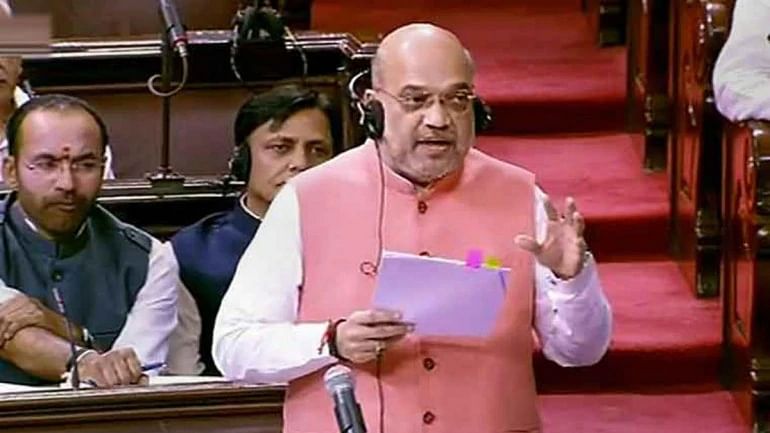 Union Home Minister Amit Shah’s deafening announcement at a rally at Siliguri in Bengal that the Citizenship Amendment Act (CAA) will be implemented once the Covid-19 situation is over has multi dimensional implication.  In recent months Shah has announced many programmes to be implemented in near future. He is also contemplating to implement Uniform Civil Code. Shah in right earnest has started preparing the ground and setting agenda for the 2024 Lok Sabha elections while the opposition parties particularly the Congress are still busy sorting out their differences and identify the issues.

Shah choosing Siliguri to announce Modi government’s intentions is aimed at checking the BJP downslide in Bengal and assuage the feelings of the Matua community.  Apart, it has a national consequence too. A promise of Indian citizenship by the BJP leadership to Matuas, originally from East Pakistan, was one of the primary reasons for their rallying behind the NDA in the 2019 Lok Sabha polls. Now the Matuas want the government to fulfil their demand.

The Matua community is in fact divided on this issue. While some feel that the Mamata government has issued them necessary documents which establish their Indian identity. Other nurse that those documents are not enough and Modi government must ensure their rights. They are scared that if tomorrow the Modi government launches its scheme of throwing out the anti-Indian citizens, then in that situation they would also have to suffer. The pro-BJP Matua leaders are unable to comprehend that why has the Modi government maintaining a passive silence on this issue?  With growing anger among the Matua community it has become a tough proposition for the BJP to work out the correct solution notwithstanding Shah’s reiteration that the CAA was a reality, is a reality and will remain a reality.”

In the 2019 Lok Sabha elections the BJP had won 18 seats, and led in 33 of the 68 SC-reserved Assembly segments in the state. Of these 33 seats, 26 are Matua-dominated. In the 2021 West Bengal Assembly polls too, of the 26 seats in North 24 Parganas and Nadia districts where Matuas have a strong presence, the BJP won 14.

In retaliation to Shah’s assertion state chief minister Mamata Banerjee said she will continue to oppose the CAA and NRC, and reiterated that the issue of citizenship was the BJP’s ploy to fool the masses. “They (the BJP) are not winning in 2024. The CAA is their plan. Why are they not bringing it? After one year, he (Amit Shah) has come here. He should hide his face”.

In fact the CAA aims to ease citizenship for those who have migrated to India from neighbouring countries fearing religious persecution. In West Bengal, with lakhs of Hindu refugees from East Pakistan or Bangladesh, the issue is of great importance.

Though the Act had been passed by Parliament in December 2019, the Modi government refrained from formulating rules following massive protest across the country. Last month Shah sought five more months to formulate the rules.  The announcement is also a mechanism to terrorise the Muslims. Since earlier they had taken the lead in protesting the passage of the Act, Shah is working on the design to keep them under thumb and terrorise to the maximum so that this time they could not raise voice of protest against his move.

The CAA had drawn a lot of criticism for specifically leaving out Muslims from its provision of citizenship for refugees. But for BJP this is the best ploy to frighten the Muslims. Incidentally Shah is planning to bring Uniform Civil Code besides other anti Muslim policies, in near future, precisely just ahead of the 2024 general election. These policies and programmes may not harm the Muslims in real sense but these would facilitate Modi and Shah to win the Hindu votes by creating the anti-Muslim phobia.

Hindus constitute eighty per cent of the total population but hardly 30 percent out of the total Hindus vote for the BJP. Though the supporters of Modi claim  that he is a charismatic leader and enjoys the total support of the Hindus, the fact remains that Hindus maintain a passive attitude towards him. It is only the supporters and cadres of the RSS and BJP and other Hindu organisations that have been clamouring for him.

Shah has been on the mission to project Narendra Modi as the best administrator and also as the “Hindu hridaya samrat” (king of the Hindu hearts).  He has been announcing all the programmes with the sole aim of enticing the non-committal Hindus.  He intends to prepare a strong perception among Hindus that they are under attack from Muslims.

True enough his machinations make it explicit that RSS and BJP leadership is not sure of winning the 2024 Lok Sabha elections.  For ensuring that the BJP again comes to power it is imperative that the drooping image of Modi must get a booster dose and the   appearance of the party ought to be galvanised.

It was with the  intention of  to boost the image of Modi that while writing in the book ‘[email protected] Dreams Meet Delivery’, Shah remarked that Narendra Modi is now the template for what it means and takes to be a “national leader”. He even asserted that the label was earlier handed out to even politicians of no proven merit and only capable of winning election from one or two safe Lok Sabha seats.

He also said “while national leaders were identified in the immediate aftermath of the independence movement by their “name recall” across regions because of their participation in the freedom struggle, in the latter decades, notably at the height of the coalition era, the expression came to be much abused, he said, adding that Delhi media generously distributed the status to its “friends and favourites”.

Shah said such “facile and insincere manufacturing of national leaders” was shown up for what it was after Modi led the BJP to its biggest Lok Sabha win in 2014 before repeating the feat with a bigger margin in 2019.

With Modi’s appeal being seen as a major factor in the BJP’s win in state polls, including the recent phase of five assembly elections, he said the prime minister embraces state campaigns, issues and idioms. As the image building exercise Shah said “Modi’s measures as prime minister for distributing cooking gas cylinders among households and building toilets as part of the Swachh Bharat Mission stemmed from this understanding”

What made Shah to undertake this exercise is not a secret. While the charisma of Modi has been on decline, the party is witnessing factional fights in all the states, reminiscent of Congress culture. The state leaders are now no more willing to listen to the directives of Modi and Shah. Their whips have lost impact and impression.  In this situation the only way out before them is to refurbish the image of Modi. (IPA Service)