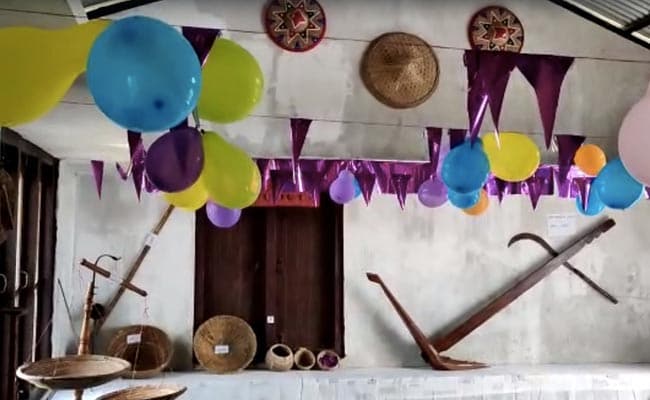 A controversy has erupted after the All Assam Miya Parishad inaugurated a Miya museum in Goalpara district last week. The state government has sealed the museum, saying the building is a Pradhan Mantri Awas Yojana (PMAY) house and was not allocated to be used as a museum.

The parishad’s chief Mohor Ali and another leader, Abdul Baten, have been detained in connection with a case filed in Nalbari district over their alleged links with an Al Qaeda module. The Assam Police since April have arrested some 40 terror suspects in connection with the Ansarullah Bangla Team, an affiliate of Al Qaeda in the Indian subcontinent.

Assam Chief Minister Himanta Biswa Sarma has raised questions on the funding of the so-called museum.

The museum issue is significant since the Bengali-speaking Muslims, who are often accused of being illegal immigrants from Bangladesh, are referred to as “Miya” in Assam in a pejorative way. They comprise 30 per cent of the 3.12 crore population of Assam. In the last assembly election, the BJP’s main campaign was to protect the “bhumiputras” of Assam against illegal immigrants.

The government action against the controversial Miya museum came after Chief Minister Himanta Biswa Sarma broke his silence over the museum, which was inaugurated on Sunday by the All Assam Miya Parishad.

“From where they got the money to do this [set up museum], the police will investigate. It is time for the Assamese people or people of Indian origin to think. There will be a case in this regard,” Mr Sarma told reporters in Guwahati.

Lessons for India from Rishi as PM brings Tharoor cup of woes
Posting....