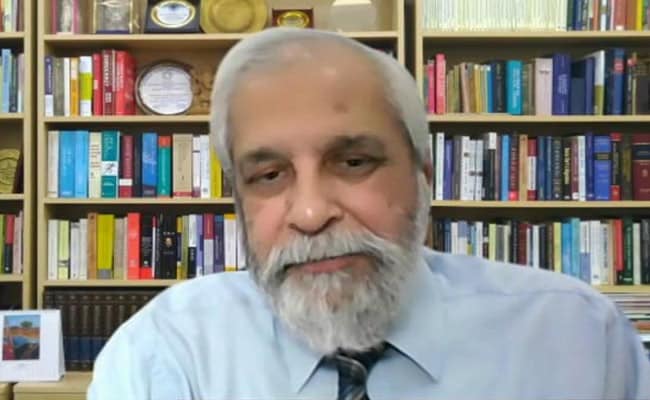 Efforts to infringe on the freedom of judiciary will not work, former Supreme Court judge Madan Lokur told NDTV in the backdrop of the judiciary’s escalating friction with the government on the subject of judicial appointments. He also questioned Law Minister Kiren Rijiju’s recent statements critical of the judiciary, saying they are “completely unprovoked” and therefore “shocking”.

“There is no way the government can take away the independence of the judiciary through legislation or constitutional amendment,” Justice Lokur said, when asked about former law minister Kapil Sibal’s accusation that the government was trying to take away the “last citadel of freedom”.

In an interview with NDTV earlier today, Sibal had said: “This (the judiciary) is the last citadel of freedom they have yet to capture. They captured all other institutions (pardon my saying) from the Election Commission to post of Governors to Vice Chancellors of universities to the ED (Enforcement Directorate) and the CBI (Central Bureau of Investigation), the NIA (National Investigation Agency) and of course the media.”

Rijiju said that long vacations of the Supreme Court were inconvenient for litigants and the court should not hear “bail applications and frivolous PILs” at a time when the pendency of cases is so high. The issue of vacancies and appointments in the higher judiciary will continue till a new system is created, the minister had reiterated.

“Why should the Supreme Court not hear bail applications?” Justice Lokur questioned. “Does the law minister want everyone to be in jail? Why should public interest litigations not be taken up? Is he trying to say the Supreme Court should not act in public interest? I can’t figure out what he is trying is trying to convey,” he added. The minister’s statement, he remarked, is “not good for judiciary, the government or the people of India.

Regarding the delay in clearance of judicial appointments, Justice Lokur pointed out that the recent appointment of Justice Dipankar Datta was cleared by the government after two-and-half months.  Asked if this was deliberate, he said, “Looks like it. What else could be the reason?”