Russian War In Ukraine Is A Paradigm Shift In Global Geopolitics 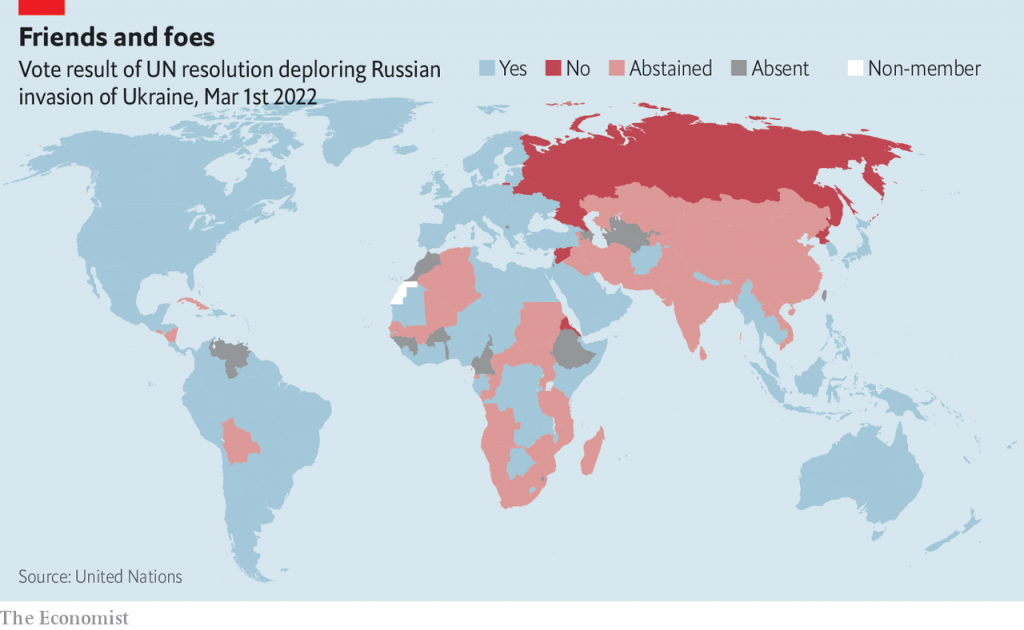 Liz Truss says the Russian invasion of Ukraine is a “paradigm shift” similar to the September 11 2001 terrorist attacks on New York. This is likely to be true. Russia’s assault on Ukraine is the first major war launched in the 21st century by a power not aligned with the United States.

It is a brutal assault, and the fact that the United States has launched wars just as bloody and illegal in Afghanistan or Iraq cannot be used as an excuse for the Russian war. Nor does the fact that it is a war waged in opposition to the US make it in any way “anti-imperialist,” while two of Putin’s supposed targets — NATO expansion and the Ukrainian far right — are likely to be significantly strengthened by his decision to invade.

Nonetheless, it is vital that the left distinguishes between opposition to war and cheerleading for our own governments’ responses. Truss’s reference to September 11 is important. Condemning the terrorist attacks on New York does not mean endorsing the “war on terror” that the United States declared in response.

To say “the cure was worse than the disease” is not quite right, because September 11 was seized on by neoconservatives like Dick Cheney to push an agenda that predated it — such as the attack on Iraq, which had nothing whatsoever to do with that atrocity. But it is true that the invasions of Afghanistan and Iraq spread terrorism and destabilised entire regions, claiming millions of lives. The spread of jihadist terror across Africa, the Middle East and central and south Asia was fuelled by them. The extraordinary rendition and torture programme and “counter-terror” legislation in the US and Britain did lasting damage to the rule of law.

And, indeed, Washington’s contempt for international law and willingness to attack countries and redraw borders provided an example that other unscrupulous governments might follow, if they were strong enough. We cannot afford for the “paradigm shift” in response to Russia’s attack on Ukraine to be similarly disastrous. Our rulers cannot be trusted to respond in ways that advance rather than undermine peace and security globally.

Truss calls for more military spending and more economic “decoupling” both to directly hit Russia economically and to make Western powers less reliant on its exports. As with the “war on terror” — which came after the first major US war of the post-Soviet age, that on Yugoslavia — the prescription accelerates existing trends. Britain was already ramping up military spending, and a US-led push to cut trading ties with its main rival China was already working against “free trade” and international co-operation.

The sanctions on Russia will reinforce that, while their severe impact is already leading other big countries such as India to look at “decoupling” measures that would make them more resilient if singled out for similar punishment. The war is also being used to downplay commitments on health or climate change. Lithuania cancels vaccine shipments to Bangladesh; the government here pauses environmental legislation to pass measures related to Ukraine.

If the world divides into rival armed camps, the prospects of meeting challenges like Covid-19 or addressing global warming recede. And our government faces big choices, as the Institute for Fiscal Studies said today. In his Spring Statement, will Rishi Sunak do anything about soaring energy and food costs? Will he increase military spending? If he does, will he borrow more or tax more (and tax who?) or cut spending on health, education, transport? Will he invest in domestic manufacturing and agriculture?

These are decisions that will have a huge impact on ordinary people. The TUC may have called off its March 19 Blackpool demonstration over the cost of living in light of the war crisis, but the labour movement cannot sit this out. Our voices need to be heard loud and clear by our government at this time. (IPA Service)

Covid-19 Had Big Impact Globally On Social And Domestic Life Of Women
Posting....