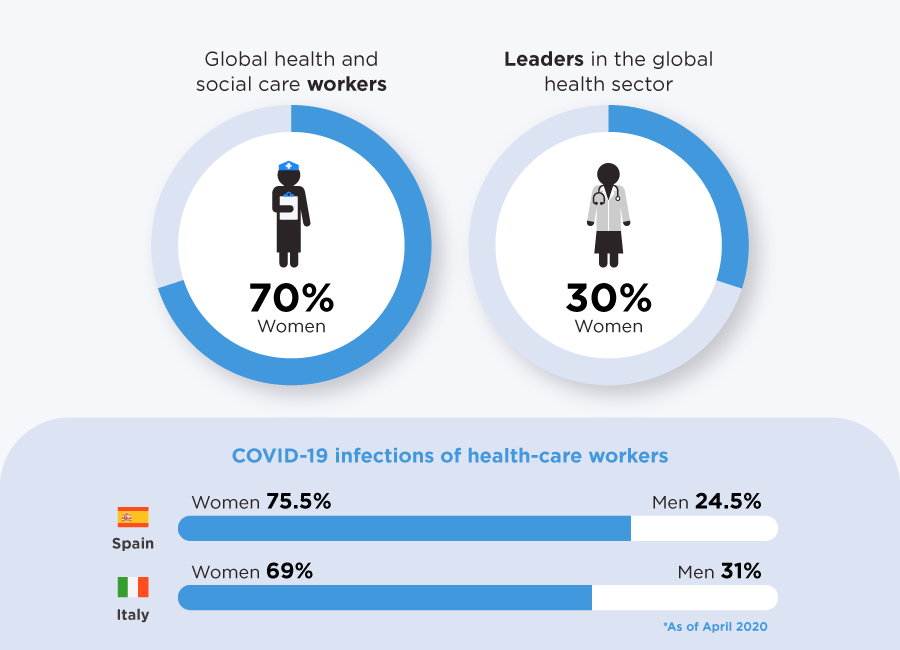 Across the world, the COVID-19 pandemic is known to have dramatically increased gender inequality, but India is probably one of the most extreme examples of this brutal process.

Women — and especially young women — were the worst casualties of the employment crisis generated by the pandemic and the consequent lockdown. Work participation rates of women collapsed to unimaginably low levels, to just above 10 per cent of working age women, from what were already some of the lowest rates in the world. Women were disproportionately more likely to lose employment during the lockdown, in both urban and rural areas. Worse, unlike for men, women’s employment did not recover at all when the lockdown was lifted, but continued to decline.

Women self-employed workers were badly affected by the collapse of markets for their products and services, and also by the insistence of most microfinance institutions on repayment throughout this period. In general, studies found that women, Dalits and Muslim workers were the worst affected in labour markets.

This was reflected in many ground reports. A study of more than 5,000 informal workers across the country conducted by the Azim Premji University found that 71 per cent of women casual workers in rural areas lost their jobs, compared to 59 per cent of men. A survey of informal women workers in the National Capital Region of Delhi two months into the lockdown found that 83 per cent of the surveyed women workers faced severe income drops. This was especially marked among construction workers, all of whom lost their jobs and got no pay, while only six per cent got any relief from the welfare boards specifically set up for construction workers. 97 per cent of street vendors also faced complete loss of income, and since many of them had taken loans from informal moneylenders to procure their wares, repayment became a major concern.

Women waste pickers lost income because they faced greater difficulties not only in collecting waste, but segregating and selling it, and they were forced to sell at significantly reduced prices because only a few dealers were still operating during the lockdown. Home-based workers, who typically did piece-rate work under contract for suppliers, reported that their payments for work already were being withheld, while new orders were not coming in because of disruptions in supply chains. Domestic workers mostly did not get paid during the lockdown period, as restrictions prevented them from getting into employers’ homes. Those who did manage to keep their jobs had to confront falling wages: more than four out of five women informal workers interviewed experienced lower money wages.

Meanwhile, as is typical in gender-blind public policy in India, the lack of recognition of women farmers meant that they were particularly disadvantaged during the lockdown. A survey by SEWA [Self Employed Women’s Association] Bharat found that, since very few women farmers have independent means of transport, they were unable to procure the required passes for transporting goods. This meant that they were unable to sell their produce in the larger markets. Therefore, they were forced to sell at much lower prices than they otherwise would have, and also lower than men farmers who could get their produce to the more remunerative markets. Many women small landholders even shifted to subsistence farming, because of reduced market access.

There was significant decline in access to food during the pandemic. A study by the Right to Food Campaign and the Centre for Equity Studies found that, nearly two years after the pandemic first broke, eight in ten of the surveyed households reported some form of food insecurity during the pandemic, and a quarter reported severe food insecurity. More than two-fifths reported a deterioration in the nutritional quality of their diet compared to pre-pandemic consumption. This affected women and girls even more than men and boys within households.

The school closures associated with lockdown, and the fact that most schools remained closed thereafter until early 2022, had very severe implications for child nutrition because it meant that the Mid-Day Meal programme was effectively suspended. This affected around 80 per cent of primary school students, or around 144 million children.

The closure of Anganwadis under the Integrated Child Development Scheme was another calamity. This caters to pregnant and lactating mothers as well as infant children, providing supplementary nutrition in the form of take-home rations and cooked meals, but somehow this was not deemed to be an ‘essential service’ by those in power. This suspension had very severe and potentially lasting consequences.

This closure came in the wake of a stagnant trend in child nutrition revealed by the latest National Family Health Survey [NFHS], which suggested that India was one of the worst performing countries in the world. It is estimated that around 100 million pregnant and lactating mothers relied on this, mostly those already in conditions of precarious food security. There were heart rending stories of infant children weakened by lack of nutrition dying because the Anganwadi centres where mothers could previously access food were closed, and no alternative arrangements were made by the government. This was even true in urban areas, like the shop assistant in Delhi who had lost his job, whose infant son died because the mother got no nutrition support, even as the parents worried about the life of their young daughter as they were simply unable to feed her (or themselves) adequately.

But there were several other ways in which both the existing patterns of gender discrimination, and the gender insensitivity of public policy and administration combined to worsen the conditions women faced. There were greater difficulties of accessing proper care during pregnancy and childbirth. Beyond income and job losses, poorer women also suffered in health terms because of the disruption in regular health services and Anganwadi centres. It took a whole month after announcing the lockdown for the Union Government to issue guidelines on reproductive health access, which created confusion and caused many hospitals to turn women away. When the guidelines were finally issued, they scarcely helped: to enter a hospital a pregnant woman had to show a recent COVID-negative test result, but since such results typically take at least a day to come, it was not possible for a woman who had started her labour. This effectively denied many women access to institutional deliveries. It has been estimated that as many as 15 per cent of the six million pregnant women who needed critical care in the three months since the lockdown was imposed either could not receive such care or had to face huge difficulties in accessing it.

The unfortunate tendency of Indian officialdom to be insensitive to gender concerns was on show from the very announcement of the national lockdown. The list of essential commodities exempt from national lockdown restrictions released in late March 2020 excluded sanitary pads and similar hygienic products, creating confusion and leading to shortages. Some states like Karnataka and Telangana issued their notifications to include sanitary pads in essential commodities, but the lack of clarity from the union government affected production and supplies. The closure of schools similarly affected distribution, and made it impossible for girls from poor families who could not afford to purchase these at higher prices in the market to access them. One study estimated that the closure of family planning services could result in nearly 3 million unintended pregnancies, nearly 2 million abortions (more than half of them unsafe), and several thousand more maternal deaths.

Domestic violence was on the increase during lockdowns and afterwards. In the first three weeks of the lockdown alone, calls for help to the National Commission for Women from desperate women facing spousal violence more than doubled from earlier rates. Male family members’ loss of livelihood, anger and frustration at being confined to homes, as well as alcohol abuse, all contributed to the violence. One study using data on reported violence found that increases in domestic violence and cybercrime were most concentrated in districts that saw the strictest lockdown measures. (In the same period, however, rape and sexual assault complaints outside the home fell, largely because of decreased mobility in public spaces, public transport, and workplaces.)

By the end of November 2020, reported cases of domestic violence rose by almost 60 per cent over the previous twelve months. But these reported cases represented only a minuscule proportion of the actual extent of violence. It is not common in India for women to report violence committed by spouses or family members: the NFHS-4 from 2015-16 revealed that more than three-quarters of the women who had experienced physical or sexual violence had never reported it to anyone. Most women typically do not dare to call authorities or even NGOs or any ‘outsiders’ for multiple reasons; but they were even less likely to do so when they were effectively trapped inside their homes with their oppressors. Even working women like frontline care workers faced such violence, often not only from their spouses, but from in-laws who feared they could pick up the virus during their work and transmit it to the rest of the household.

In any case, pleas for help did not necessarily result in protection. Typically, the women had to remain at home with an even more enraged spouse, with only ‘counselling’ from patriarchal policemen. The statement of a Superintendent of Police in Mahoba, Uttar Pradesh typifies the attitude: “We usually do not arrest the accused in domestic violence cases on the first or even second complaint. Initially we counsel them. In fact, we do counselling of both accused and victim once, twice or even thrice. Only when we find that the situation is not getting better, do we file the FIR.” This was the general pattern, which was obviously not conducive to more reporting of violence; but things got even worse during the lockdown, when emergency calls were less likely to be responded to.

The lockdown, the destruction of livelihoods and the increase in economic insecurity had particularly adverse implications for older girls and young women, as many were forced into early marriages. There were reports from across the country of a spike in child marriages.

Overall, the period of the COVID-19 pandemic has witnessed a dramatic worsening of the conditions of ordinary women and girls, made worse by official apathy and patriarchal attitudes of those in power. It will take much effort, social mobilisation and active gender-sensitive public intervention to reverse the damage of this period. (IPA Service)

By Amulya Ganguli With the world waking up to the possibility of the temple-mosque disputes in India becoming yet another religious flashpoint, as the BBC...

By Arun Srivastava Even before Narendra Modi and Amit Shah along with the Sangh leadership could strike at the root of Mamata government and her...