Russia-Ukraine War: India In Danger Of Being On The Wrong Side 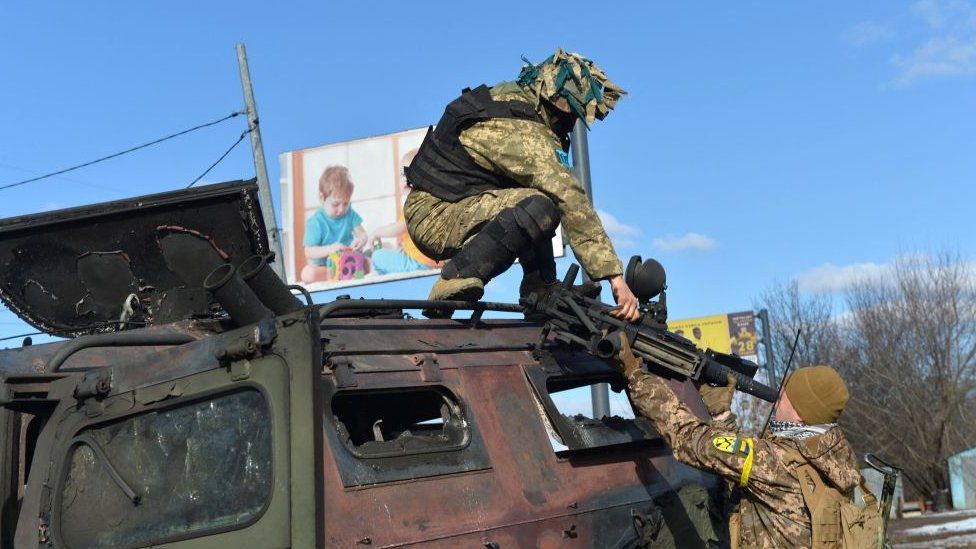 It is easy to understand the mindset of Narendra Modi’s acolytes. Their devotion is clearly propelled by his strongman image. What is less easy to comprehend is the admiration of the right-wing in India for Russian President Vladimir Putin.

That this adoration for machismo is a rightist phenomenon is obvious. But while the Indian prime minister is seen as a bulwark against China, Pakistan and jehadi elements at home and abroad, the reason for lauding the Russian president is far from clear.

His masculinity cannot be the only explanation. Nor is Ukraine a Muslim-majority country like Palestine to arouse the Hindu Right’s animus. Yet, the outpourings of some of the reputed commentators on Indian TV are not dissimilar to their diatribes against the secularists and jehadis who are usually seen to be in the same camp.

However, the Indian public in general as well as some TV stations do not seem to harbour the same ill-will towards Ukraine. Instead, Ukraine is seen as the victim of a madman’s fury. If a section of the commentators has taken a different stance, the explanation appears to lie, first, in the innate anti-American attitude of the Indian establishment and, secondly, in the proclivity towards hero-worship which has no time for democratic niceties.

The anti-American stance is a legacy of the cold war and the non-alignment movement which grew out of it. Yet, India was never really truly non-aligned since it leant towards the Soviet Union, especially during the Bangladesh war. It wasn’t until Manmohan Singh initiated the moves towards the nuclear pact with the US that India’s attitude began to change although even at that time Sonia Gandhi tried to scuttle the nuclear deal, citing the Leftists’ objections to it.

The Indian Right is merely carrying on that tradition although the Western world suspects that India is choosing the wrong side of history in doing so because of its military ties with Russia. Time will show whether this is indeed the case. But what is immediately relevant is that veneration for the strong man goes side by side with the master race concept. It was so in Nazi Germany when the Deutchlanduberalles comprised the blond Aryans. It is so in Putin’s Russia where the militaristic “Z” sign represents the new Swastika. It is so in America of the Republican Right/Ku Klux Klan of the white supremacists. And it is so in Hindu supremacist India of the RSS/BJP.

The only difficulty of Putin’s admirers in India is their realization that they should alienate America too much at a time of mutual requirements for checkmating China. If this dependence on America and the Quad made up of America, Australia, Japan and India was not there, the Indian commentators would have been even more gung-ho about Russia and critical of NATO for having pushed Russia into a corner and forced it to act against Ukraine.

However, what may have upset their pro-Russian posturing is the surprising resistance put by the previous unfancied Ukraine under the country’s valiant President Volodymyr Zelensky who was hardly known in India. It is Zelensky’s grit and determination against a supposedly far more powerful enemy which has earned him unstinted praise. At a time when heroes are hardly to come by, the world has suddenly found someone who answer to that description in every sense of the term. Pitted against him, Putin emerges a disreputable bully.

During World War II, Russia, or rather the Soviet Union, earned the unstinged approbation of virtually the entire world for standing up to Nazi Germany. The film, The fall of Berlin, won the heart and mind across the globe. After the war, the Soviet Union was seen as the saviour, especially the so-called Third World countries, from rampant American imperialism. During the Vietnamese resistance to the US invasion, the chant in communist-minded West Bengal, “amarnam, tomarnam, Vietnam,Vietnam,” was widely echoed.

Today, it has all changed. Russia has lost its hallowed place as a country to be applauded and acclaimed as a superpower which had the inner moral strength to overthrow its own brutal communist rulers and embrace democracy. But, unfortunately, the end of communism did not mean the end of autocracy. The old Czarist tradition of an imperial Russia which regarded the small nations surrounding it assert has reasserted itself under Putin. But the fatal fallacies of the earlier centuries, including the 20th, have run their course. It is a new world now where might is not always right. As Ukraine stands its ground, Putin is learning the bitter lesson which earlier would-be conquerors had learnt about the loss of thousands of lives of their own countrymen and of their neighbours. (IPA Service)

Ukraine Aftermath To Hit Vulnerable Populations Around The World
Posting....