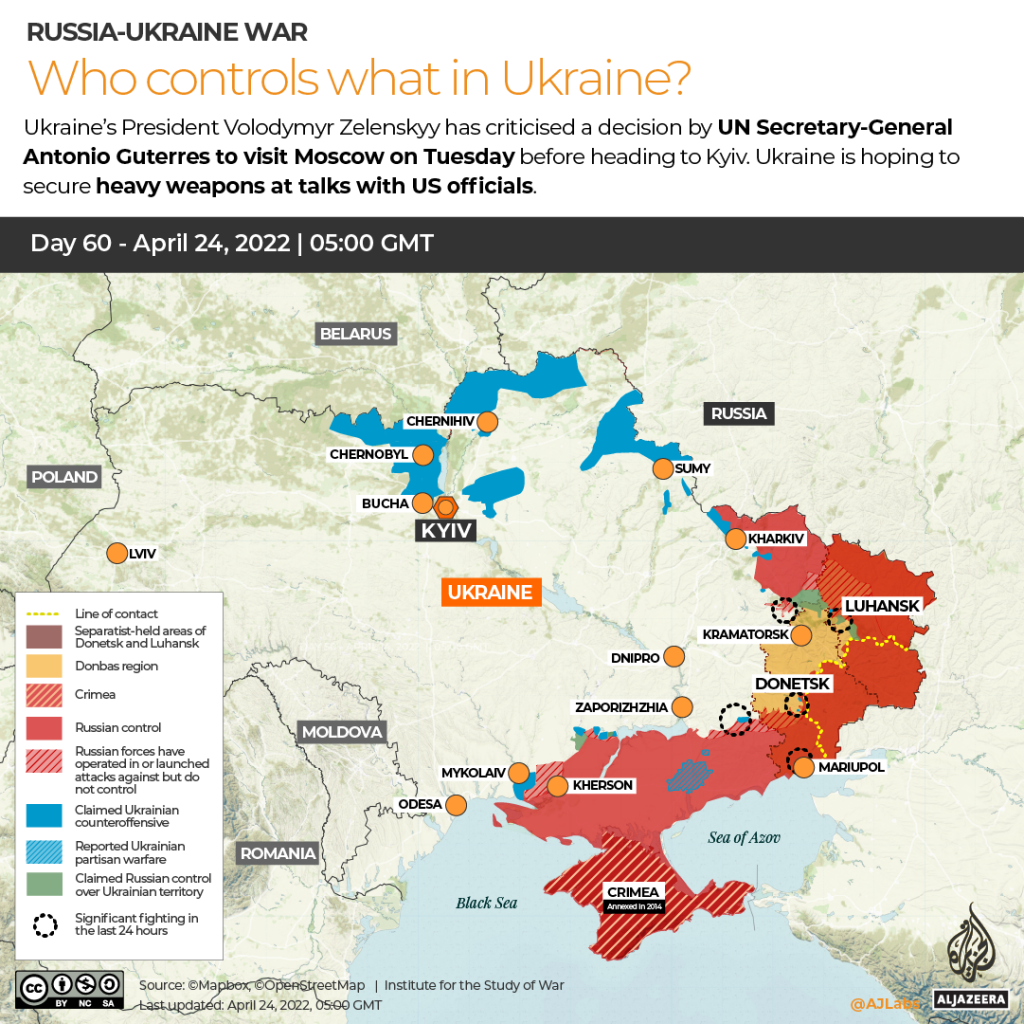 On May 23, a domestic court in Ukraine sentenced a 21-year-old Russian soldier to life in prison for committing war crimes. The soldier had shot dead an unarmed civilian in Ukraine. This was the first conviction related to the ongoing war between Ukraine and Russia. On May 31, two other soldiers were sentenced to 11 years’ imprisonment each for shelling a civilian area. The lenient sentence was due to the fact that there were no casualties.

Since the war began, Ukrainian authorities have claimed commission of around 10,000 war crimes by the Russian soldiers. Ukraine is about to begin trial for murder and rape by a Russian soldier. It is alleged that the soldier killed a man and then raped his wife multiple times. Since the soldier concerned is not in custody, he will be tried in absentia. There are also reports of rape of a one year-old boy by two Russian soldiers. The boy died after the rape. A Ukrainian prosecutor is currently investigating that case. Under international law terminology, such acts are classified as war crimes.

War crimes are, in the words of German international criminal law academics Gerhard Werle and Florian Jeßberger, violations of rules of international humanitarian law that create direct criminal responsibility under international law. International humanitarian law regulates the actions of warring parties of a war or armed conflict. These laws are provided for under the four Geneva Conventions, which protect ‘Wounded and Sick in Armed Forces in the Field’, ‘Wounded, Sick and Shipwrecked Members of Armed Forces at Sea’, ‘Prisoners of War’ and, ‘Civilian Persons in Time of War’. In addition to these four conventions, there are three Additional Protocols which provide further rules for protection of victims in international and non-international armed conflicts. Combined, these documents govern war, and protect combatants and civilians.

India domesticated the Geneva Conventions by enacting the Geneva Conventions Act, 1960. The preamble of the Act notes that it is “to enable effect to be given to certain international Conventions done at Geneva on the twelfth day of August, 1949, to which India is a party, and for purposes connected therewith.” The Act also provides ‘Punishment for Grave Breaches of conventions’ in its Section 3.

Individuals were prosecuted for war crimes for the first time at the Nuremberg Tribunal in the aftermath of the Second World War. Subsequently, many prosecutions have happened at international and ad-hoc criminal tribunals.

One of the foremost documents to outlaw war was the Kellogg-Briand Pact of 1928. Named after Frank B. Kellogg, the Secretary of State of the United States of America and Aristide Briand, the foreign minister of France, the pact made war illegal. The signatory States declared that they “condemn recourse to war for the solution of international controversies, and renounce it as an instrument of national policy in their relations with one another.” Russia was not invited to the drafting of the pact, but once the pact came into existence, Russia ratified it.

The pact didn’t say anything on aggression, but, as per Quigley, the “Soviet government then initiated the conclusion of two treaties, also involving Eastern European states, to define aggression. The Pact … had made no effort to define aggression. The two Soviet- sponsored treaties moved international law into more precise regulation of the subject of use of armed force by indicating the types of acts that would be considered to violate the Pact…”.

Quigley informs us that the Soviet Union was also on the forefront of arguing that hostage taking is illegal as per international law. Such an argument was made in the context of the German invasion of the Soviet Union in 1941. After the Second World War, the Soviet Union’s position was recognised through Article 34 of the Fourth Geneva Convention, which states that “The taking of hostages is prohibited”.

In the aftermath of the Second World War, it was the Soviet Union, through then Premier Joseph Stalin, which first mooted the idea of individual criminal responsibility for committing war crimes. In 1941, Stalin had asked for “punishment of Hitler’s criminals”. It was the Soviet Union which pushed for trial by an international tribunal, a suggestion opposed by the United Kingdom and the U.S.A. However, subsequently, both the countries, along with other victors of the Second World War, agreed for an international tribunal. They signed the Nuremberg Charter and tried German soldiers for crimes against peace, war crimes and crimes against humanity (as per Article 6 of the Nuremberg Charter).

Writing about this, Quigley mentions Soviet jurist and criminologist Aron Trainin. As it came to light later, it was Trainin who proposed the Crime of Aggression, which he had called as “crime against peaceful relations between nations” in his book ‘Hitlerite Responsibility Under Criminal Law’.

Looking at Russia’s pioneering contributions towards international recognition of the ‘crime of aggression’ and ‘international criminal trials’, one can notice the irony. As others have argued, it is Russia which is the aggressor in the ongoing dispute and hence its officials will be held accountable for the crime of aggression. Further, despite being a proponent of trials for war crimes, Russia is trying to evade responsibility for the same when its soldiers are under trial in Ukraine. This takes us to another question – can Russian soldiers be tried at an international tribunal like the ICC?

The ICC prosecutes individuals for international crimes. It has jurisdiction over genocide, crimes against humanity, war crimes, and crime of aggression. These crimes are listed under the Rome Statute, which governs the court. Russia had signed the Statute in 2000, but did not ratify it. When the ICC started investigating the Crimean annexation, Russia officially withdrew from the process of joining the court.

Neither Ukraine nor Russia is a member of the ICC. But via Article 12.3 of the Rome Statute, which allows non-members to accept the Court’s jurisdiction, Ukraine has accepted the ICC’s jurisdiction. This article states that a “…State may, by declaration lodged with the Registrar, accept the exercise of jurisdiction by the Court with respect to the crime in question”. Article 12.2 of the Statute also provides that:

“[T] he Court may exercise its jurisdiction if one or more…States…have accepted the jurisdiction of the Court in accordance with paragraph 3:

This provision is for States which are not party to the Statute, but on whose territory the alleged crimes have been conducted. Under this provision, Ukraine, which is not a party to the Statute, has accepted the ICC’s jurisdiction. This is not the first time Ukraine has accepted the ICC’s jurisdiction. Earlier, when Russia had annexed Crimea, Ukraine had used Article 12 to bring Russia’s actions before the ICC.

Despite this, it will be difficult to bring Russian soldiers to trial before the ICC. The court doesn’t try individuals in absentia and hence getting custody of the individuals will be a tough task. The court is already facing a similar situation in the Afghanistan case, in which members of the Central Intelligence Agency of the U.S.A. are to be investigated.

Such a scenario might force Ukraine to withdraw its consent to the court’s jurisdiction. However, it must be noted that in case of such withdrawal, the court will nonetheless have jurisdiction based on the current acceptance by Ukraine.

The concluded and ongoing prosecutions for war crimes in the domestic courts of Ukraine are very significant. While international crimes are generally tried at international tribunals, Ukraine’s decision to prosecute Russian soldiers in its domestic courts for these crimes is a significant shift towards addressing the culture of impunity towards such crimes. One can only hope that other countries will follow suit. Even otherwise, the fact that the ICC’s prosecutor has sought authorization to investigate crimes committed in Ukraine is a ray of hope for the victims of the ongoing war. (IPA Service)