Russia Surprises Sanction-Slappers By Exporting More Oil Than Before 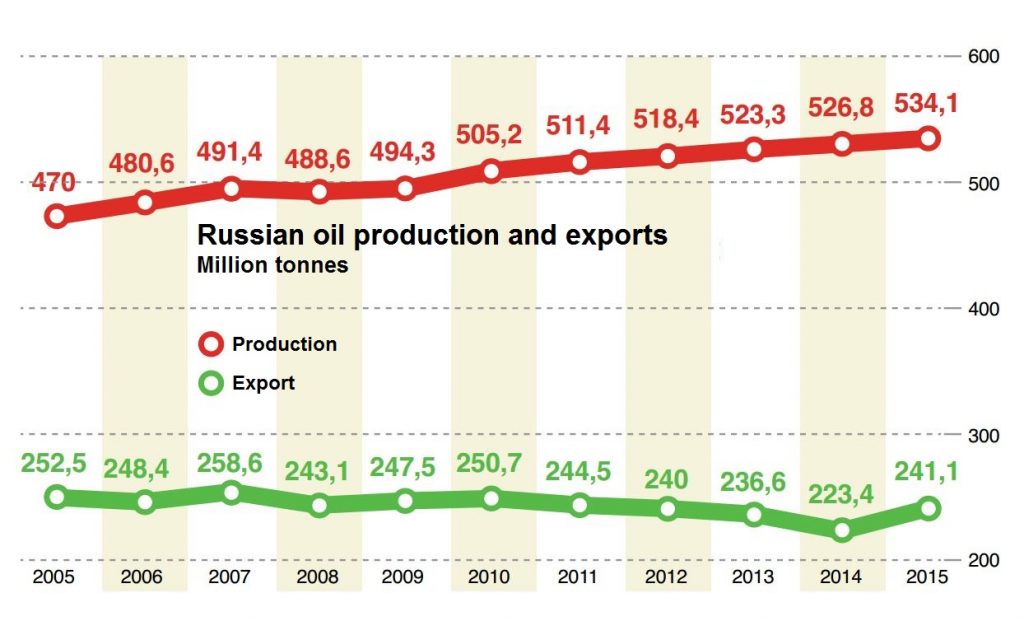 It is becoming increasingly clear that the western sanctions against Russia for its Ukraine invasion is hurting Europe more than these were meant to harm Moscow. While a guaranteed energy crisis is staring Europe on its face due to the stoppage of gas flow from Russia, even creating the scare of rationing of natural gas to meet winter heating demand, Russia’s oil output, the key target of the US-sponsored sanctions, has increased to more than pre-crisis levels, according to authentic assessments.

Russian crude production for this year is on track to be more robust than previously expected as the country’s industry has proven surprisingly resilient to the effects of sanctions over the country’s ongoing conflict with Ukraine. Russia continues to export crude at pre-conflict levels, following a huge drop in April, while refinery runs and oil output remain strong. Despite the European Union (EU) recently finalizing an embargo on Russian oil, its impact on Russian crude exports and production will be milder than previously expected as the country has shown the ability to redirect volumes.

The reasons cited are a more gradual phase-out of Russian volumes to Europe, under compliance in certain cases and lags n the first few months after the embargo came into effect. At the same time, the demand for Russian oil products both inside and outside the country ended up above expectations, leading to upward revisions in refinery runs for this year. As a result of this resilience, Rystad Energy, which has been closely monitoring the Russian oil sector, has significantly revised up Russian crude production for 2022, adding almost 700,000 barrels per day (bpd) to the previous forecast of 8.7 million bpd.

According to Rystad, crude exports from Russia continued to grow in May and stayed above 5 million bpd, in marked contrast to a widely held belief that exports would fall due to Europe’s deepening cuts to imports. With the EU finalizing its embargo in June, Russia has successfully redirected more and more volumes to Asia – primarily China and India. In spring, total crude exports were higher than pre-conflict levels, signaling that Russian producers have managed to swiftly readjust to the new market reality.

Refinery runs in Russia also began to recover in May. While Rystad Energy previously expected refinery runs to drop significantly due to a feared and more pronounced economic downturn within the country, actual volumes increased by 135,000 bpd to just above 5 million bpd. In June, refinery runs showed an unprecedented growth by 700,000 bpd driven by higher oil products demand within the country.

Given the uncertainty of Russian flows over the coming weeks and months, gas consumption reduction targets need to be in place. The EU commission has warned its member nations and industry to be ready in case of a complete cut-off of the already limited Russian supplies. Countries that heavily rely on Russia for gas imports, such as Germany and Italy, have already made plans that incentivize a reduction in gas consumption and increase gas storage to be ready for the coming winter.

It is felt that Germany, already in the second phase of its gas emergency plan, needs to prioritize storage with an aim to get to 90 percent of capacity by the end of the season. The demand in the use of gas for power generation faces destruction, which means the country will have to switch to coal-based generation. Similarly, in the industry sector, the government will have to incentivize a gas saving plan to reduce consumption, it is felt.

Germany has been planning to launch a ‘gas auction model’, aimed at encouraging industries to save gas later this summer. This plan is expected to reward companies that reduce gas consumption at their factories and plants, by introducing surplus gas auctions where costumers get paid for their unconsumed surplus.

Bloomberg reported the other day quoting the energy business of UK chemical company Ineos that Europe will need to ration natural gas to meet winter heating demand if the Nord Stream pipeline doesn’t restart after planned maintenance. The pipeline, which carries the fuel from Russia to Germany, went offline for annual maintenance this week amid concern that Moscow will keep it shut in retaliation for sanctions after its invasion of Ukraine, the agency added. (IPA Service)