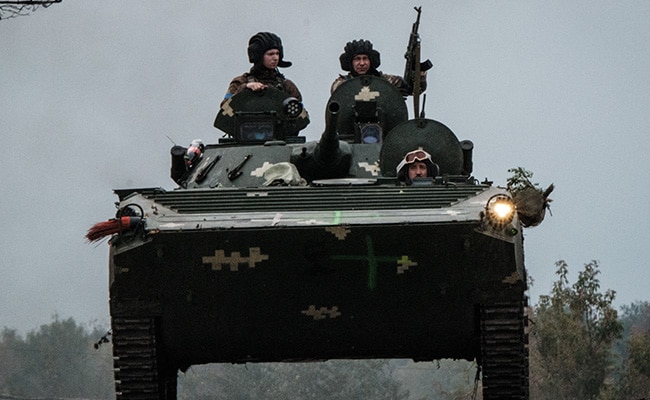 Russia said on Saturday its troops had abandoned their bastion of Lyman in Ukraine’s east for fear of encirclement and the leader of Chechnya, a close Kremlin ally, said Moscow should consider using a low-yield nuclear weapon in response.

The fall of the town is a major setback for Moscow after President Vladimir Putin proclaimed the annexation of the Donetsk region, along with three other regions, at a ceremony on Friday that was condemned by Kyiv and the West as a farce.

“Allied forces were withdrawn from the settlement of … Lyman to more advantageous lines because of the creation of the threat of encirclement,” Russia’s Ministry of Defence said.

The statement ended hours of official silence from Moscow after Kyiv first said it had surrounded thousands of Russian troops in the area and then that its forces were inside the town of Lyman.

Ramzan Kadyrov, the leader of Chechnya who describes himself as a footsoldier of President Putin, said he was unable to remain silent after Moscow abandoned the territory, which the Kremlin had proclaimed to be part of Russia just a day earlier.

“In my personal opinion, more drastic measures should be taken, right up to the declaration of martial law in the border areas and the use of low-yield nuclear weapons,” Mr Kadyrov wrote on Telegram in a post in which he derided a Russian general.

The Russian defence ministry’s statement made no mention of its troops being encircled.

“The Russian grouping in the area of Lyman is surrounded,” Serhii Cherevatyi, spokesperson for Ukraine’s eastern forces, said hours earlier.

He said that Russia had had 5,000 to 5,500 troops at Lyman but the number of encircled troops could be lower because of casualties.

“We’re already in Lyman, but there are battles,” the spokesperson said on television.

Two grinning Ukrainian soldiers taped the yellow-and-blue national flag on to the welcome sign at the town’s entrance in Donetsk region’s north, a video posted by the president’s chief of staff showed.

“Oct. 1. We’re unfurling our state flag and establishing it on our land. Lyman will be Ukraine,” one of the soldiers said, standing on the bonnet of a military vehicle.

Neither side’s battlefield assertions could be independently verified.