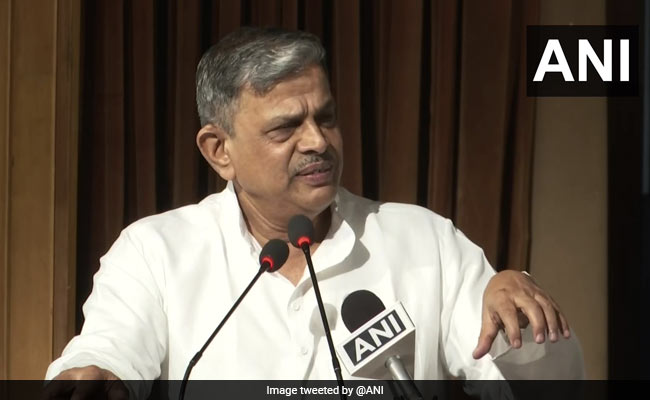 Addressing reporters after a four-day all-India working committee meeting of the Rashtriya Swayamsevak Sangh, the RSS general secretary said the organisation is trying to create awareness on conversions.

He said as a result there has been a favourable outcome of “Ghar Wapsi” — the Sangh Parivar effort to bring back to the Hindu fold people it says converted to faiths like Islam and Christianity.

He said the existing laws to prevent religious conversion need to be implemented strictly. The apparent reference was to laws in some states, including Uttar Pradesh, that prohibit conversion by force or allurement, particularly through marriage.

RSS chief Mohan Bhagwat too attended the meet in Prayagraj from October 16 to 19.

Hosabale claimed that after conversion, infiltration was the second biggest cause of “population imbalance”.

“Population imbalance caused by infiltration from Bangladesh has been seen in districts of north Bihar, including Purnia and Katihar, and in other states,” he said at the press conference in Gohania, 25 km from the district headquarters.

Hosabale said those who changed their religion should not get the benefit of reservation.

He referred to the committee formed under former Chief Justice of India K G Balakrishnan to examine whether communities that adopted other religions should get the Scheduled Caste status.

Hosabale said the meeting also discussed increasing the participation of women in social activities of the Hindu community.

“Women are entering every sector. Their role in decision making in social work must also increase,” he said.