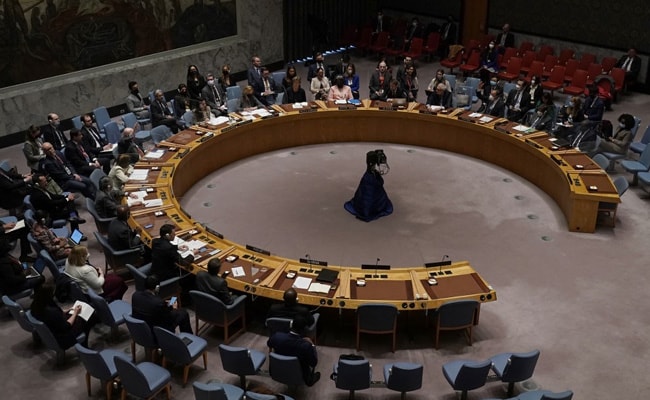 The United Nations General Assembly (UNGA) on Wednesday adopted a resolution condemning the Russian annexation of the four Ukrainian regions.

A total of 143 members voted in favour of the resolution while five voted against it. As many as 35 abstained from the resolution, including India.

The resolution comes days after Russia vetoed a similar proposal in Security Council, in which India had abstained.

The latest resolution, adopted by the members where no one wields a veto, condemns Russia’s “attempted illegal annexations” of the four Ukrainian regions following “so-called referendums”.
This vote comes two days after Ukraine and Russia clashed in the UNGA on Monday.

On Monday, India voted to reject Russia’s call to hold a secret ballot at UNGA on a draft resolution to condemn Moscow’s “attempted illegal annexation” of Ukrainian territories.

#IndiaAtUN#India‘s 🇮🇳 Explanation of Vote at The Eleventh Emergency Special Session of the @UN General Assembly at the United Nations. @MEAIndia@IndianDiplomacy@IndiainUkrainepic.twitter.com/9YBHpmT20e

Albania requested an open vote after Russia proposed a secret ballot on the resolution on Ukraine. India voted in favour of a procedural vote called by Albania.

The Albanian proposal received 107 votes in favour, with 13 countries opposed to the vote and 39 abstentions. Twenty-four countries including China, Iran and Russia did not vote.
Russian President Vladimir Putin in the last week of September signed the documents to formally announced the annexation of four regions – Donetsk, Luhansk, Kherson and Zaporizhzhia.

This week saw heightened tension between Russia and Ukraine after the Crimea bridge blast, which prompted missile strikes on major Ukraine cities from Moscow.

Condemning the Russian actions, UN chief Antonio Guterres said he was deeply shocked and represented “another unacceptable escalation” of the war.

The strikes which have reportedly caused widespread damage to civilian areas and led to dozens of deaths and injuries showed that “as always”, civilians were paying the highest price for Russia’s invasion of February 24.

Putin this week warned of “harsh” reprisals after the Crimea bridge attack on Saturday. In a television appearance, Putin said Russia had struck military and infrastructure targets across Ukraine following the Crimea bridge blast.