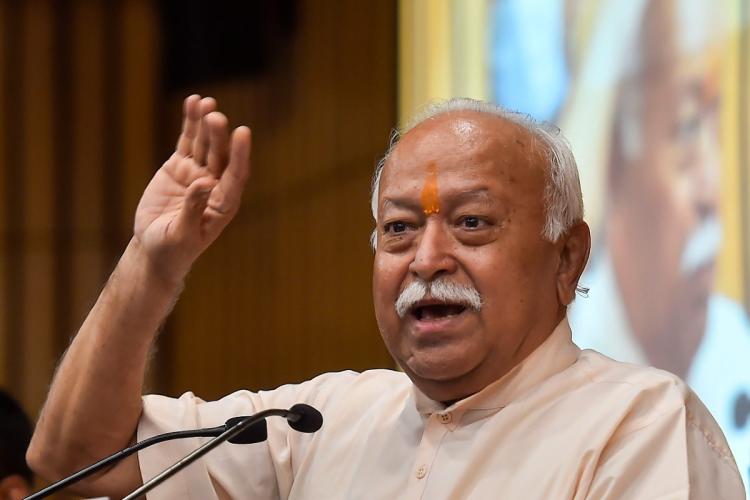 The Rashtriya Swayamsevak Sangh (RSS) is not known for evolving the device of communal harmony. An insight into the working of the RSS would unravel the truth that its Maharashtrian Brahmin leadership are known for striving to give a concrete shape to their basic idea of “Hindu Rashtra”. They regularly demonise Muslims, Dalits and backwards.

The sudden outreach of its chief Mohan Bhagwat to the Muslims has certainly not come as a surprise. It has got at least two major components. First, it is a well-planned design to resuscitate the declining control of its ecosystem on the political narrative of the country, and second, to create confusion amongst the Muslims about its real intent. His move also aims at sending the message across to the Muslims, liberal, centrist and secular elements of the country that the saffron leaders are stern believers of the democratic norms and have firm belief in the democratic system.  What is democracy if not a dialogue?

But this outreach gives rise to a question whether the dialogue was real and honest in true sense and spirit. The Muslims relied on Bhagwat in the belief that he can bring about a real change in the social scene of this country. It appears that he responded, but the results are yet to be seen.

Indians have their only one Rashtra Pita in Mahatma Gandhi. But for the first time a Muslim clergy adored Bhagwat with the trophy of Rashtra Pita. This was for the first time a RSS chief was made to stand by the side of Mahatma.  Dose it imply that there is a concerted move to resurrect Savarkar as the true hero, so far some RSS and BJP leaders have been striving for it, and exonerating RSS of the charges of not being nationalist by supporting the Britishers.

Even a politically naïve person knows that the RSS and BJP have no love and respect for the minorities, especially Muslims. From the day an individual joins the RSS he is fed with the hatred towards them. Obviously in this backdrop it would be sheer childish to expect RSS to befriend them.  The RSS and BJP lack the basic idea and perception to restructuring the Indian polity in a positive manner. If they had this thinking entrenched in their mind, they certainly had not alienated the farmers, workers, students, and certain religious and regional minorities away.

On the contrary these people have clear vision/idea of future India. The recent desperation of RSS and BJP to win over this section of the society owes to their being an antithesis to the ideology of the BJP and RSS. It would not be unfair to say that the RSS outreach to Muslims clearly manifest its hypocrisy and opportunism. Bhagwat has never during the Modi rule spoken against vigilantes involved in lynchings or he pulled up the BJP leaders for patronising the mercenaries. He has always provided ideological and political cover to these elements.  Naturally question arises what has changed now that makes him to reach out to the Muslims?

RSS chief Mohan Bhagwat’s recent meeting with a group of Muslim intellectuals and asking them to explain why Muslims treat the Hindus as Kafirs and his subsequent visit to a Delhi madrasa has been the most talked about topic particularly in the social media. Many have rushed to heap praise and credit on Bhagwat for “reaching out” to Muslims, for “starting a dialogue”, for trying to “bridge the divide”.

Bhagwat visiting Delhi madrasa at a time when BJP governments in UP and Assam, which are full of Sangh functionaries, have been busy maligning madrasas. The BJP leaders openly accuse them of being the breeding premises of terrorists.  It was a coincidence when Bhagwat was trying to win over the trust of the Muslims, the  offices of the People Front of India,  a Muslim organisation allegedly involved in promoting terrorism and terrorist philosophy, were raided across the country  in the most blatant manner.  The BJP governments in states are keen to know what is being taught in the Madrasas and for this a survey has been also initiated, but the governments are reluctant reveal the nature of the education being imparted at Saraswati Shishu Mandir, run by RSS. Bhagwat suggested to the Imam that students at Madrasas should also read the Quran and Bible along with the Bhagwad Geeta. Whether the same is reciprocated in the Sishu Mandirs of RSS is to be seen.

While RSS functionaries called Bhagwat’s mosque and madrasa visits as a step towards ending “conflicts between communities” and a call to Muslims to feel and act like Indians. Does not this imply that RSS functionaries do not treat them as Indians? If they had treated them as Indians then of course this observation had not been made.  With this nature of mind-set it is unlikely that the outreach by Mohan Bhagwat would have any impact on not only the Muslims but on the larger section of the liberal and centrist Hindus. Bhagwat cannot deny that his observations and initiatives simply express political and electoral concern of the RSS and does not reflect change of heart or deviation from communal ideology.

It would be futile to expect that RSS would bring about an attitudinal change in its outlook and perception of the minorities, Dalits and Muslims. But the fact remains if it is really concerned of rebuilding its image, then in that backdrop it must keep aside its agenda of turning Indi into a Hindu Rashtra and direct the BJP leadership to work for the lower- and middle-income groups who are facing a bleak future even after eight years of BJP rule. (IPA Service)