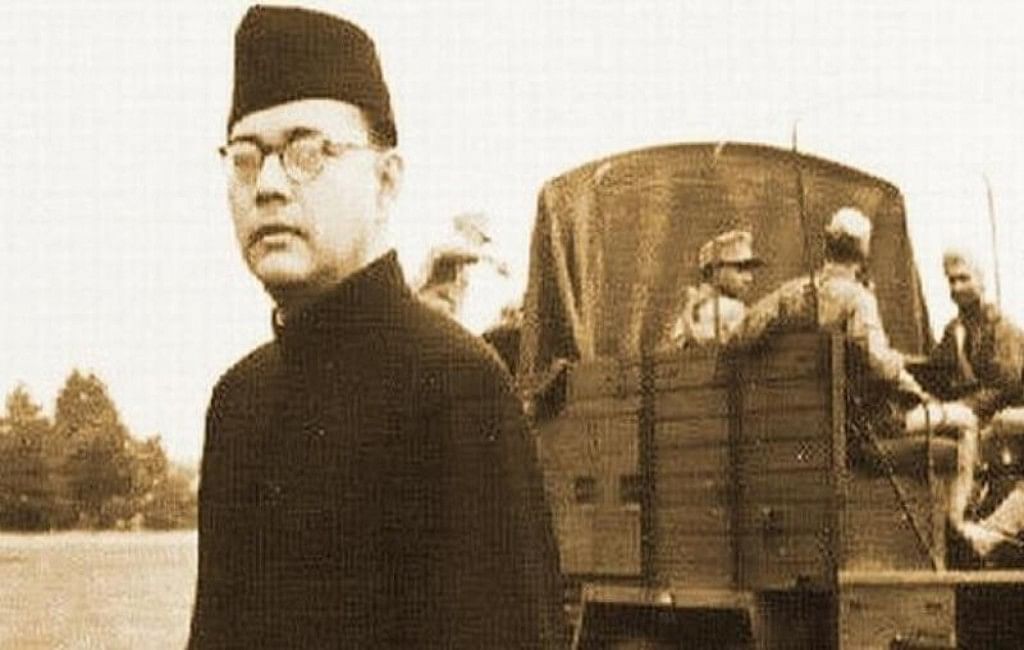 As the country is celebrating the 75th anniversary of independence, it’s an irony of history that the RSS, which remained loyal to the British, is now trying to appropriate the legacy of our secular and inclusive struggle for independence. Seventy-five years ago, our country reached an important milestone, when people of the country got liberated from the clutches of British colonialism. Our independence was the result of a century-long sustained mass struggle, with many streams of political thoughts and ideologies merging in opposition to British rule and liberated the masses from British oppression.

Our struggle for independence was not just a movement to remove the British but it also had an agenda for our country’s future. That agenda of social reforms and to liberate our country from poverty and inequality was the result of a dialogue between the major ideological currents fighting for our independence. Most important of them were the school of thought represented by Mahatma Gandhi through the policy and programme of the Congress Party, the Communists and Socialists and advocates of social reforms best represented in the work of Dr Ambedkar.

Dialogue and debate between these streams produced the values that best defined our struggle against colonialism and gave a coherent shape to the future republic and state with secularism and welfarism at its core. These values are under threat from an organization today that played no role in our long fight for independence and sided with the British, the RSS. To recognize what values came to constitute our freedom and what is under threat, we need to examine the ideological foundations of this nefarious organization and how it is against everything our founding leaders strived for.

When we achieved political independence, what form of government India should opt for was a much-debated issue. It should be kept in mind that there still were more than 550 princely states to be fully integrated with the emergent Republic and discussions around the Westminster system or the American system were common. Parliamentary democracy was

preferred by most of the leaders and it was adopted in our Constitution. Elaborating on this conscious choice made by the constitution makers including Dr Ambedkar, President K R Narayanan in his address to the nation on the 50th anniversary of independence said “that the Drafting Committee in choosing the parliamentary system for India, preferred more responsibility to more stability, a system under which the government will be on the anvil every day.”

This idea of collective responsibility is under great strain today due to the encroachments made by executive on other branches of the state under direct influence from the RSS. Attempts are on to make Parliament redundant and ineffective.

During the freedom struggle itself, the RSS, which is essentially undemocratic, was not pleased with representative democracy and constitutional safeguards. The RSS’s admiration of the fascists in Europe and their emphasis on the leader principle made the organization incompatible with the very functioning of a democratic society. B S Moonje, the mentor to RSS founder K B Hedgewar met Mussolini in Italy and told him that “I shall have no hesitation to raise my voice from the public platform both in India and England whenever occasion may arise in praise of your Balilla and fascist organizations. I wish them good luck and every success.”

The RSS still follows the rule of eka chalakanuvartitva or subservience to the one ‘Supreme Leader’, making them unfit for a democratic polity. Herein lies the RSS’s contempt for democratic rules, norms and representation. When we say that democracy itself is under threat from RSSBJP, the germs of that can be found in the very foundation and functioning of the RSS.

Another example can be taken by considering the case of secularism, an important foundational value of our freedom movement. Hindus and Muslims fought shoulder to shoulder in our fight against the British. However, it is widely known and clear from the writings of RSS leaders and ideologues that their objective is to establish a hierarchical, exclusionary and discriminatory Hindu Rashtra. Dr Ambedkar warned about this menace and said: “If Hindu Raj does become a fact, it will, no doubt, be the greatest calamity for this country.” Substantial portions of the Constitution are devoted to the state following a secular and pro-social justice model. This fell to deaf ears of the RSS leaders.

The second Sanghchalak M S Golwalkar, a proponent of divide and strife in society wrote “the foreign races in Hindusthan must either adopt Hindu culture and language, must learn to respect and hold in reverence Hindu religion, must entertain no idea but those of the glorification of the Hindu race and culture, that is of the Hindu nation and must lose their separate existence to merge in the Hindu race, or may stay in the country, wholly subordinated to the Hindu Nation, claiming nothing, deserving no privileges, far less any preferential treatment — not even citizen’s rights.”

When the nation was uniting to drive away the British, the RSS was busy finding the “enemy within”. Taking inspiration from the extremely exclusionary and divisive ideology of Hitler and Mussolini, they soon found the Muslimbogey to unite the Hindus under their divisive hold. This has led RSS to declare an open war with the country’s past as they continue to run pillar-to-post in their attempts at demonizing Muslims. It should be kept in mind that among the galaxy of leaders our freedom movement produced, no one of repute dubbed the Mughals as invaders and looters but projecting a long-drawn strife and discord was essential for the RSS.

Sardar Patel, whom the RSS is trying hard to appropriate, in his historical presidential speech at the Karachi Session of the Congress referred to “continued exploitation of India for close on two centuries”. For the RSS, this exploitation and servitude extends to the Sultanate and Mughal periods while the loyalty for the British stand solid. For the nation, the enemy was British colonialism.

For the communal sectarian RSS, it was Muslims. The difference in identifying what we are fighting against made a crucial difference between Indian nationalism and RSS’s narrow Hindutva nationalism. As is clear, RSS was against the nation at this crucial point too.

As mentioned above, social reform was integral to our fight for independence. Two major components of this reform program were related to caste and the status of women in society. The Manusmriti, consisting of the ordinances of Manu, was held responsible for the caste system in India by none other than Dr B R Ambedkar. To protest against the ignominy of caste, Dr Ambedkar publicly burnt copies of Manusmriti on December 25,1927. Dr Ambedkar fought hard and established political equality, along with safeguards for the historically deprived sections through our Constitution.

However, for the Brahamanical RSS, Manusmriti remained a source of authority and law in society and equality was impossible to digest. Less than a week after the ratification of our Constitution, the RSS mouthpiece Organiser lamented on November 30, 1949: “To this day his (Manu’s) laws as enunciated in the Manusmriti excite the admiration of the world and elicit spontaneous obedience and conformity. But to our constitutional pundits that means nothing.”

Dr Ambedkar roared in the Constituent Assembly that “the castes are anti-national. In the first place because they bring about separation in social life. They are antinational also because they generate jealousy and antipathy between caste and caste.” By upholding the casteist and discriminatory Manusmriti, the RSS again proved true to its anti-national character.

As we celebrate 75 years of independence, we should recollect what freedom from British rule meant for generations of freedom fighters. To what end they made supreme sacrifices and what they wanted for a free India. It should be underlined repeatedly that from Gandhi, Subhas Bose to Bhagat Singh and Chandrasekhar Azad, none sacrificed their lives for a theocratic Hindu Rashtra. They all lived and died for a secular, democratic, egalitarian and inclusive India. We should identify the values independent India represented, who sacrificed for them and who is threatening them to know the true gravity of freedom. Democracy, secularism and equality underpins our freedom and whoever threatens them is anti-national in the true sense.

Ironically, British stooges are now trying to redefine what freedom meant and distributing certificates of patriotism. Thus, it is on us to recognize what constitutes our freedom and fight to protect it. As a society, we should revisit the great hardships our forefathers endured to get us freedom and we need to isolate the elements which threatens that freedom.(IPA Service)