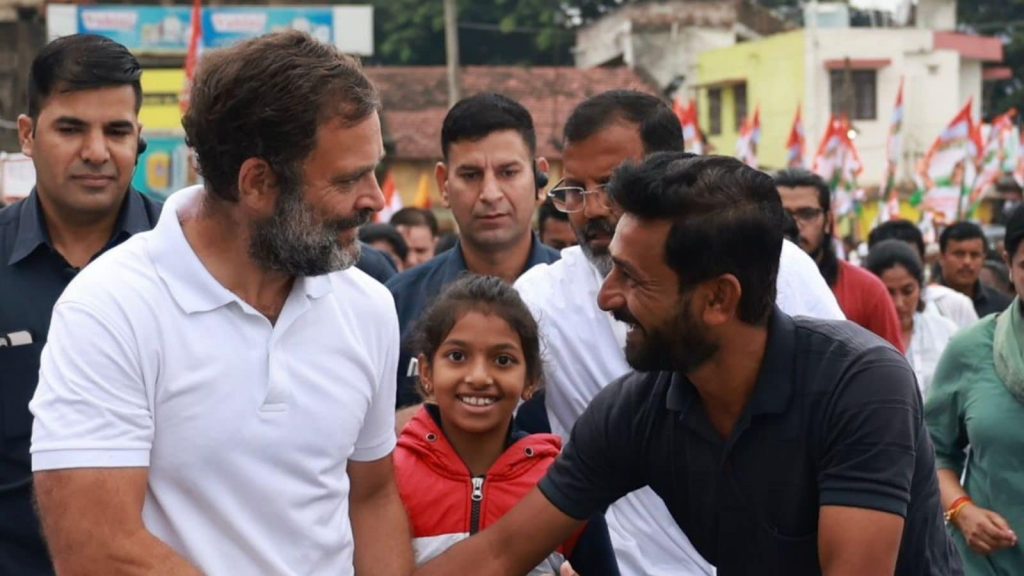 After Rajasthan Health Minister Parsadi Lal Meena stirred a row after he remarked Rahul Gandhi’s Congress Bharat Jodo Yatra being “much bigger” than Lord Rama’s padyatra from Ayodhya to Sri Lanka, Maharashtra party president Nana Patole in a statement on Tuesday clarified that no comparison was drawn.

Rajasthan Health Minister Parsadi Lal Meena in a statement had called the Bharat Jodo Yatra as “unique and historic”. “Lord Rama had also traveled on foot from Ayodhya to Sri Lanka, but now Rahul Gandhi will walk even more, from Kanyakumari to Kashmir,” Meena said in Dausa on the sidelines of a programme on Monday.

Launching a scathing attack on the BJP, he said while the saffron party spoils the atmosphere of the country, Gandhi is undertaking the yatra to restore peace and harmony, adding “no one has ever seen or will be able to do such a padyatra.”

The statement was condemned by BJP’s state spokesperson and MLA Ramlal Sharma who said the Congress had earlier questioned Lord Ram’s existence and are now restoring to flatery to remain relevant. “Congress did not accept Lord Rama’s existence and now they are setting their march side by side with his padyatra,” he said. “… the Congress leaders are doing flattery to save their own existence but people are watching everything and will settle the score with the Congress at the right time.”

#WATCH | Maharashtra Congress chief Nana Patole says, “…Lord Ram has ‘R’ in his name & so does Rahul Gandhi. It is a coincidence but we’re not comparing Lord Ram to Rahul Gandhi. BJP does that for their leaders. Rahul Gandhi is a human & is working for humanity, for country…” https://t.co/6oxP50E3GN pic.twitter.com/ag0B6vSZwb

The Congress launched its 3,500 km, 150-day Bharat Jodo Yatra from Tamil Nadu’s Kanyakumari on September 7. The march will cover 12 states and two Union Territories in about five months.