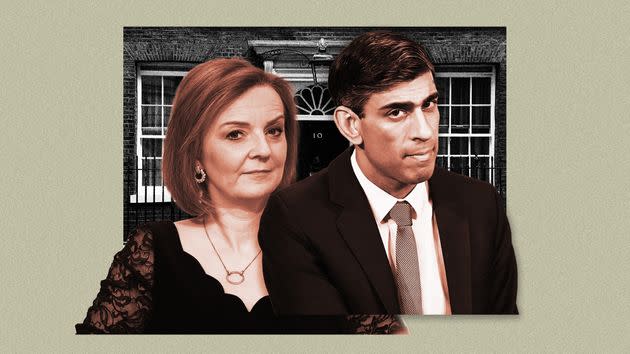 While the MPs and intellectuals belonging to the Conservative party are impatiently waiting for the D-Day, September 5, to choose Rishi Sunak as the new Prime Minister, from the two left over contestants, Sunak and Liz Truss, a vicious drive has been launched against Sunak cautioning the members that the party would lose the parliamentary election of 2024 under his leadership as he lacks the charisma and also popular appeal.

With the possibility of Sunak garnering the support of the Conservative members, the supporters of Boris Johnson have turned quite aggressive and telling the members that by voting for Sunak they would be ensuring party’s defeat at the husting in 2024. It is no more secret that Boris is using his resources to ensure the defeat of Sunak. Only on July 16 he told his close aids to do anything to ensure Sunak’s defeat.

The Boris loyalists are also working to persuade the right-wing of the Conservative Party that they dump Sunak a “socialist chancellor”. It is their part of their strategy to “stop Rishi at any cost”. The MPs still loyal to Boris consider Sunak’s resignation from the Cabinet as a huge betrayal to Boris.

A bleak future for the Conservative candidates at the 2024 parliamentary polls has indeed been forcing the lawmakers who so far have been solidly behind Sunak, to reconsider their future strategy. It is not that Sunak is unaware of this rancorous campaign. Sunak who is running his campaign with the slogan “Let’s restore trust, rebuild the economy and reunite the country” is also planning using this slogan in future. Sunak is now insisting that he will follow Margaret Thatcher’s right-wing economic policies. This will, as being surmised by the political pundits, would help him a lot.

Meanwhile two year span is longer enough time space to get Sunak prepared for the 2024 electoral battle. Nevertheless at present his top priority is to bring the economy on track. This will help him to win over the trust of the Conservative leaders and members who will play a key role in entrusting him to lead the party to polls.

Sunak, 42 years old joined politics in 2015 and had only held two ministerial positions before being catapulted to the Finance Ministry in February 2020. Boris loyalists have vowed not to support Sunak and some of them, have publically said that they would not join Sunak’s cabinet. Some political experts argue that some of the candidates who earlier had thrown their hats in the ring to run for the prime ministership, back tracked sensing electoral uncertainty in 2024.

The Pakistani-origin former health secretary, Sajid Javid, who resigned from the Cabinet minutes before Sunak and gave a devastating speech in Parliament as to why Boris should go, surprisingly pulled out of the race just moments before nominations closed. Javid, one of the most experienced Tory ministers and senior both in age and in the party to Sunak, could gauge that he wouldn’t be getting adequate support from MPs.

Asian British people are significant and are largest minority of the United Kingdom’s population. But they alone cannot ensure the victory of Conservatives. The 2011 United Kingdom census recorded 1,451,862 residents of Indian, 1,174,983 of Pakistani, 451,529 of Bangladeshi, 433,150 of Chinese, and 861,815 of “Other Asian” ethnicity, making a total Asian British population of 4,373,339 (6.9 per cent of the total population). The experts opine during the last ten years some increase would have taken place, but it would not be more than 9 per cent.  The 2011 population represented a 1,794,513 increase on the 2001 United Kingdom census figures. All five of the subcategories (Indian, Pakistani, Bangladeshi, Chinese, and Other Asian) rose in their own right, representing both outright population growth, as well as increased demographic share of the UK’s total population from 4.4% to 6.9%. Most of the migrants now prefer to identify them as British Asian.

Even though he is the richest MP in Parliament today and appeared in the Times Rich List, he is touting his humble beginnings as an echo to Thatcher’s origins. This humble back ground may help him win the support of the rich section of the party members. But how the rest would react is still not clear. Sunak is assured of the support of the MPs, but his semi socialist back ground is creating problem with others.

In the party itself while a major section of the 160,000 members are not happy with him, how the Britons would react to his leadership in 2024 is still mired in controversy. Though apparently Sunak is on the verge of creating history by becoming Britain’s first prime minister of colour and that too of Indian origin to boot, he has to work hard to refurbish his political image and make it presentable to the common Britons as a charismatic and visionary leader.

The supporters of Boris have started playing with the psyche of the Conservative supporters and leaders. Their argument is simple; whether the new Prime Minister will be able to face the Labour leader Keir Starmer in a general election by 2024. They also argue that the only leader who can withstand the Labour challenge is Boris. In fact this is seen as a clever ploy to prove that Johnson was invincible and the only leader who can protect the interest of the party. It is presumed in the Conservative circle that on the plea of checking the Labour from capturing power, Boris should be brought back as the Tory party leader who won an 80-seat majority in 2019.

Boris’s loyalists have started sharing posts on social media describing Sunak as a ‘rat’, ‘a snake’, a ‘little weasel’, a ‘backstabber’, ‘a slimy snake’, a ‘treacherous snake’, ‘Fishy Rishi’, ‘Hissy Rishi’, ‘Judas’, ‘the traitor’, ‘the Remainer’s choice’, a ‘sly assassin’, a ‘Tory wet’ promoting high taxes and the leader of a ‘coup who ‘must be removed at all costs. This is not only a design to foil his election as the prime minister, but to smear his face and present him as the worthless leader keeping an eye on the 2024 parliamentary elections.

By resorting this tactics, the supporters of Boris are simply indulging in the exercise to destroy the reputation of the party and also the image of the bright leader, at this crucial juncture. Boris supporters are sending emails in thousands to the Conservative party chairman demanding a Boris ballot. They argue “It cannot be in the party’s best interests to ignore its members and invalidate their previous votes.”

The threat of Labour leader Starmer seizing the power may not prove to be so effective as his image has lost some of his appeal. Some major trade unions have already expressed their lack of trust in him. A significant number of Labour members have refused to renew their membership. Starmer’s manoeuvre to corner Jeremy Corbyn has proved to be self defeating for Starmer. Corbyn has been the Leader of the Labour Party and Leader of the Opposition from 2015 to 2020. On the political left of the Labour Party, Corbyn describes himself as a socialist. There is no doubt inability of Sunak would intensify the internal contradiction in the Labour and would see Starmer and Corbyn pitted severely against each other.

While Sunak emerged as the favourite of Conservative MPs, aYouGov poll puts Truss ahead of him with a 24-point lead among the Tory grassroots. Sunak has six weeks of campaigning ahead to turn the tide in his favour with the winner to be declared September 5, but the question even his strong supporters and admirers is whether he would able to entice them.

His opponents have also been going around and telling the voters that Sunak is so rich that he’s out of touch with the day-to-day struggles of ordinary Britons. The major challenge before Sunak is to persuade the Tory card-carrying members whose average age is 57 to choose him and not Truss. Incidentally Truss is diametrically opposite from Sunak. Meanwhile a section of the media has started to show Sunak in bad light and accusing of amassing wealth at the cost of Britons. (IPA Service)