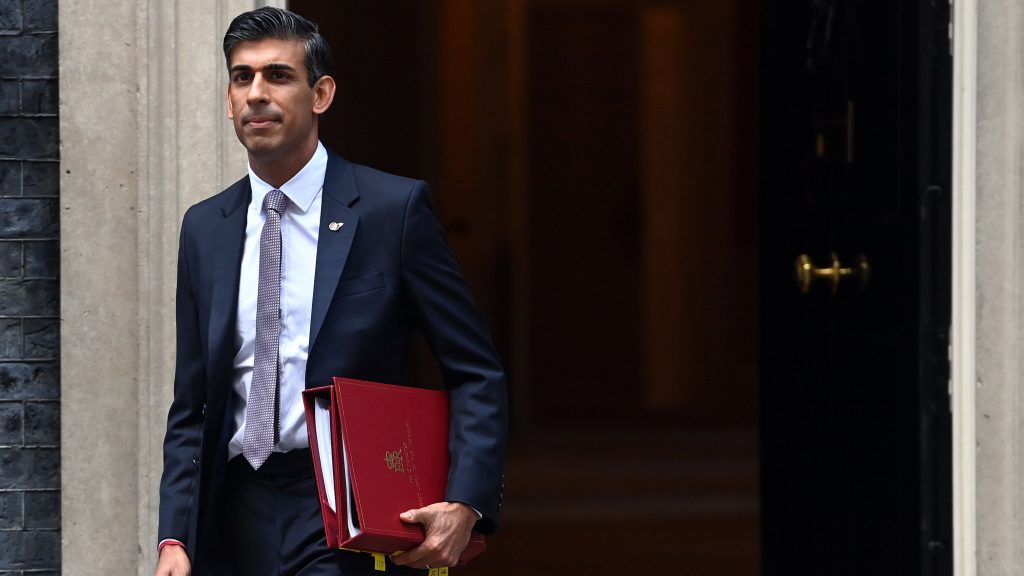 Ever since Rishi Sunak became the Britain’s new prime minister, a section of the super elite Britishers and Tory leaders owing allegiance to Boris Johnson, have been desperately trying to project Sunak as a failed leader. They were planning to wreck his image of being an astute economic strategist and good administrator who can be trusted to deliver on the promises.

These people have tried to feed the impression that Sunak’s becoming prime minister was not end of Brexit but of Brexitism. This tactical shift from Brexit to Brexitism has been a design to create panic amongst the Britons. Brexitism is a version of Conservatism. It is inherently unstable and volatile, predicated on a contradiction between the promise of liberty and the maintenance of instability and uncertainty. Incidentally it is now the central feature of Britain’s political landscape.

The opponents of Sunak tried to create an impression that Britain under him would lose its ability to go alone. Across the world Modern politics has been intrinsically concerned with the future: with the way actions and decisions taken today could make tomorrow better or worse, safer or more threatened.

The core sentiment of Brexitism has been the worry that unless we change our ways, in the future ‘Our children won’t know who they are any more.’ It is expression of worry about the loss of tradition as well as a personal anxiety about the shape of a future. There is a lingering threat perception that white English kids will lose their identity when they are forced to become cosmopolitan citizens of the world.

The latest issue that has been  raised  up by the super elites and associates of Johnson has been attempt to feed the false news that the UK was planning to shift to the Swiss Style deal with the EU notwithstanding a strong denial to this proposition by Rishi Sunak and his Chancellor Jeremy Hunt. Even Sunday Times carried this news and identified Hunt as its source. The Chancellor also issued a carefully worded denial that he was the source of reports the UK was eyeing up such a relationship with Brussels during an appearance on the Treasury Committee this afternoon. The daily even reported that senior Government figures were working towards regaining access to the single market, sparking alarm among Brexiteers.

Though Hunt was categorical in his denial; “We do not support, we would not contemplate, I do not support, I have never contemplated any agreement which means moving away from the TCA, that means we are not negotiating or deciding the regulations that we want as sovereign equals, paying unnecessary money to the EU or indeed compromising on freedom of movement”, the persons opposed to Sunak continue to feed the info.

The issue has come to such a stage that Hunt had to tell the Chairwoman Harriett Baldwin who put it to him: “It sounds like the hares that suddenly set off onto the front page of The Sunday Times may have started their run from the Treasury”, that she should have to talk to the Sunday Times. He said “I want to be clear about what I have said in public and in private and be absolutely clear that my position and the Government’s position has been and has always been to support the TCA, full regulatory independence and I think you can look at the autumn statement to see that is what I believe, because it’s what I actually did.”

“If you are saying do I believe that we could remove the physical barriers to trade in the way that happens on the Franco-Swiss border, the Norway-Sweden border, maybe in a way that is relevant for the Northern Ireland Protocol issues … that’s been my public position for some time.”

Curiously the Conservative Eurosceptics are up in arms over reports the UK could move to arrangements similar to Switzerland’s to ensure access to the EU’s single market.  The sole intention behind raising this information is to divert the attention of the Britons from the ill-conceived actions on Brexit by previous prime ministers. There is strong evidence that the current difficult Brexit relationship brokered by Boris Johnson is causing serious economic damage to Britain and hampering trade. Obviously As such, it has not come as a  big surprise to read reports that some in government wanted the UK to go down the road to a Swiss-style Brexit deal.

This move has also been triggered keeping in view the 2024 elections.  The manner in which Sunak has been moving ahead has given rise to belief that he would succeed in overcoming the economic crisis. This would prove to be a major setback to his detractors.  The next two years are going to be extremely difficult as voters will expect ministers to be focused on the cost of living and other bread-and-butter issues. Tories engaging in secret disputes about the technical details of relationship with the EU, aims at creating confusion and shift the goal post, from defining and prioritising the issues.  It move also aims at maligning Sunak’s impeccable Brexiteer bonafide which is the matter of much appreciation amongst a significant number of  party members.

There is no denying that this design and infighting would inflict immense damage to the Tory in 2024 general election the Conservatives unless the members come out openly in support of Sunak.  The Tories must strictly adhere to Brexiteer if they really intend to win the election.

One thing is also significant that this bickering may help the Labour Party to gain respectability though its leadership is yet to come out of slumber. The Labour has not succeeded in winning the trust of the people. Even the Asian population living in UK, who have been identified as the known traditional supporters of Labour, do not nurse a good understanding of its leader   Keir Starmer.

Meanwhile close aides of Sunak have initiated the move to clear any misconception from the minds of the people. It is argued that Switzerland’s relation with EU has been completely of different nature. The arrangement with bilateral contracts has so far allowed Switzerland to have a close but direct relationship with the EU tailored to Swiss needs. One of the best-known political analysts in Switzerland, Claude Longchamp, sees direct democracy as the most obvious hurdle to EU membership. He points out that a majority of the Swiss electorate and a majority of the cantons would have to approve EU accession. The latter, especially, would be difficult to secure.

In view of recent campaign that UK intends to follow the Swiss style relation with EU, it is imperative to know what agreement does Switzerland have with the EU?  Switzerland is outside the EU, but maintains close relations with the bloc: it participates in parts of the single market, enjoys free movement, contributes to the EU budget and is a member of the free space. Schengen traffic. It is not a member of the European Economic Area (EEA) and it also does not have a customs union with the EU.

Incidentally the EU bloc has been pushing for years for Switzerland to move towards a more standardized association agreement and even recently started paying a diplomatic blow, excluding Switzerland from its Horizon research program. From a UK perspective, the Swiss deal simply includes too much that the UK government simply does not want. UK government is not interested in EU model as it does not intend to align with the EU and this incidentally is the integral part of the single market and the Swiss model. Most of Britain’s trade is with Europe, and Brexit has crippled it. There is a long way to go to resolve this fallout

Rishi Sunak in his speech at the CBI conference in Birmingham on Monday had said; ‘It is hard to see what conceivable harm repairing six years of hostility towards Europe can do to British interests. Britain’s relations with the EU have been soured. The reason is simple, you cannot erect a barrier against the 40% of trade that is with your closest neighbour without pain”. (IPA Service)