Rishi Sunak Is Only 42, He Can Look For Another Round Before 2024 Elections 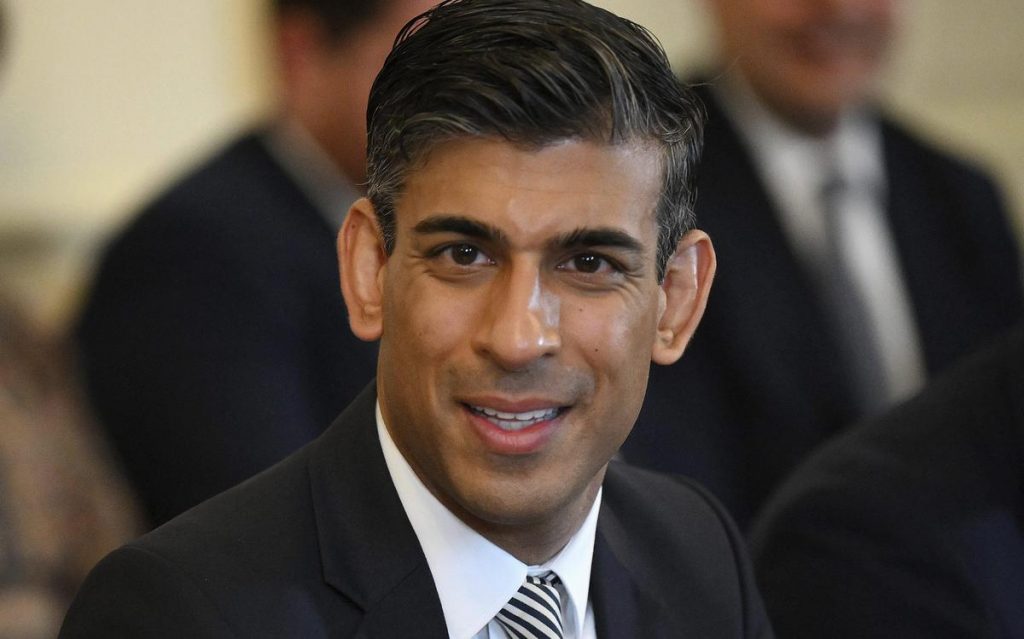 Rishi Sunak (42) being an Indian is not the only reason for Indians taking keen interest in the election of the prime minister of Britain. There are other factors too; one of them, the most important, has been the resurgence of the rightist forces in that country and access of the British Indians to the decision making process and mechanism. Yet another concern that got reflected in the victory of Liz Truss is the Britons are having second thought on the Brexit.

During the final phase of the campaigning for the prime ministerial election an impression was created by the supporters of Brexit and Boris Johnson that Truss would sweep the election. But it did not happen. In sharp contrast to the assertion by the anti-Sunak forces, literally representing the bogey of status quoists, Sunak performed comparatively better.

Minutes after Sir Graham Brady, returning officer for the Conservative and Unionist Party leadership election, declared; “Total number of eligible voters was 172,437. Rishi Sunak has got 60,399 and Liz Truss got 81,326. Therefore, I give notice that Liz Truss is elected as the leader of the Conservative and Unionist Party”, the BBC pointed out that Truss’s 57.4 per cent to Rishi’s 42.6 per cent was a clear win but not the landslide the foreign secretary’s supporters had predicted.” Truss got even less number of votes than her predecessors. Boris Johnson won 66.4 per cent of the vote in 2019, David Cameron 67.6 per cent in 2005 and Iain Duncan Smith 60.7 percent in 2001.

Though leaders like Johnson had thrown their full weight behind Truss, this could not fetch her the number of votes he had obtained earlier. Why the Conservative members did not whole heartedly rally behind Truss and respond to the calls from Boris?  Shockingly though she had won, question has also surfaced just after the announcement of her victory that “whether she is up to it”. This scepticism does not  seem  to   be  a  good sign  and does not augur well for her.  It is irony that Conservatives voted for her, even after aware of the fact she is not  a match for Labour’s Keir Starmer. Keir has wide range of ideological differences with Jeremy Corbyn it is believed that he would extend his support to Keir for defeating Truss in the 2024 general election. This situation leaves wide open space for Sunak.

In his scheming to avenge his exit from the office of prime minister, Boris Johnson might have succeeded, but he has inflicted a massive damage to the future electoral prospect of his party. Truss will have to put extra amount of intelligence and energy to lead the country to come out of the present morass. She will have to heavily depend on the leaders like Boris and other ultra-rightist crusaders. In her endeavour to salvage the situation, she would force Britain to take a turn for extreme rightist policies and programmes. The situation is fraught with the danger of UK losing its liberal and centrist political culture.

Her acknowledging speech after she was declared victorious is testimony to it. She said; “I want to thank my friend, Boris Johnson. Boris, you got Brexit done. You crushed Jeremy Corbyn, you rolled out the vaccine, and you stood up to Vladimir Putin. You are admired from Kyiv to Carlisle.” What does it imply?  She has been absolutely populist in her reach. It did not reflect pragmatism and a will to think free. It is significant that some economists had earlier claimed that Truss’s proposals would do little to solve Britain’s problems, and could even worsen them.

The prolonged leadership contest exposed hopeless lack of political imagination of Truss.  Except parroting of inanities on tax cuts and pledging blind faith in Thatcherite Conservatism she has nothing new to offer. It is an open secret that Boris has miserably failed to protect the economy of the country from the ill effects of Brexit. Economic indicators signal the damage done to British economy and society by Brexit. She did not spell out what should be done to repair the damage.

Electoral success of Truss owes to the former members of UKIP. Recent research into the composition of the Conservative Party indicates it has been infiltrated by extreme hard-right former members of United Kingdom Independence Party and the Brexit Party, both of which were led by Nigel Farage. The UKIP leader had forced David Cameron to hold a referendum on whether Britain should remain within the EU. Sunak was aware of this development but he had no alternative, he had to go ahead. Chris Curtis, head of political polling at Opinium revealed;  “In the run-up to Boris Johnson becoming leader, lots of people who were ex-UKIP and Brexit Party supporters switched over and joined the Conservatives, so I think the membership is more Right-wing now as a consequence of that.” Truss depended on this group which holds extreme Right-wing views on economics.

The experts feel that the third woman premier elected after Margaret Thatcher and Theresa May will have to face a greater problems than any British Prime Minister has faced since World War II. What was significant that the market did not respond in a positive manner to Truss’s win. It nursed apprehensions. They feel that the UK might be forced, in the not-too-distant future, to apply for an IMF loan to surmount the economic crisis embroiling the country. Even economists feel that her plans may plunge the UK economy deeper into debt and create more problems. However she insists the stimulus moves would revive the economy.

Nevertheless the discussion which prominently figured in the Conservative circle is whether they will succeed to take on the Labour challenge. She might have managed to win the premier election on the strength of the rightist votes, but they will not be only voters during the 2024 election. The common people, the British Indians and Pakistanis and other permanent settlers would be crucial deciders. They are already feeling alienated. Defeat of Sunak has already sent a wrong message that the rich people and rightist are not willing to protect their social and economic interests. The rich do not feel affected at all by the inflation and a turbulent and uncertain market.

Political circle is agog with the feeling that some centrist and liberal Conservative MPs would not prefer to be members of Truss cabinet as they apprehend that it would follow the rightist policies and programmes. Sunak has already ruled out being in Truss’s cabinet and will sit on the backbenches. Unfortunately even he has been defeated aides of Boris are feeding the wrong information about that he will quit politics and head back to California to resume a financial career. (IPA Service)

Behind The High Suicide Rate Among Daily Wage Labourers In India
Posting....