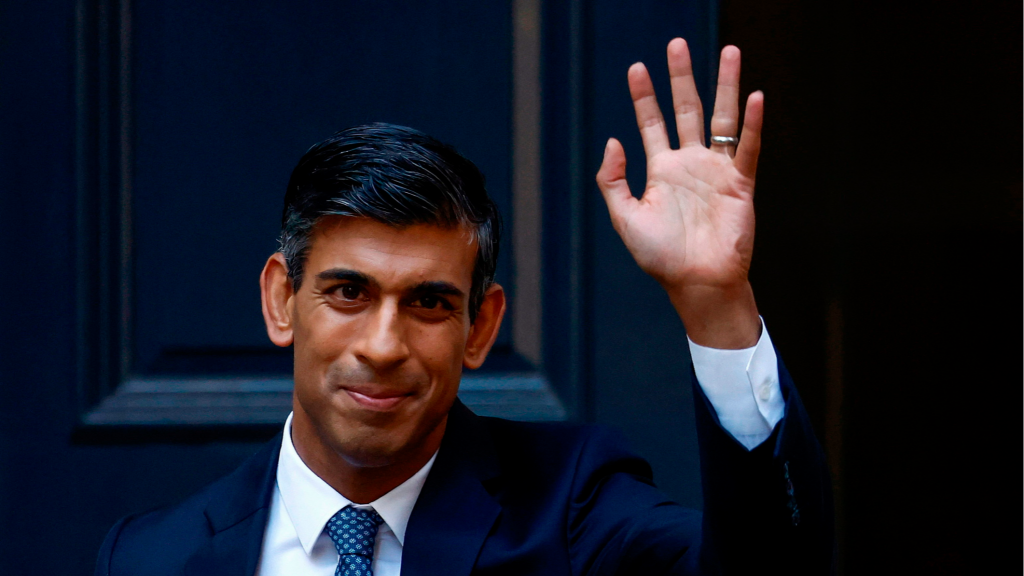 Six weeks are certainly not the sensible time frame to judge a new prime minister’s performance, that is too in the case of United Kingdom, which has been suffering economic malaise that has turned endemic during the decade with Conservatives in the power. But still Rishi Sunak, the first Prime Minister of Indian origin in Britain is under scanner.

During this short tenure of Sunak, interest rates have started settling down, the financial markets have been reassured, a sense of stability has returned to government economic policy, painful memory of Liz Truss’s inept handling of the governance gradually fading away and Sunak giving every impression of being comfortable in power. However, a section of the Conservative MPs have raised the issue of failure of Sunak to cope with the situation. Incidentally most of the members owe their loyalty to Boris Johnson.

Sunak’s government is facing rebellions from backbench MPs on issues as varied as easing planning laws to allow more houses to be built, to promoting on-shore wind turbines to ease reliance on fossil fuels. He had to face bitter criticism from these people for his inability to attend the climate change conference in Egypt as at that point of time he was too busy to leave the country.

Though by and large people think him as a competent and honest ruler, the problem with Sunak is he doesn’t have much time. With general election -knocking at the door—two years from now– he has to salvage the situation before the dateline and catch the imagination of the people through his performance. The failure to win the election would wrought havoc for him. He would go down in the history of the Conservative party as the most horrific performer. On his part he does not like to be remembered as a failure.

Inflation, strikes and opinion polls have dented the image of the Conservative Party to such an extent that the next election could spell the end of Conservatives’ long run in office. Inflation remains high at over 10%; wages are not rising at the same rate, which means that most people are poorer; nurses, train drivers and postal workers are staging strikes to demand higher pay.

As in India the electoral success of a political party is the index of its viability and relevance. The Labour Party leader Jeremy Corbyn was dumped since he could lead his party to an electoral victory in 2019. Even his own party comrades treated him like a pariah. Sunak’s economic understanding and his administrative skill came under scanner after his party lost the by election.

The by-election for the parliamentary constituency of Wakefield was held on 23 June 2022. It was triggered by the resignation, on 3 May 2022, of MP Imran Ahmad Khan. He got elected as a Conservative at the 2019 general election and resigned following a criminal conviction for child sexual assault. Ahmad Khan was subsequently jailed for 18 months.

The election was won by Simon Lightwood of the Labour Party, and was the first by-election gain made by Labour since 2012.It was held on the same day as the Tiverton and Honiton by-election in Devon, which the Conservatives lost to the Liberal Democrats. This marked the first time since the 1991 Kincardine and Deeside and Langbaurgh by-elections that a British government had lost two seats in by-elections on the same day.

Conservatives have been in power since 2010 and have won four successive general elections. No doubt the Wakefield result could not be construed s a referendum on the performance of Sunak, the Conservative MPs are using it to shake his confidence. Nonetheless the recent polls have been shockingly bad for Sunak. Ironically these MPs do not blame Boris or Liz Truss for damaging the Conservative brand. These people also do not question the wrong economic policies followed and implemented by Boris and Truss. If the political experts are to be relied the Conservatives had no real chance of winning. But the party didn’t just lose, it got its lowest share of the vote in the constituency since 1832.

What is most shocking has been that these leaders instead of lending their support have been involved in pulling his leg. The Conservatives themselves have begun to give up hope of winning the next election. Already a move has been initiated inside the party to choose the new face who will lead the party to the polls. News of some members not willing to face the election have also started floating the political circle.

It is irony that these members are not willing to share the information that Rishi Sunak, inherits a UK economy that was headed for recession even before the recent turmoil triggered by Liz Truss. “The economic decline simply gathered momentum in October. The heightened political and economic uncertainty has caused business activity to fall at a rate not seen since the global financial crisis in 2009 if pandemic lockdown months are excluded.

With Sunak seen as bringing stability to markets, sterling rose and yields fell Monday, “Investors clearly hope Sunak will stabilise the economy and the political situation — though it’s hard to work out at this point which is the harder task,” said AJ Bell financial analyst Danni Hewson. He also said “As well as the recovery in sterling and the reduced cost of government borrowing (as yields drop), Sunak will be pleased to see European gas prices falling.” With UK inflation at a 40-year high above 10 percent, the Bank of England is set to unveil another bumper interest-rate hike at a regular policy meeting next week.

Meanwhile in a significant development Shevaun Haviland, director general of the British Chambers of Commerce has urged Sunak to also help out businesses struggling with huge energy bills. “The political and economic uncertainty of the past few months has been hugely damaging to British business confidence and must now come to an end,” she said. Her confidence got manifest in her remark “The new prime minister must be a steady hand on the tiller to see the economy through the challenging conditions ahead. “This means setting out fully costed plans to deal with the big issues facing businesses; soaring energy bills, labour shortages, high inflation, and climbing interest rates.”

Sunak’s problems have been complicated further for his moves to keep the rightist forces happy. He knows that it would be tough to survive without their help. Suella Braverman’s appointment made it clear Sunak’s desire to keep a noisy right-wing faction onside as he seeks to rebuild party unity and make some difficult economic decisions.

This he has to resort to as in the Tory circle he is perceived as a relative moderate. Barely weeks in power, Sunak i unfortunately has to spend too much of his energy and time on fending series of crippling rebellions from within his own party. This has been happening at a time when he is needed to devote his attention to the wave of industrial challenges. Unions representing railway workers, teachers, postal workers and, most politically dangerous of all, doctors, nurses and ambulance workers are threatening to withdraw their labour before Christmas. The unions are now planning to coordinate their strikes in the National Health Service, while the railways are set to grind to a halt during the peak pre-holiday period. An unhappy Christmas seems assured.

Sunak has stabilized the economy, reassured allies from Washington to Kyiv and even soothed the European Union after years of sparring between Britain and the bloc. Nonetheless opinion polls have good news and bad news for Sunak. While 47 percent of the people likes him only 41% disliked him. “That’s definitely better than Boris Johnson was getting earlier this year,” said Gideon Skinner, Ipsos’ head of political research. But he said Sunak’s popularity “is not showing signs of rubbing off onto the Conservative Party brand

Obviously, Sunak’s premiership remains an extraordinary event in the history of the United Kingdom. His key task is to fix the world’s sixth-largest economy that is currently “broken” possibly because of Brexit. Britain is now struggling on multiple fronts, especially in foreign policy, global business ventures and world politics.

Unfortunately for Sunak the UK has failed to get the benefit out of Brexit. Britain has long complained that negotiations with the EU have failed to come to fruition and the legislation is seen as an insurance policy. Post-Brexit Britain’s economy is in a gloomy state of affairs as high costs of living, rising inflation, taxes and energy crisis are now worrying ordinary people. Some leading analysts say; {Britain’s economy is falling behind the G7…why?” and more importantly “how the U.K. should reset its global role following Brexit?”

Ukraine war has been having an adverse impact on the British economy. The situation may receive a major set back if international support for Ukraine begins to weaken. Britain has been one of Ukraine’s biggest suppliers of military equipment, sending almost 7,000 anti-tank weapons, hundreds of missiles and armoured fighting vehicles. It is also training Ukrainian soldiers. (IPA Service)