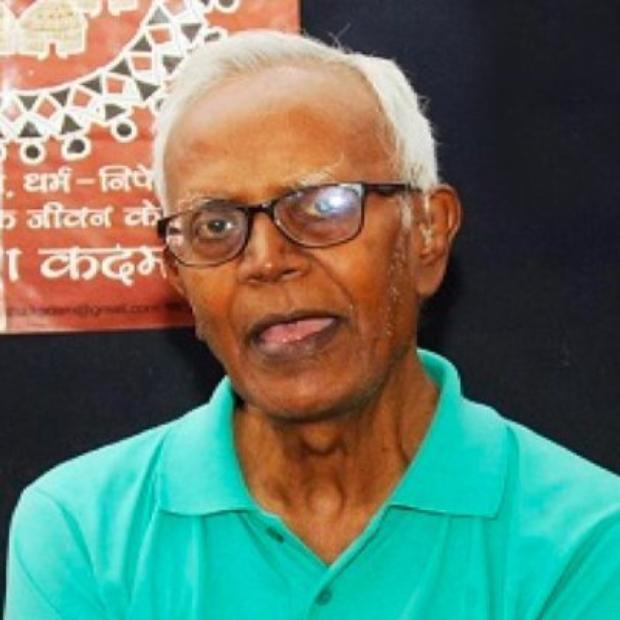 US congress accepting a resolution commemorating the life of the  rights defender and Jesuit priest Father Stan Swamy, on his first death anniversary and seeking an independent investigation into his death has been a matter of disgrace for the Modi government which only a week back had signed a resolution along with other G 7 members  to protect human rights.

Earlier some US Human Rights agencies including USICRF had objected to misuse of state power. The USICRF had also suggested to designate India as “a country of particular concern”. But the MEA taking these observations seriously called the report’s observations as not just “biased and tendentious”, but also “misrepresentation reaching new levels”. The manner in which the accusations were rejected by the MEA it simply strengthened the impression that trampling the human rights is the  right of the Modi government and no power on the earth has the audacity to challenge this.

Little doubt the MEA would become quite proactive and approach the pro Modi lobby to ensure that the resolution is not discussed. A parliamentary debate would inflict incredible harm to India and its claim of adhering to the democratic ethos.

Juan Vargas, a Congressman from the US state of California, introduced the resolution along with Representatives Andre Carson and James McGovern. Significantly the move coincides with the first anniversary of 84-year-old Swamy’s death in police custody.

Swamy was arrested by the National Investigation Agency (NIA) from Ranchi in October 2020 under the draconian UAPA in connection with the Elgar Parishad case. It is an open secret that Swamy was not connected at all with any unlawful action. Since he fought for the poor adivasis who were exploited by the capitalist and industrialists, he was at the target of Modi government. Sources allege that he was ill treated inside the  jail at the instruction of some business houses who have their business interests in Jharkhand.

The abuse of Father Stan moved Vargas to say;”I am appalled by the abuse Father Stan faced while in custody. No one who fights for human rights should face such violence and neglect”. Father died at a Mumbai hospital, where he was admitted on May 29 last year, a day after he suffered a cardiac arrest and was put on ventilator support. The intensity of torture that was perpetrated on him inside the jail could be understood from the simple fact that he was denied of basic things, even the lifesaving drugs.

It is an irony that all the 16 people along with Father Stan were jailed for their alleged inflammatory speeches at a conclave held in Pune on December 31, 2017. The plot was designed by RSS and executed by the Modi government.  It is the part of much bigger conspiracy to silence the intelligentsia, academics and journalist to restrict them from raising their voices against rightist mechanism resorted to by the RSS. It is worth recalling that RSS has nicknamed as Urban Naxals.  Swamy was the leading figure of those who were arrested under false and fabricated charges.

Already India rejected international criticism over the death of Swamy last year, saying the due process of law was followed in his case. Their clarification simply strengthens the belief that like Narendra Modi all the officials working with MEA have gained expertise in speaking lies.

The spokesperson of MEA is not tired of refuting allegations; “India’s democratic and constitutional polity is complemented by an independent judiciary, a range of national and state-level human rights commissions that monitor violations, a free media and a vibrant and vocal civil society. India remains committed to promotion and protection of human rights of all its citizens” but in true sense violating the rights is the fundamental of the rightist Modi government. It was unmoved at the observation of the UN body on human rights; “deeply saddened and disturbed by the death of the activist in pre-trial detention”.

The statement of senior Supreme Court advocate Kapil Sibal needs to be taken note. He said; “Fr. Stan passed away without getting bail and there was little hope of early trial”. He said others were languishing in jail too. “…Lawyers, Academics, Social Activists….raise their voices for the voiceless They too are now “voiceless” The State calls them “ terrorists”,” he tweeted.

There is no need to make a mistake. By now it has been confirmed that Indian state killed Fr. Stan Swamy, who was such a passionate crusader for social justice. In the perception of the government and NIA this will deter the people to raise their protest voice against the rightist machination of the RSS and Modi government.

While General secretary of the CPI, D. Raja said;“Both the state machinery and the judiciary are responsible for Father’s death. The state was not ready to give him even a straw. This is the height of insensitivity”, Kavita Krishnan, member of the CPI(ML) hit out “ Modi & Shah have accomplished the custodial killing of the gentle Jesuit social worker Fr Stan Swamy”. Lawyer and activist Prashant Bhushan said, “This is nothing less than murder by the State of one of the gentlest & kindest men I have known. Unfortunately our judicial system is also complicit in this”.

Meanwhile followers of Father Stan Swamy have decided to stage “Raj Bhavan gherao” protest on July 15 to demand a judicial inquiry into the priest’s death, repealing of the UAPA and release of all political prisoners.

Ilhan Omar, a politically controversial Democratic Congresswoman from Minnesota, has introduced a resolution in the United States (US) House of Representatives condemning India’s alleged human rights record and ‘violations’ of religious freedom, “including those targeting Muslims, Christians, Sikhs, Dalits, Adivasis and other religious and cultural minorities”.

have also written a letter to Modi, the CJI of Supreme Court, and other Indian authorities demanding the release of political prisoners arrested in connection with the Bhima Koregaon.

It is worth recalling that Justice Shinde of Bombay High Court had ordered for a magisterial inquiry into Swamy’s death, since he was in custody of the state and an undertrial at the time of demise. Ironically there is no word from the state government on the status of the inquiry. (IPA Service)