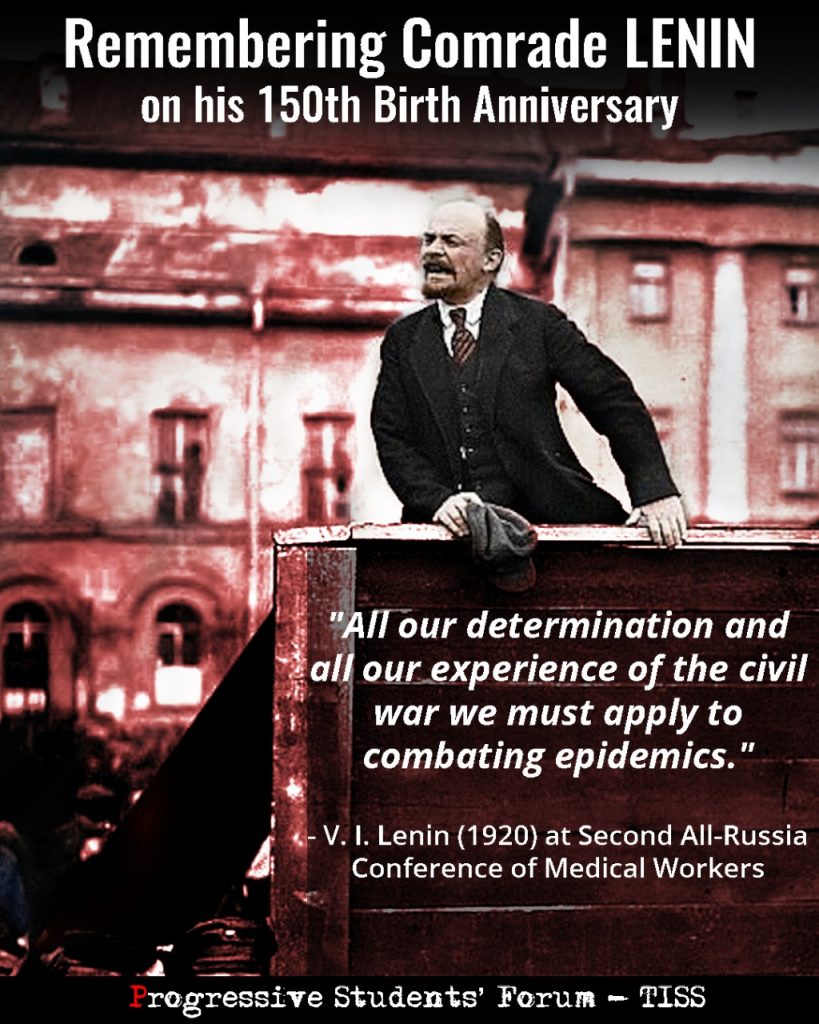 Barely a hundred years after its birth, the mainstream communist movement in India, lies in shambles. Formed in 1920, according to the CPI(M) and in 1925, according to the CPI, the communist movement has had a long and difficult history that is partly reflected in the different ways they tell the story of their own birth. In the CPI(M)’s telling, its birth is dated from the time of its formation in Tashkent, under the tutelage of the Communist International (Comintern), at the initiative of M.N. Roy. According to the CPI, however, the formation is dated from the Communist Conference held in Kanpur in 1925, organized by Satyabhakta, who was marginalized from the very morrow of the first Conference. He soon left the party and ploughed a lonely furrow for the rest of his life, trying to articulate a Marxism in Hindu idiom.

Regardless of where they place their year of birth, mainstream Indian communists have been seriously hamstrung by the burden of their Comintern dictated past. That story is too well known and well documented to be repeated here. Suffice it to note that the first serious achievement of the communists, the formation of Workers’ and Peasants’ Parties (WPPs) in different parts of India, had to be unceremoniously abandoned at the behest of the Comintern by 1930. The WPPs had actually provided the communists an opportunity to expand their mass influence, by working in tandem with the Indian National Congress, for the first time, in the latter part of the 1920s. But with Comintern’s notorious “Left turn”, attacks on the idea of forming “two class parties” like the WPP increased and once the CPI surrendered to its diktat, it lost itself once more in the lonely sectarian path that it found itself in since so often. At every moment since then, whenever there was an upsurge of the anti-imperialist mass movement, be it the Civil Disobedience movement or the Quit India movement later, communists found themselves in splendid isolation.

One is reminded of this slice of communist history in India on this 153rd birthday of V.I. Lenin, for two reasons. First, very literally, this was what Lenin would have vehemently argued against, had he been alive then. For it was Lenin, who in his thesis on the “national and colonial question”, at the Second Congress of the Comintern, had vigorously argued that the communists in colonial countries should work in tandem with the anti-colonial nationalist movements. M.N. Roy, in fact, had argued the more sectarian position, which in amended form came to be appended as the “supplementary thesis” to the document adopted by the Congress. It is not possible to recall that entire debate here but we can see that this was precisely what Lenin was warning Roy and the communists of colonial countries about – that they must understand the revolutionary potential of anti-colonial nationalisms, even while fighting to push them in a Left-ward direction. This clearly, was not possible without the communists being part of the movement at some level.

Second, this slice of Indian communist history stands in stark contrast to the almost scandalous boldness with which Lenin approached the question of revolution and politics. For Lenin was the theorist of the conjuncture. It was in the “current moment” that he saw the possibilities of a revolutionary rupture, not in the objective working of economic laws. This meant that he was less interested, unlike Indian communists, in determining whether all forces in the field are following the “correct grammar” of struggle; rather, his eyes were glued on the way in which a situation of revolutionary rupture arose.

As he wrote in 1917, “that the revolution succeeded so quickly…is only due to the fact that, as a result of an extremely unique historical situation, absolutely dissimilar, absolutely heterogeneous class interests, absolutely contrary political and social strivings have merged…” Indeed, the revolutionary in Lenin knew that such moments of historical rupture call for decisive action – and at the right moment. Once that moment passes, if revolutionaries lose the initiative, the forces of reaction step in to take control. If Indian communists have repeatedly missed the bus, it is often because they have still to understand that mass movements only come into being when “absolutely contrary political and social strivings” fuse together to produce a ruptural moment. Staying away from movements because they aren’t made up of forces to their liking is suicidal.

There is one more thing that Lenin’s practice underlines that might do Indian communists some good to remember. Even though Lenin’s “principle” of “democratic centralism” has been made into an unquestionable dogma, already by 1907, he himself was underlining the contextual nature of the organizational form that What is to be Done? had propounded. Repeatedly, in Lenin’s practice, one sees that he resists giving finality and permanence to any organizational form or principle, for they must always be subordinated to the political requirements of the movement. That is why he did not hesitate to call for a split with the Second International, once it became a vehicle of conservatism and national chauvinism.

In today’s context, there is little one can expect from the traditional communist parties, who have reduced Lenin to a god to be worshipped but irrelevant for all practical purposes. However there is also another current that emerged out of the Naxalite uprising in the late 1960s, which seems relatively unburdened by older histories. I am thinking of the CPI(ML) Liberation in particular, which has shown a keenness to think on its feet, taking on board questions of diverse kinds of oppressions, as well as display the flexibility that is required when dealing with mass politics. For such formations, one hopes, Lenin’s practice and his practice of theory will continue to serve as an example to learn from. (IPA Service)

** Aditya Nigam has been an activist in the Left movement and is currently professor at the Centre for the Study of Developing Societies, Delhi

** The opinion in this piece is personal. IPA is inviting such pieces from other Left leaders and activists for a debate on what should be the right course for the Left in the evolving Indian politics.