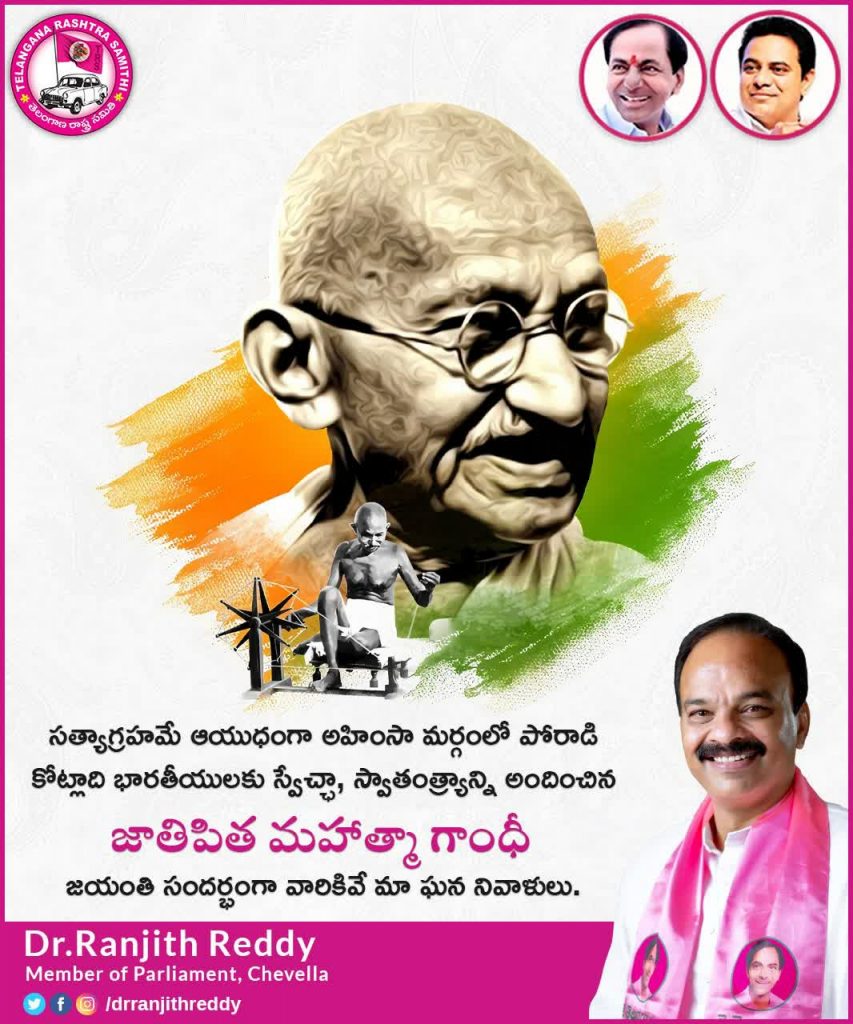 October 2 is here again. The day Bapu was born. The unforgettable message Bapu conveyed to us was about change, its being eternal. He told us it is the way life is. Even the truth for which he laid his life. His last words, when the bullet pierced him, were “Hey Ram”! He was not unprepared. Not surprised. He knew his people only too well and the ‘other’ too. They had no roots among us. Us includes not only India, but beyond too. Bapu took us all in his thin bony arms. As he slowly crumbled, he knew it was not defeat. Only Godse and his mentors started shrinking. For them, Hindu Rashtra, the aim itself, got demolished after Bapu was killed.

In the aftermath, RSS was banned. Its leaders were all incarcerated. Even after the ban was lifted one and a half year later, RSS was not accepted by people; they remained sceptical.

Worldwide, October 2 is celebrated as International Day of Non-Violence, the day when we all redeem our pledge to resist peacefully any attack on civil liberties.

Non-Violence, for Bapu, was not within the limits of negation or assertion of it, it was absence of even the awareness of violence. He wanted us to understand it, which was not only fearlessness. Hence when the gunman was facing him with pistol to shoot for the third time, because first two shots were totally unexpected, Bapu simply glanced at him for a moment, and collapsed.

It was intimately within our cultural ethos. There was no complain in his last glance at Godse.  And thus he took his own murderer within, making him as his own. The cultural multiplicity arrived at new levels, levels of humanity, humaneness. And here we can experience that Hindu nationalism, a communal identity of our people, is left far behind, shrinking and cruel. That was a great victory against Hindu nationalism.

Nationalism as such, that was fighting against colonial forces, for freedom, democracy and secularism had a much wider canvas, covering all the communities, tribes, the entire people. The source of its inner strength was maintenance of civil liberties and their extension. In fact the press was the only organ to play the role of opposition. There was no democracy. But there was press. When the first political strike of workers erupted, in 1908, spontaneously, almost unorganised, was against sentencing Tilak for six years as he was writing profusely against the colonial government. The series was called

The Arrival of Bomb and he was not so much going by the events but was constantly trying to probe the reasons behind these. He said the government was not allowing dissent, not giving freedom to think and act, youth are groping to find answers in these acts of violence.  Tilak condemned violence, and yet he was charged with sedition. When someone tried to warn him of possible incarceration, his reply was the colonial government had turned the entire country into a big jail, and going to prison was like moving into a smaller cell from a bigger one. The reaction to his prosecution was unprecedented. Textile workers of Bombay came out on streets, and continued to be there six days — exactly for as many days as the number of years Tilak was to spend in jail, 1908 to 1914. Years later, Com Lenin, after coming to know about the workers’ strike, hailed them at ‘their entry in the political stage of India’. He also called Tilak ‘a revolutionary’.

Years later, in 1922, Gandhiji was also charged with the same sedition. It was surprising that there were millions who were on streets following Bapu, lacs in jail, in course of Non –Cooperation movement, but the colonial government did not pin any charges against these. Gandhiji was charged with sedition for writing articles in his paper ‘Young India.’ Gandhiji had said one should defend the civil liberties even with life. He said it was the breath of social and political life.  For him it was the foundation of freedom. Freedom was imperative, and civil liberties had no limits. It was the water for life, he said. To keep the water pure, he could even go up to accommodating differences, since water is the life line for human kind, and so are civil liberties.

It was not only the question of civil liberties, but also the struggle for it. And in this struggle, to strengthen it further, there was acute need to unite. The Meerut conspiracy case against the communists was one example when all the anti British forces got united and became formidable. Our thirty two leaders were arrested whom the government thought extremists. The effort was made to create a rift, but they failed. It was because steps were taken to keep opposition alive. It is the heritage of our national movement, where nationalism was blossoming. The British had been keen to suppress the communists, but contrary to that, even the common masses became acquainted with the communist ideology. Meerut was a small town in United Provinces, where the prisoners were kept, and yet every bit of news was reaching public domain in no time. Credit goes to our nationalist press that was splashing them every day.

Lest we forget, it was an example of united struggle of our people against the common enemy. (IPA Service)