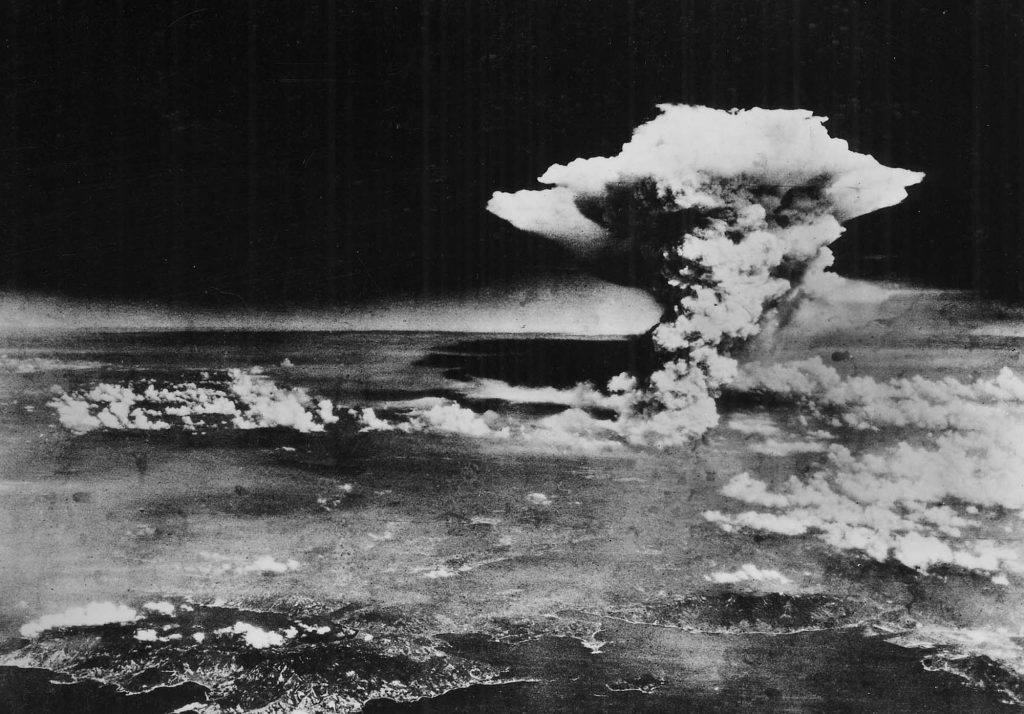 As we approach August 6, we remember 8.15 am on that day in 1945 when the US exploded first ever nuclear weapon on human population at Hiroshima in Japan. This was followed by another attack on Nagasaki on 9th August. Over two lakh people died on these two days in these two cities. Number of people injured, rendered destitute, homeless and orphaned far exceeds this number. Effect of radiations on the generations after that is still felt. That was the time of unprecedented humanitarian crises and agony never heard of before.

Dr. Marcel Junod, the new head of the ICRC’s delegation in Japan was the first foreign doctor to reach Hiroshima onSeptember8, 1945, one month after the dropping of the atom bomb. He described that ‘the centre of the city was a sort of white patch, flattened and smooth like the palm of a hand. Nothing remained. The slightest trace of houses seemed to have disappeared. The medical care was in shambles and rudimentary; dressings are made of coarse cloth. A few jars of medicine lying around on a shelf. The injured often have uncovered wounds and thousands of flies settle on them and buzz around. Everything is incredibly filthy. Several patients are suffering from the delayed effects of radioactivity with multiple bleedings. They need small blood transfusions at regular intervals; but there are no donors, no doctors to determine the compatibility of the blood groups; consequently, there is no treatment’.

Dr Junod noted the consequences of the bomb for Hiroshima’s medical corps; out of 300 doctors, 270 died or were injured; out of 1,780 nurses, 1,654 perished or were injured. He made an appeal for the bomb to be banned outright, just as poison gas was outlawed in the aftermath of the First World War.

Ironically the number of nuclear weapons has been increasing and it is assumed that there are nearly 17000 nuclear weapons on earth today. The number of countries which possess these weapons also increased from one to nine. These include USA, Russia, Britain, France, China, North Korea, India, Pakistan and Israel.

The nuclear weapons are a real threat to not only the human population but the whole flora and fauna on earth. The very presence of these weapons is fraught with the danger of their use.

The destructive power of nuclear weapons is well documented now. Ira Helfand, Co President of IPPNW in a study on Climate Consequences of Regional Nuclear War has pointed out that even a limited nuclear war between India and Pakistan using 100 Hiroshima sized nuclear weapons could put over two billion people at risk. Up to 20 million people would be killed outright as the great cities of the subcontinent would be destroyed and it would blanket much of South Asia with radioactive fallout.

But the global consequences are even more alarming. This limited nuclear conflict would even affect weather patterns throughout the world. Soot and debris injected into the atmosphere from the explosions and resulting fires would block sunlight from reaching the earth, producing an average surface cooling of -1.25ºC that would last for several years. Even 10 years out, there would be a persistent average surface cooling of -0.5ºC.This would lead to crop failure and affect the size of available food stocks. If the soot injected into the atmosphere in a nuclear war caused significant ozone depletion that could cause a further major decline in actual food production. The combination of failed harvests and a collapsed distribution system would prevent essential foods from reaching the areas which require these. This scenario will affect the poor countries more and the poor people in these countries even worse.

It is therefore imperative that nuclear weapons are abolished for good. As proved in Hiroshima-Nagasaki medical science has no remedy to offer in the event of a nuclear exchange. The situation is much worse now as the present day weapons are much more deadly.

It is in this background that the Review Conference of the Nuclear Non-Proliferation Treaty, the NPT RevCon has begun in New York in which 191 member countries will deliberate on the progress made in the Nuclear Non Proliferation since the treaty came in to force in 1970. The participants include five major nuclear powered countries. The deliberations are expected to include various aspects of the treaty including the obligations by the major nuclear powered countries to take steps towards nuclear abolition. Article VI of the NPT is important as according to it ‘Each of the Parties to the Treaty undertakes to pursue negotiations in good faith on effective measures relating to cessation of the nuclear arms race at an early date and to nuclear disarmament, and on a treaty on general and complete disarmament under strict and effective international control’. The major nuclear must answer what they have done till date in the last 52 years.

It is important to note that the event is taking place for the first time after the Treaty for the Prohibition of Nuclear Weapons (TPNW). The TPNW was passed by the UN General Assembly in 2017 with 122 votes in favour and only one vote against. The treaty has delegitimized the nuclear weapons and declared them illegal as per the international law. Secretary General of the UN, Antonio Gutteres has on the occasion said that ‘Humanity is just one misunderstanding, one miscalculation away from nuclear annihilation’ This is genuine feeling of a person who is duty bound to keep the world united and in peaceful co-existence.

Adoption of Treaty Prohibiting Nuclear Weapons (TPNW) by the UNO is a big step forward and a real hope. The treaty has been already signed by the 86 countries and ratified by 60 countries. It is time now that ‘all states must condemn the recent threats to use nuclear weapons, the increase and modernization of nuclear arsenals, and the increased role of nuclear weapons in security doctrines’.

The war between Russia and Ukraine is a big threat to peace at the moment. Russia and NATO have threatened to use these weapons. It is therefore very urgent that Russia Ukraine war should stop immediately. Russian President Putin’s letter to the participants in the NPT RevCon as reported by Reuter that ‘there could be no winners in nuclear war and no such war should ever be started’ is welcome. But he must explicitly denounce the use of nuclear weapons under any circumstances during the ongoing war with Ukraine. Tension between the US and China after the arrival of the US House speaker Nancy Pelosi in Taiwan is a worrisome issue.

The Nobel laureates ICAN, IPPNW and several other civil society organizations are actively lobbying in New York at the NPT review conference with data of Humanitarian consequences of Nuclear War with the hope that the RevCon will have a positive outcome to convince the nuclear powered countries to join TPNW. (IPA Service)