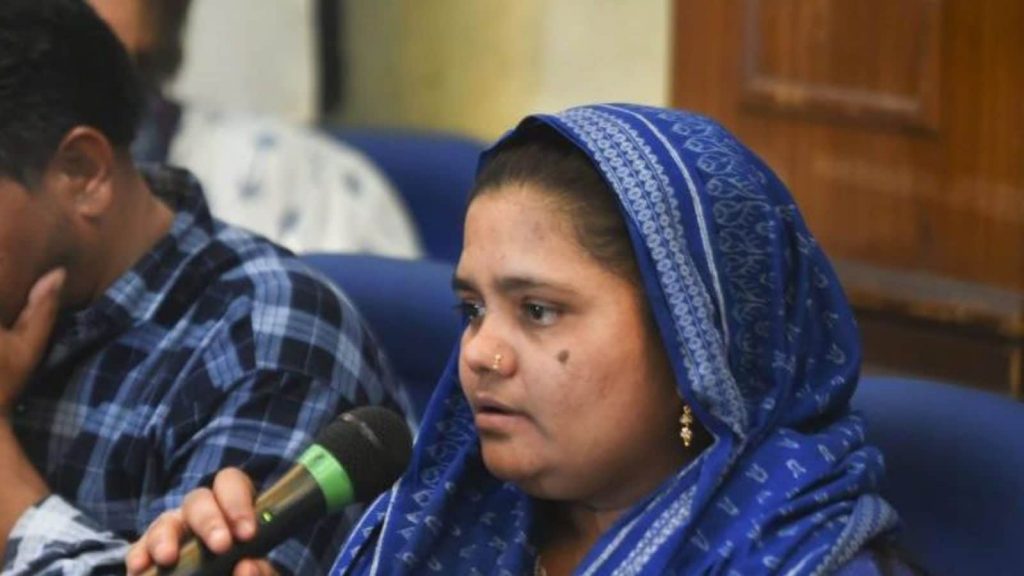 The premature release of 11 convicts in the 2002 Bilkis Bano gangrape case has become part of political and electoral discourse in Gujarat in run-up to the next month’s Assembly polls with the opposition Congress mentioning about the episode in its poll manifesto and vowing to ensure justice to the survivor.

A section of observers and activists feels the 20-year-old issue and the latest development will help the opposition party in getting votes, while others believe it will leave no impact in the Assembly elections to be held in December 1 and 5.

In its poll manifesto unveiled a few day ago, the Congress said it would revoke the remission granted by the state government to the 11 convicts, sentenced to life imprisonment in 2008 in the 2002 Bilkis Bano case by a Mumbai court.

Following the remission, these 11 men convicted in the case walked out of the Godhra sub-jail on August 15.

Bilkis Bano was a resident of Randhikpur village of tribal-dominated Dahod district, which falls under the Limkheda Assembly seat, currently held by the ruling Bharatiya Janata Party (BJP).

Kaleem Siddiqui, a prominent activist who has opposed the relief granted to the convicts, said the Congress’ stand on the issue has “consolidated” Muslim votes in its favour and prevented these electors from going towards the Aam Aadmi Party (AAP) or the All India Majlis-E-Ittehadul Muslimeen (AIMIM) led by Lok Sabha MP Asaduddin Owaisi.

Gujarat Congress working president Jignesh Mevani, one of the most vocal voices on the episode, believes though the party’s stand was necessary to assure minorities, it may not fetch votes because the issue was not raised for getting political or electoral mileage.

However, both feel the early release of convicts is not a prominent election issue in Gujarat.

According to Siddiqui, the impact of the remission issue, which has now reached the Supreme Court, will be felt more in Panchmahal and Dahod districts, which have a considerable number of Muslim voters.

“The way Jignesh Mevani had raised this issue, even in the presence of Rahul Gandhi, a sentiment was built among Muslims that someone had at least raised their concern. However, Hindus see this from a communal angle. Had they considered it an issue of violence on women, the Bilkis Bano case and subsequent remission of the convicts would have become a huge issue,” he said.

In September, Siddiqui and other activists had organised a foot-march, “Bilkis Bano Apology Padyatra”, from Randhikpur till Sabarmati Ashram in Ahmedabad to protest the early release of the convicts. However, the yatra could not be finished as organisers did not have prior permission for the protest march from authorities.

“Since Aam Aadmi Party leaders remained silent and avoided commenting over this issue in Gujarat, common Muslims became alert as they realised that despite having several flaws, the Congress was still standing with them. Because only Congress leaders have openly criticised the BJP on this issue, both at state as well as national level,” he said.

According to him, local Muslims are unhappy with the AIMIM for not doing anything concrete like the Congress.

“Earlier, it was believed Muslim votes will get divided between the AAP and the AIMIM. Even Muslims were considering to vote for the AAP for what the party was offering. But, this (remission) issue has actually played a key role in consolidating Muslim votes in favour of the Congress. Now, there is greater clarity among Muslims on whom to choose in this election,” stated Siddiqui.

Mevani, who has repeatedly attacked the state’s BJP government for premature release of the convicts, admits common citizens do not get emotionally involved with such issues.