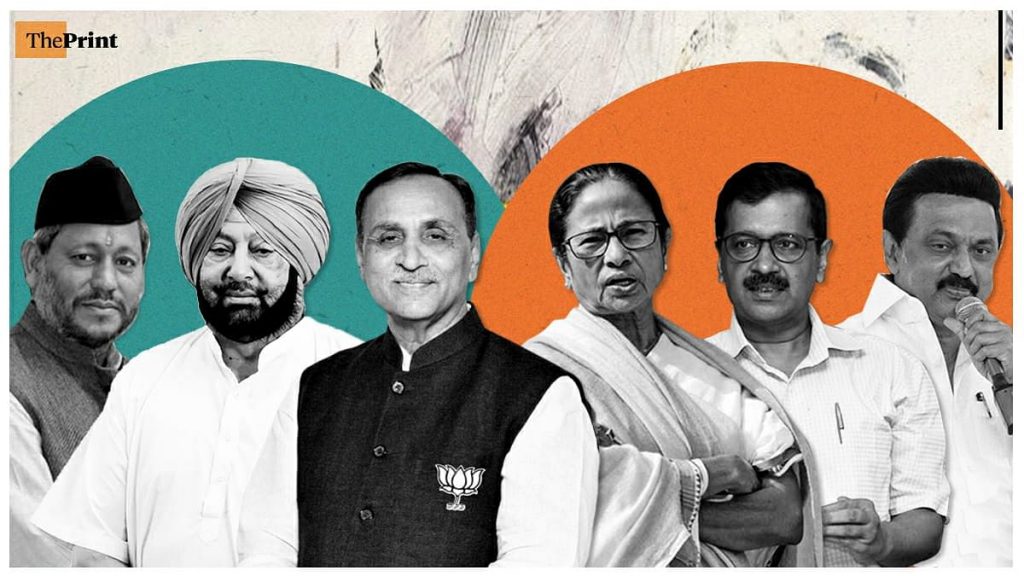 If reformation was the goal, the “bigoted” Bharatiya Janata Party would also have been invited to the all-parties’ meet to fight “bigotry and religious hegemony.” However, Joseph Stalin’s namesake, Tamil Nadu Chief Minister MK Stalin, didn’t think his call to fight “bigotry and religious hegemony” would make sense to the Hindu nationalist BJP, the party in power at the “Centre” of the “Union of States.”

The Tamil Nadu CM’s exclusion of BJP comes even as Prime Minister Narendra Modi is getting it right, left and centre from the states. Telangana Chief Minister K Chandrashekar Rao mocked Modi’s dress sense and laughed at Nirmala Sitharaman’s budget. And now Maharashtra Chief Minister Uddhav Thackeray and KCR have joined hands. Thackeray thinks he can and should replace Modi at the Centre. The two will discuss a non-BJP front.

This even as Stalin’s call to fight bigotry got a boost when his choice for “Prime Minister”, Congress leader Rahul Gandhi, stole the show in Parliament with a late evening “fiery speech” that tore into Modi like a harpoon into a tiger shark. MK Stalin had earlier in the day sent invitations to 37 political parties to attend his “anti-bigotry” conclave. And Rahul Gandhi in his rendition of “Union or Nothing”, singled out Tamil Nadu for special praise in the “Union of States.”

People must have forgotten, but it was MK Stalin who pointed out last year to Indians at large, and to BJP-Indians in particular, that India is a “Union of States” as written in the Constitution and, he for one, will dunk “Centre” for “Union Government” any day of the week. Constitution expert Subhash Kashyap agreed, clarifying that “Centre” was the middle-point in a circle, while the “Union” was the circle!

Rahul Gandhi in his Parliament speech made the same distinction, but instead of “Centre”, he spoke of the “King…the Shehanshah”. Elaborating, Gandhi pointed out that of all the states, Tamil Nadu will not “accept a King”, never ever. Rahul Gandhi did not dwell into religious hegemony or bigotry, but anybody listening to his speech would have noticed the drift.

It’s clear Rahul Gandhi had been told of Stalin’s invitation, maybe had even read the “appeal”. It’s a surprise why Gandhi did not amplify that the BJP had not only isolated India in its neighbourhood, but that the BJP had also managed to isolate itself from all the political parties of India.

It must have taken the DMK a good part of a day to dig up the names of the 37 “non-bigoted” political parties which have been invited to join the All India Federation for Social Justice to “protect the interests of the oppressed people.” Among the invitees are Rahul Gandhi’s Congress, Lalu Yadav’s Rashtriya Janata Dal, late J. Jayalalithaa’s AIADMK, and Mamata Banerjee’s All India Trinamool Congress.

Stalin’s invitation spoke of Tamil Nadu’s history of fighting bigotry and social oppression. The “Brahmins of Tamil Nadu”, or the ‘Tambrahms” as they are called, many of whom, who were forced to flee Tamil Nadu to Andhra Pradesh and Karnataka in the 1960s and 1970s, wouldn’t believe his “religious hegemony” rhetoric; Stalin nevertheless spoke of our “unique, diverse, multi-cultural federation is under threat of bigotry and religious hegemony.”

The point is no political party can give itself a clean chit on religious bigotry, except that some will try to exempt themselves by quoting “atheism” and “no belief in religion.” Let’s not be shy, “no belief in God” and “no religion” are also mentioned these days in the same column of “religious diversification” and the bigotry of the “atheists” is equally harsh and crucifying.

That said, like Stalin says, the forces of “bigotry and religious hegemony” can be fought only by those who give importance to “equality, self-respect and social justice” and “political gain” does not come into the picture when it comes to “re-establishing the pluralistic identity of our republic, as visualised by our founding fathers.” Stalin should be applauded for this distinction because over the years many Tamils have lent their voices to an “independent Tamil Eelam.”

Stalin’s call to fight “bigotry” comes even as “communal forces” have taken over electioneering in the five states going to the polls in February. Stalin unlike Mamata Banerjee will not be going to UP because he knows that the Congress is in dire straits in Uttar Pradesh and wouldn’t be setting the Ganges on fire.

That being said, Stalin’s treatment of the Bharatiya Janata Party is a tight slap on the face of the world’s largest political party. The BJP represents a huge chunk of Indians and in one fell stroke, all the millions of BJP voters have been labeled “bigots” by MK Stalin for their religious preference. It is telling that the only bigots in India are Hindu!

At the end of the day, however, it’s all about political power—who is “King” and who is “coalition leader”. For 10 years, the UPA coalition ruled and there was no room for “King” though everybody soon learned who alone had the power to tear up ordinances. That said, power does not differentiate, it goes into everybody’s head, some flaunt it with a blatant sense of “entitlement”, others splash it in brazen displays of “bigotry and religious hegemony.”

Political parties coming together to fight bigotry and religious hegemony is good news. But it is hard to forget there is always a political hand behind religious bigotry. It’s ideological. Stalin’s preferences are well known. In December 2018—in time for the 2019 general elections—Stalin had endorsed Rahul Gandhi for PM, saying Rahul had in him the ability to defeat the “Fascist-Nazist Narendra Modi.”

Now, even as Rahul Gandhi tore into Modi with fulsome praise for Tamil Nadu—pitting the “Centre” against “Tamil Nadu”—comes this call to fight “bigotry and religious hegemony.” The segregation of the BJP tells the story. February 3, 2022, Stalin tweeted to thank Rahul Gandhi. “Dear @Rahul Gandhi, I thank you on behalf of all Tamils …” With Stalin, KCR, Uddhav Thackeray and Mamata Banerjee, all of them aiming for Modi’s head, it appears like the “Union of States” is seriously considering a change of King at the Centre, a  takeover of the Union of States!   (IPA Service)

Health Allocation In 2022-23 Budget Much Below The Needs Of The Present Challenge
Posting....