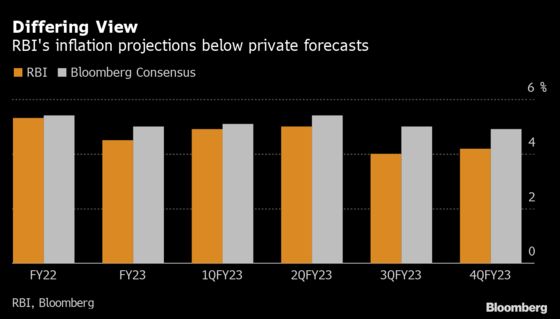 The Reserve Bank of India sees the prospects of higher inflation in the current year against the background of a volatile global economic situation.

The RBI believes India will experience an inflation rate of close to 6% against 4.5% during the current fiscal year. RBI governor, Shakikanta Das, gave an assessment of the Indian economic situation while announcing a more nuanced monetary policy for the current quarter.

Indian inflation is influenced by the price of oils and internal supplies of food articles. Of these, oil is under tremendous pressure due to the evolving geo-political scenario as a result of the Russia-Ukraine war. The respite might not be close at hand either. This is why.

While the aggression had begun as a purely one-sided move of the Russian president, Vladimir Putin, in search of his megalomaniac dreams, the unbelievably stout resistance movement from the Ukrainians had changed the complexion of the conflict. The Ukrainians have fiercely fought back and stalled the Russian progress. Indeed, Russia is now in retreat.

It is important to comprehend the changing character of the hostilities. There lies the key to the future course of this war and also the prospects of the global economy. As the Russians are facing rout and humiliating defeat on the battlegrounds, they are getting entrenched. In their desperation, they could be expected to continue fighting no matter at what cost.

The implication is that Russia being a major supplier of energy to the whole world, its supplies would remain disrupted. The sanctions strangle hold would be sought to be further stiffened and buying Russian oil and gas would increasingly be subject to sanctions and black-balling by the western powers.

The second implication is that Russia and Ukraine had hitherto been the breadbasket for the world, being the major producers of wheat. These are already in shortage in the global markets. Some of the poorer countries are facing food shortages already.

A collateral damage from the conflict is on the supplies o fertilisers to the world. Both these countries are principal suppliers of fertilisers to a large number of countries, including India. The means, fertilisers prices will rise and, worse, fertilisers would be in short supply. That will not only hurt countries in terms of higher prices, but their farm sectors could also be constrained.

The Reserve Bank governor has referred to “Tectonic shifts” in the global situation since February 24, when the war began. That observation has to be interpreted in the light of these implications of Russia’s Ukraine war. A long drawn-out conflict between the two neighbours will thus have global ramifications. It will not spare India.

As the headwinds start blowing, the RBI has upped its ante. RBI’s changed monetary policy stance is the beginning of its defence of the Indian economy against the onslaughts of a possibly nose-diving global geo-economic situation. Security uncertainties apart, the economic fall-out could be severe.

Inflation would be triggered fro two distinct sources: first, food price inflation; and secondly, from the multiplier effects of a rise in energy prices. Of these two, containing food inflation could be more a domestic affair for India, though global food prices have already started climbing up. India’s Achilles heel would be the energy — mainly oil and natural gas — price hikes.

Prices of food items are anticipated to keep rising, as wheat supplies from the Black Sea area, which mainly are supplies from Ukraine and Russia, would keep the pressure on food supplies and prices. Black Sea producers account for the lion’s share of world wheat trade.

This of course could mean some opportunities for India. With bulging food grains stocks in the country and the acute shortages of food grains in the global markets, India could explore possibilities of exports of wheat to draw down the large domestic wheat stocks.

But overall, Mr Das felt that the inflation rate in the country would remain north-bound dominated by the uncertain global geo-economic situation. The silver lining for India is that the monsoon is expected to be normal and farm sector growth was expected to remain buoyant.

But the continuing war between Russia and Ukraine would leave its footprint on every sphere of the global economy. Continuing boycott of Russian oil and increasing animosity between the west and Russia could further dampen the spirit in the financial markets.

It would be a better strategy not to fight energy price hikes and let these pass through. The Indian economy should eventually get used to high imported energy prices. The high prices should egg on India to adjust to these and economise on use of imported energy resources.

The worry is that, while you cannot do otherwise and prepare for fighting inflation, that should not hurt the prospects for growth. We have just emerged from the debilitating effects of a pandemic. Geo-economics should not now throttle the growth green shoots.

The good news is that with larger government spending and improving activities, domestic demand is regaining its pace. Furthermore, RBI feels that with normal monsoon, the rural demand should continue to remain buoyant. It is domestic demand and purchasing power which drives the Indian economy.

Currently, Indian industry is operating at an average of 73% of capacity utilisation. While there is some scope for further improvement in capacity utilisation, any fresh climbs should mean larger investment at the next stage. RBI believes that the government’s production linked incentives scheme is working well to encourage Indian industry to make fresh investments.

The GDP growth rate has been somewhat pared for the whole year. RBI expects India’s GDP to grow at around 7% against its earlier projections of around 8%.

However, this is remarkably comfortable. India is a major economy and this level of growth can make it one of the engines for global economy. RBI is afraid that western European economies would suffer a huge jolt from the continuing Russian misadventures in Ukraine. These might drag all down. That is what we should fight, maybe by focussing on internal growth drivers. (IPA Service)

Judicial Independence: An Area Where Pakistan Enjoys An Edge
Posting....