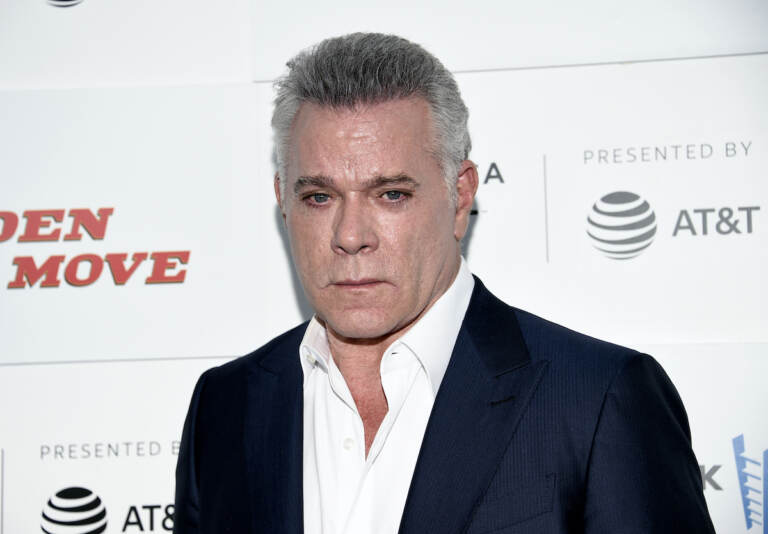 No need to get fancy or clever in paying tribute to Ray Liotta, who died suddenly in his sleep at age sixty-seven. This one really hurts.

And enrages. Because we saw what he could do when he played his greatest role, Henry Hill in Martin Scorsese’s Goodfellas. And though of course he was an always-powerful presence in a range of films, including Something Wild, Field of Dreams, Cop Land, and Blow, we never really got to witness the big career that was his due, that would’ve fulfilled his early promise.

What the hell were you thinking, Scorsese, abandoning Liotta after Goodfellas? He was standing right there!

He should’ve been a major star, with many leading roles tailored to his talents, and it didn’t happen. I personally hoped his career might burgeon into bigger stardom late in life — it’s rare, but it occasionally happens — because he was belatedly getting a lot of work in films such as Marriage Story, The Many Saints of Newark, the upcoming Cocaine Bear, and Dangerous Waters, which was in production when he died. Liotta, with his rough-hewn, pockmarked handsomeness and menacing aura that made his mercurial charm so insidious, had an unusual ability to play the contradictions — sweetness and brutality, humor and violence — as all part of one continuum.

That made him unusually suited to play all sorts of great American characters that never got written for him because he wound up in the wrong era. He would’ve been ideal for the New Hollywood era of the 1960s and ’70s, when rough, savvy, unsparing portraits of antiheroes were routinely getting made. Instead, Liotta came up in the 1980s and really broke through in 1990, when typical male stars included Kevin Costner, Tom Hanks, and Bruce Willis. Anyone wanting something a little wilder had Arnold Schwarzenegger and Johnny Depp to choose from.

It’s terrible to think of all the dull movies Ray Liotta got me through over the decades. Most recently, he made The Many Saints of Newark bearable for me, and I quote my own review as a personal testimonial to his excellence:

Ray Liotta is the most compelling figure in the film, playing a dual role as the crude, blustery [1960s mob boss] “Hollywood Dick” [Moltisanti] and his restrained, intellectual, jazz-loving twin brother, Salvatore “Sally” Moltisanti, who’s doing life in prison after killing a made man at age twenty-five. . . . Liotta gets to pull out all the stops demonstrating how convincingly he can play the other brother, with diction so precise it borders on the finicky, a nice touch in a character who looks as genuinely scary as Sally does.

The only thing that makes me feel slightly better about the untimely death of this great actor is finding out that maybe, just maybe, Liotta himself was okay with his strangely trammeled career at the end. Liotta never set out to be an actor at all, and he seemed to take the rough-and-tumble of his showbiz life phlegmatically:

For as long as he could remember, Henry Hill wanted to be a gangster. But for as long as Liotta could remember, he had no interest in acting at all. He only studied drama because it was a course at college that had no maths requirements, and he only started auditioning for plays because a pretty girl told him he should. “To be honest with you,” he says, “I thought I’d be in construction.”

Liotta seemed to have arrived at a point of practical acceptance about being forever known for Goodfellas: “If you got one movie that people remember, that’s great. If you got two, that’s fantastic.”

And it’s even better to find out that, though many Americans would insist Liotta was in two films for the ages, including Field of Dreams, Liotta never saw that one, a fact the Guardian interviewer can’t get over:

But Ray, I say, you’re so good in it! So opaque, so weird, somehow so credible as the ghost of a disgraced baseball player. “It’s just a personal thing that happened,” he says with sudden real feeling. “My mom was sick when we went to see it, so we didn’t stay the whole time so it’s not something I want to do. It’s on TV a lot, but I just pass over it. I’ve no desire. That’s it.”

Just when I think I couldn’t admire this actor anymore, he expresses no desire to watch that bathetic ’80s would-be-jock-fantasy Field of Dreams.