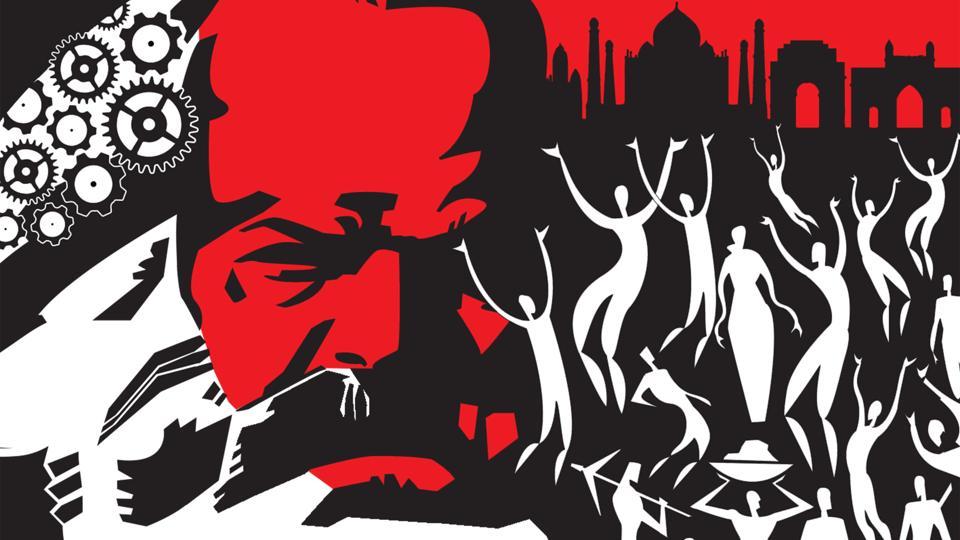 Why may one study Rammohun Roy (1772-1833), a contemporary of Georg Wilhelm Friedrich Hegel (1770-1831) while studying Karl Marx (1818-1883) today? Some of the burning issues addressed by Rammohun Roy have remained with us since his time and, some others that had seemed to have been overcome, have come back with a renewed vengeance. Rammohun Roy was one of the makers of that Victorian England (Zastoupil 2010), in which Karl Marx lived and worked.

During Rammohun’s lifetime, a very large-scale reorganization of the older forms of Indian commerce and polity had already begun, in the ceded and conquered territories of Hindostan under the Raj of the English East India Company. This company happens to be one of the ancestors of the modern multinational corporations. That process of further opening up South Asia in the interests of the world market continues in our time. Today, it is continuing in accordance with the requirements and policies of the transnational companies, and under the guidance of their multilateral agencies, such as the World Bank, IMF, and the World Trade Organization.

As in Rammohun’s time, so also now, the process of transformation of our societies requires simultaneous and multifaceted transformation of our multilayer confessional beliefs or dharmas or majahabifiqhs, laws, economies, public lives, customs, domestic relations, educational systems, in other words of all the components of our culture. As our people from the North to the South and from the East to the West of the Hindostan peninsula continue to live in a cultural time continuum spanning several thousand years, here and now, the rural and urban people in many, if not most, parts of South Asia still remain in pre- Rammohun and near-Rammohun social and cultural time in more senses than one.

The practice of burning alive widows, against which Rammohun agitated in Bengal of his time, is still openly supported and deified in several parts of Northern, Central and Western India. Dowry related bride burning is quite prevalent in contemporary West Bengal. Caste, clan and familial norm-dictated-murder of lovers who violate those norms is openly supported by the elected public representatives in several regions of the land. Women’s entitlement to a share of her ancestral property is legally recognized, but it is most often denied in our domestic practice.

Communal and caste related prejudices and traditions continue to have hegemonic control over our judiciaries, legislatures, electoral processes, governmental executives, economies, mass media, educational institutions and matrimonial markets. All sorts of violent pogroms and assaults — such as, forced eviction, physical torture, rape and murder — of women and children, of the members of the socially depressed confessional communities (like the Muslims and Christians), castes (especially those that are engaged in tending and trading in cattle, processing meat, and curing hide) and, tribes (especially those that live on the hills and in the forests containing industrially valuable deposits of minerals and ores) are regularly organized and condoned by our ruling castes, their mass media, their representatives in the government and, in the state security organs, who enjoy monopoly of the right to use maximum violence over our subject people.

The tasks faced by the liberals of the generation Rammohun still remain with us as immediate tasks, and this is happening in an era of worldwide retreat of liberalism. The conceptual apparatus at our disposal for addressing them, however, has undergone considerable change over the last two hundred odd years. An important part of the new conceptual apparatus that we now possess, happen to be the relevant works of Karl Marx.

Both Rammohun and Marx expected, at different times of their lives, that the European or English bourgeoisie will play the role of the required external influence to transform the socio-political prejudices of tradition. The bourgeoisie at the helm of the western colonial powers did partly play such a role all over the world for a time. Then they became hindrances for further development of their own and of the other societies. Here their roles are comparable to that of our contemporary ruling castes— the ashrāf-brāhman-vaidya-kāyastha literati—that did play partially forward-looking roles, in the past two hundred years, as role models for the modernizers among our depressed tribes, castes and communities. However, as decadent and backward- looking oppressors, our hegemonic castes have now become the principal stumbling blocks in the path of further upliftment of our oppressed people.

Take the case of the attitude of our ruling literati to the legacy of Rammohun as an example. The partially anglicized Bengali bhadralok did not even care to translate the English Works of Rammohun into any other modern Indian language, not even into their, and Rammohun’s, mother tongue Bengali, and that not even 225 years after his birth and, some 165 years after his death. Some of these works, translated into Bengali by the author of the present lines some twenty-three years ago, continue to retain their relevance today.

These include Rammohun’s: “Brief Remarks regarding Modern Encroachments on the Ancient Rights of Females according to the Hindu Law of Inheritance” (1822); “Press Regulation: Memorial to the Supreme Court” (1823); “Appeal to the King-in-Council” (1823); a letter dated 18 January 1828 to an unknown addressee on the political and economic evils of the caste system; “Rights of Hindus over Ancestral Property” (1830); “Life of the People” (1831);“Revenue System of India” (1831); “Judicial System of India” (1831); “India: Its Boundary and History” (1832); “Settlement in India by Europeans” (1832); a letter dated 04 January 1832 addressed to the Minister of Foreign Affairs of France in Paris on the irrelevance and irrationality of the system of passports and visas; “Judicial and Revenue Systems” (1833); and, “Grant’s Jury Bill” (1833).

The modern Indian literati did not translate these texts into our mother tongues, because they did not want the first-generation learners among the children of our oppressed genders, tribes, castes and communities to read Rammohun in their respective mother tongues. Lest they start cogitating deeply about the policy issues related to the future-oriented transformation of our societies; and, start asking disturbing questions like, why did Rammohun and his followers fail, and why, in general, did liberalism and humanism fail to strike roots, evolve and gain strength in the Indian societies.

Like Rammohun before him, Marx was also interested in our past social and economic rules and regulations of power, inheritance, communal and familial use and ownership of movable and immovable property. His notes and excerpts from Kovalevsky (1879) on the land relations in South Asia bear testimony to that interest. Investigators of history of political economy in South Asia may also take note of the fact that Rammohun noticed certain unjust features of the intermeshing of the revenue and judicial systems of India under the Raj of the East India Company (Roy 1832), about half a century before Kovalevsky and Marx took note of these facts (Kovalevsky, 1879: 189; Marx’s excerpt in Harstick, 1977: 91).

The appropriation, obfuscation, suppression and distortion of the ideas of Rammohun and of the other Indian modernizers of the nineteenth century by the subsequent modern Indian literati, which precipitated the failure of liberalism in India, leading to the emergence of the current obscurantist, nay openly xenophobic and authoritarian ruling elite of our land, has a close family resemblance with the distortion, suppression and appropriation of Marx by the self-serving Social-Democratic, Marxist, Leninist, Stalinist, Maoist etc. partocratic elite, which led to the failure of their past political efforts and, to the emergence of the currently dominant politics and economics of new barbarisms all over the world.

Like Rammohun, Marx too needs readers from among the salt of the earth, who would take his future oriented internationalist visions forward. I repeat: the failure of bourgeois liberalism as an ideology and as a practice needs to be investigated extremely closely, in the interest of investigations on the failure of partocratic Marxisms as ideology and as practice. We will have to engage with the history of all metropolitan and colonial liberalisms and socialist aspirations. These engagements will continue to create ever larger databases for more and more comprehensive outlines for that treatise on the state, which remains the fourth unwritten part of Marx’s planned critique of political economy. (IPA Service)

** Pradip Baksi is a Kolkata based Marx scholar

Winning The Hearts Of Foreigners Abroad Is Not Going To Help Rahul Gandhi
Posting....