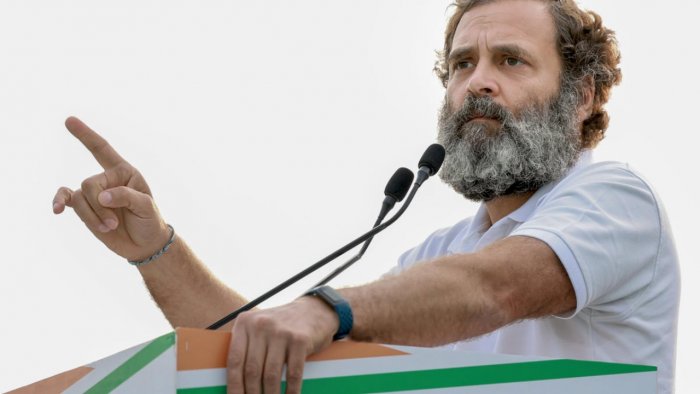 If the tone and tenor of Narendra Modi’s speech at the high level meeting held on Thursday to discuss the strategy to fight covid is any indicator, it is obvious that Rahul Gandhi would have to terminate his Bharat Jodo Yatra even before reaching Delhi, not to speak of Kashmir. Emphasising “Covid is not over yet” Modi cautioned against complacency, called for strict vigil and directed that the ongoing surveillance measures, especially at international airports be strengthened.

Though he focussed on strict vigil at the airports, he did not direct the officials not to allow landing of the Chinese flights. In a natural course he should have issued instructions as China has is worst hit of covid. Instead at the meeting he was explicitly worried of the Yatra. The hundred day old Yatra has sent unambiguous message that the people have lost confidence in Modi’s governance. This got reflected in gigantic response it received even in the BJP ruled states.

Even a layman would appreciate Modi’s anxiety, but the question remains why he did not initiate these actions the day it was revealed that five countries including China have witnessed resurgence of the covid? Why he had to wait for Rahul’s Yatra to reach Delhi? It is something antithesis to “means defines the goal”. For Modi it is the goal that defines the means.

Picking the thread from Modi, some of the BJP ruled states and even both the houses of Parliament advised MPs to wear a mask and spread awareness about Covid-appropriate behaviour. Modi at the meeting had stressed on the need to ensure that the entire Covid infrastructure at all levels is maintained at a high level of preparedness in terms of equipment, processes and human resources. His instruction came in the backdrop of the officials briefing that India has been witnessing a steady decline in cases with average daily cases falling to 153 and weekly positivity down to 0.14 per cent in the week ending December 22.

The haste and alacrity shown by Modi in hosting the high level meeting simply endorses the general perception that Modi resorted to this nature of action only to conceal his real intent to practicing politics of vengeance and also foil Rahul Gandhi’s mission to reach Yatra to Kashmir through Delhi. Both the states have immense political importance for BJP.

Modi’s politics of vengeance is harming him more than any protest action of the opposition. He ought to realise that his style of politics is alien to the concept of modern day politics that is practiced in a democratic set up. In fact his retributive action has been inflicting his own image and charism.

Shocking indeed while Modi government served notice to Rahul to abort his Yatra, the state BJP of Rajasthan  announced that it would not suspend its  “Jan AakroshYatra”. With the assembly election in Rajasthan scheduled in near future BJP chief J P Nadda launched the ‘Jan Aakrosh Yatra’ in the Congress-ruled state to corner the Ashok Gehlot government on issues related to farmers and governance on December 1. The latest stand of the party punctures the claim of Modi that people come first before politics.  The chief of the state BJP said;”So far, Jan Aakrosh sabhas have been organised in 41 assembly constituencies. Since there is no advisory of the central and state governments, there was some confusion, the confusion was about suspending yatras but our public meetings will take place”. He nevertheless promised to follow the covid protocol. It is to be seen how far he succeeds in keeping his promise made to the  authorities.

If the disease really posed a serious threat to India, in that situation Modi should not have waited for Yatra to enter into Delhi. The entire move smacks of a definite design and people are eagerly waiting for the official order directing Rahul to terminate his Yatra.  Modi may feel delighted at the success of his manoeuvring, but the fact cannot be denied that he wrote one more chapter of his political failure. His desperation makes it absolutely unambiguous that Yatra has already served its political purpose. Meanwhile Congress communication chief Jairam Ramesh has sought a clarification from Modi government whether the Covid protocol had been reinforced in the country or only the Bharat Jodo Yatra was being selectively targeted.

On Thursday Rahul Gandhi categorically said that the Modi government has come up with this excuse to stop Bharat Jodo Yatra.  He is scared of the truth. “Hindustan ki shakti say, Hindustan ki Sachai say, yeh log dargaye hai, yeh sachai hai (they have got scared of power and truth of the country. This is the truth),” criticised Rahul.

It is equally astonishing to note that Modi government has become conscious of its responsibility towards the states only after serving notice to Rahul.  Mandaviya could come to know of the upcoming festivals and New Year celebrations only after sending the notice. They have been using the meeting as a face  saving device. It was just ahead of PM’s meeting that Mandaviya in a statement in Parliament directed the states to remain alert and create awareness about wearing face masks and using hand sanitisers, especially in view of upcoming festivals and New Year celebrations.

Modi’s lack of political vision is manifest in the long list of his failures. While he miserably failed to boost economy, check inflation and failure to create employment, he could not offer a political solution to the farmers’ movement. It is worth taking note that India witnessed 3,400 communal riots between 2016 and 2020, including the Delhi riot of 2020 when 53 people were killed. He stopped scholarship to the SC and ST students. Though the Bhaktas eulogise him for his leadership quality and political vision the fact is the successes of the Modi government are debatable. He has been against the fundamental rights of the people. For months this government argued in the Supreme Court against citizens having a fundamental right to privacy. (IPA Service)

Indian Authorities Have To Take Proper Lessons From Covid-19 Pandemic