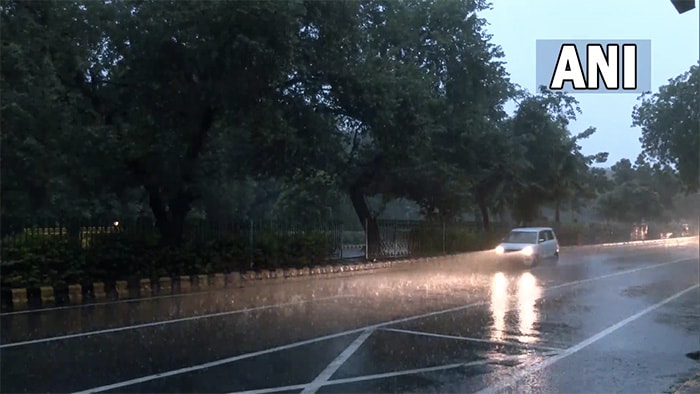 New Delhi: An orange alert has been issued in Delhi for today, with the India Meteorological Department (IMD) predicting heavy rain and strong winds in the national capital, days after the city witnessed a record spell that helped it breach the 1,000 mm mark for the first time in 46 years. The downpour on September 11 had led to extensive waterlogging at the Delhi airport and other parts of the city.

This morning, light to moderate rain was reported in several parts of Delhi. The humidity was reported around 92 per cent.

The weather office has forecast strong winds in the city during the day. The maximum temperature is likely to settle around 34 degrees Celsius, it said.

The capital has received 1,146.4 mm of annual rainfall so far this monsoon season, the highest in 46 years. The city recorded 117.9 mm rainfall on Saturday, which saw extensive waterlogging at the Delhi airport, traffic disruptions on key roads, and trapped vehicles in flooded underpasses. As many as five flights – four Delhi-bound domestic flights and one international flight – were diverted to neighbouring cities due to the heavy rainfall.

The Safdarjung observatory, which is considered the official marker for the city, had gauged 1,150 mm of rainfall in the monsoon season in 1975.