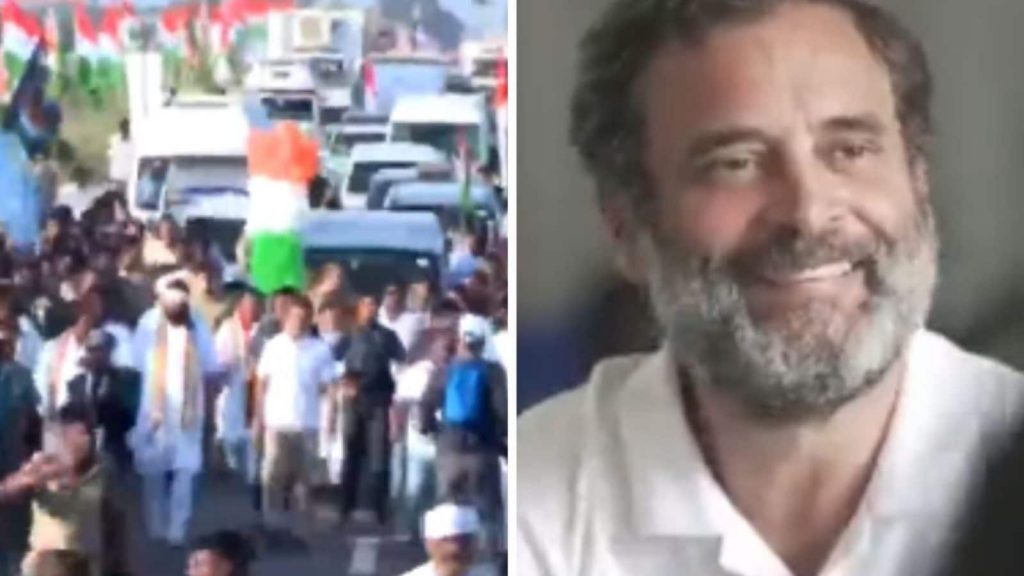 After a 96% turnout for the Congress presidential post elections, the party resumed its ‘Bharat Jodo Yatra’ from Kurnool in Andhra Pradesh with renewed vigour and a band performance.

Of the total 9,915 Pradesh Congress Committee (PCC) delegates that form the electoral college to pick the party chief in a secret ballot, over 9,500 cast their ballot at all PCC offices and the AICC headquarters in Delhi, party’s central election authority chairman Madhusudan Mistry announced. The results of election will be declared on October 19, after ballots from all PCC offices reach Delhi and the votes polled are mixed before counting.

State Congress president Sake Sailajanath and other senior leaders received Rahul as he crossed into AP for the Yatra. Rahul will cover Aluru, Hatti Belagal and Munikurthi in his march today. He will make night halt at Chagi village under Adoni.

The Congress leader, who began the Bharat Jodo Yatra on September 7, briefly passed through villages in Anantapuramu district bordering Karnataka on October 14. The yatra will continue through AP till October 21 when he will re-enter Karnataka, en route Telangana.

Meanwhile, Rahul Gandhi’s answer on ‘how he avoids tanning’ during the Yatra is going viral on social media. When asked how he avoids tanning while on the yatra, Congress leader Rahul Gandhi stated that he does not use sunscreen. “My mother sent it, but I haven’t been using it,” he added. He was speaking with locals in Karnataka on Monday.