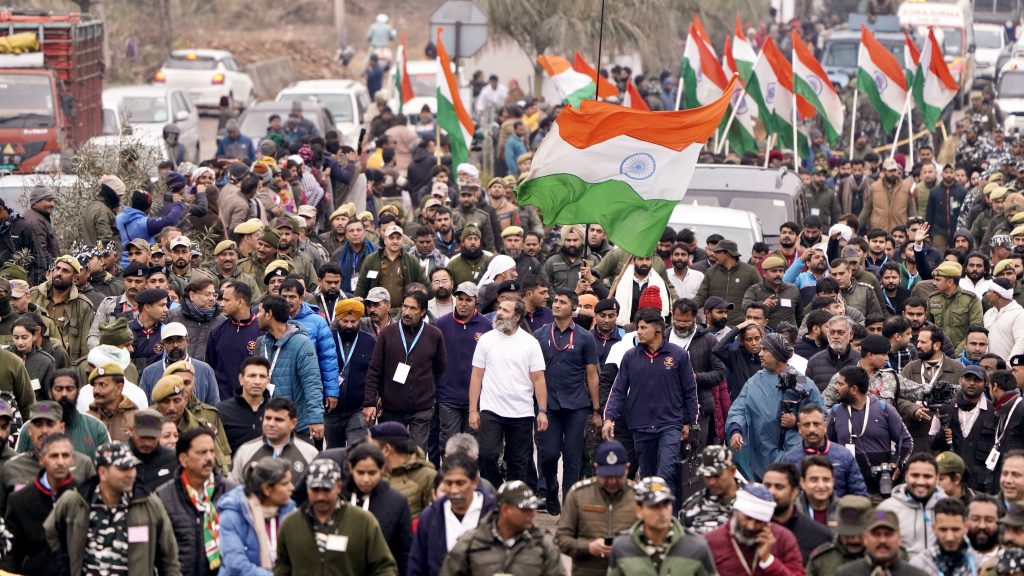 The Congress marked the beginning of the Jammu and Kashmir leg of Rahul Gandhi’s ‘Bharat Jodo Yatra’ criticising the central government’s decision to revoke the special status of the former state, calling it a “grave insult” to the people of the region.

The statement was made by senior Congress leader Jairam Ramesh, who called for the restoration of the statehood of Jammu and Kashmir, stating that it is the least the BJP-led government at the centre could do to make amends.

“I think Jammu and Kashmir must be restored full statehood at the earliest. That’s the very least we can do. What was done on the 5th of August 2019 was a grave insult to the people of Jammu and Kashmir who have been with India for decades,” said Mr Ramesh, who is the Congress General Secretary in charge of communications.

Ramesh also pointed out that special status was not limited to Jammu and Kashmir, as there are several states in India which enjoy special status under Article 371 of the Constitution.

Due to security concerns, a significant portion of the yatra in Jammu and Kashmir will be completed by bus. The march began in September from the southern tip of the country in Kanyakumari and has travelled about 3,400 km in 125 days.

“Because of the cold, topography and security considerations, a good part of the Jammu to Srinagar march will be done by bus. But at least there will be three days of padyatra from Anantnag to Srinagar in Kashmir,” said Ramesh.

The yatra is set to conclude with a mega rally in Srinagar, which is expected to be attended by leaders from nearly two dozen national parties. Mr Ramesh stated that the yatra is aimed at “reimagining politics” and transforming the public image of Rahul Gandhi.

“Congress has lost what it stood for, and it is a major attempt by Rahul Gandhi to sharpen the ideological stance of the Congress,” Mr Ramesh said.

With tight security in place, Rahul Gandhi began the final leg of his Bharat Jodo Yatra in Jammu and Kashmir. He was surrounded by a large number of security forces as he walked in the rain and briefly put on a jacket, a departure from his trademark t-shirt attire during the yatra.

After entering Jammu and Kashmir, Mr Gandhi stated that it was his homecoming and that he wanted to share the pain of the people.

Wrestlers end stir after Brij Bhushan asked to step aside