Rahul Gandhi’s ‘Time Ayega’ In This Budget Session Of Parliament 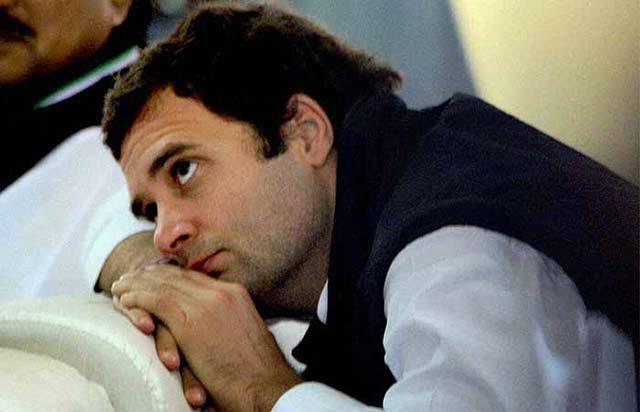 The first day of Parliament’s Budget Session and our Pradhan Sevak Narendra Modi fervently wished the session will see serious and “engaging” discussions on vital issues. Does that mean Modi, the favourite politician and Prime Minister of opinion polls, will allow a “serious” discussion, engaging it cannot be, on Pegasus that flew in with many billion dollars’ worth of Israeli missiles?

And keeping with its credo and timely intervention policy, the New York Times, which keeps a permanent tab on Modi, like a hawk does on its prey far below its flight path, has come out with startling revelations which, by Narendra Modi’s own definition, calls for serious discussion. Modi took off his socks when he and pal, then Israeli Prime Minister Benjamin Netanyahu, concluded the military-grade Pegasus deal on an Israeli beach on a sunny Israeli day.

The sun that day had shone brightly on Modi’s brow and, according to one smile-reader, the smug smiles on both Prime Ministers’ faces should have told which way the Pegasus had flown. But it took more than a couple of years for the beans to spill. When it did, it took a consortium of investigative journalists. By then, Pegasus had invaded smartphones like it was starved for data.

If the NYT story is to be believed, the Modi-Netanyahu deal worked four ways. One, Israel got its several billion dollars’ worth missiles sales deal. Two, India got a cache of missiles along with the Pegasus side-hustle. Three, India voted against Palestine in the United Nations. Four, the Government of Narendra Modi got Pegasus to spy on rivals and critics among India’s citizenry.

Everything went as planned, and now Pegasus is a fly in Modi’s ointment but he wants the Parliament of India to have a smooth-flowing Budget Session. How can that be? Already, the NYT is getting flak from the BJP for carrying on with its binge targeting of India, Narendra Modi in particular. “Why does NYT always come with stories like this on the eve of a Parliament session?” is a regular BJP refrain.

The other question is whether the NYT story is the last nail in Modi’s you know what? People and publications forget that Modi is a cat with nine lives. Nobody knows how many of those nine are left, but if anybody has a number on Modi, it’s the Supreme Court, which has instituted a probe on Pegasus. The Opposition and “secular” media are convinced Modi is a “deshdrohi” and fit to be nailed shut.

If the court doesn’t do the punishment, the electorate will, say the coalition of media and Opposition. The three-member Supreme Court panel, headed by a retired Supreme Court judge, is investigating the “snoop-gate” with the Opposition and the journalists’ consortium on its tail, making sure the top court’s panel doesn’t stall.

That being said, Prime Minister Narendra Modi seems cool to the hullabaloo triggered by the NYT report. For Modi it is business as usual—‘Man Ki Baat’, electioneering in the five states, elections on D-Day and results on March 10. Modi’s calendar hangs on 7, Lok Kalyan Marg.

From all indicators, the Modi government will sit through Parliament, confident that “even this will pass.” This Budget Session is divided down the middle. One part will run up to the second week of February. Then, Parliament will go into recess for a month. It resumes again thereafter.

By then the 5-states’ election results will be out and everything will depend on whether the Jats and Yadavs’ combine manages to toss the Yogi and Modi out of Uttar Pradesh. If that is not how it pans out, there is still Pegasus. But in that case, too, it will depend on what the Raveendran committee delivers in hard evidence to the apex court.

Will Pegasus be a Bofors in the Modi Government’s thick hide? Everything points to the buck stopping at Modi’s door. However, getting through the door is the hard part. The Government must surely have its excuses lined up. And if anybody thinks he’s living in an authoritarian state, then in all seriousness he is.

Everything is changing around us, Ye Mere Waton Ke Logon. And all that you can do is sit and watch. Modi on the first day of the Budget Session requested all members of Parliament to participate in the proceedings with full commitment.

“It is true that because of frequent elections, sessions and discussions are affected…but in Parliament, Budget Session sets the tone for the entire year and therefore it is very important,” he said. Nice words, grand opening remarks, but Parliament is not for nice engagements and quality discussions alone, Parliament is also to speak truth to power, haul up the government for crimes committed including what’s called ‘deshdroh’. (IPA Service)

Nirmala Is Saddled With More Problems Than Solutions In Budget 2022-23
Posting....