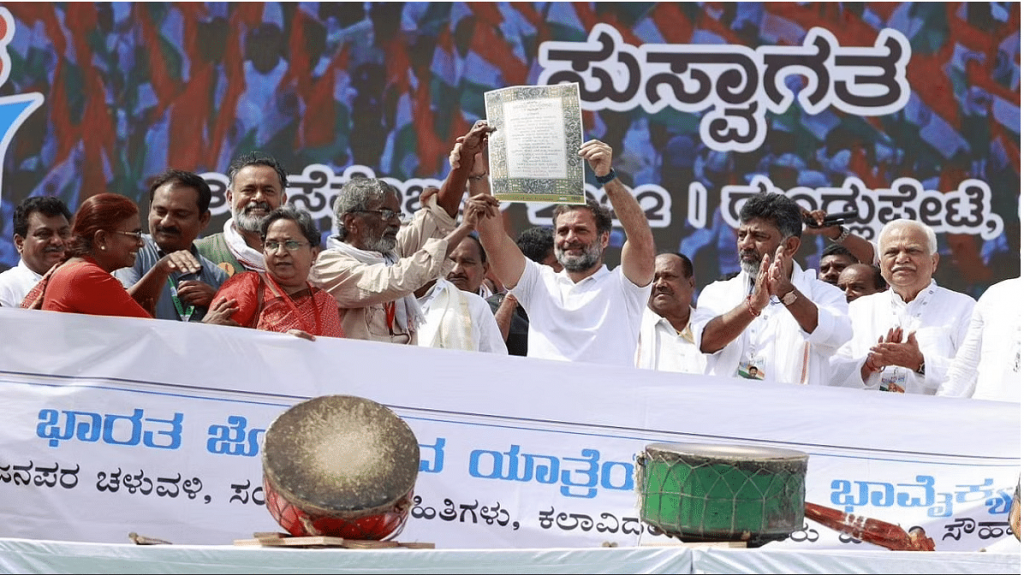 Has Congress President Rahul Gandhi’s low-profile poll gamble worked? Rahul skipped the campaign in Himachal Pradesh and canvassed barely in Gujarat while concentrating on his Bharat Jodi yatra. Was it part of a strategy, or was it an ill-advised move? Could Rahul’s strategy be to save the party’s ammunition for more significant battles? What is intriguing is how could a defeat in one or both states help him when victory is at a striking distance.

Senior Congress leaders close to Rahul claim it was a conscious decision. They say that he was looking ahead and preparing for the 2024 Lok Sabha polls, which he would lead. He was fighting a much bigger battle of taking on the RSS, which would pay the party a much-needed dividend in future. The real enemy was the RSS and not the BJP. Rahul is not caring for the immediate assembly election results in Gujarat and  Himachal to be  announced  on  December 8.. He is preparing the party to fight a long term ideological battle

Traditionally the two states which went for assembly elections, had witnessed a direct fight between the BJP and Congress. With Himachal’s history of not repeating the same party, it is the turn of Congress to snatch power now. It will give the sagging morale of the party a definite boost and enable it to build on its momentum.

Of the two, Gujarat is a high-stakes battle for PM Modi and Union Home Minister Amit Shah, as both hail from Gujarat. They have been campaigning in the state, not leaving anything to chance. All surveys predict that the BJP is far ahead of Congress in a tight contest. So, the BJP will create a record if it wins one or both states.

For the Congress, which has been out of power in Gujarat for 27 years, another defeat will further demoralise the cadre and affect its chances in the 2024 Lok Sabha polls. With the BJP facing indiscipline, Congress could still win not because of the leaders but because of the workers.

The ambitious Aam Aadmi Party has also entered the fray, making it a three-cornered contest. AAP is upbeat after winning Punjab last year. The entry of the AAP may further weaken the Congress as the AAP would only take away the Congress votes.

From 2014, since Modi appeared on the national scene, Congress faced a continuous electoral slide and lost state after state. Since then, the party’s successes or failures in elections have been attributed to Rahul Gandhi, who became the party chief in 2017. He resigned in 2019 but continued to take decisions. Congress and its allies governed 13 states, with nine ruled by a Congress-led government in 2014. Even those states that Congress won legitimately had fallen, allowing the BJP to form the government. Now it has only Rajasthan and Chhattisgarh. Both state Congress parties suffer from infighting and indiscipline

Despite anti-incumbency, the BJP depends on Modi’s magic to regain power. Both parties needed to build stronger state leaders. In the past, Congress and the BJP had strong leaders like Veerabhadra Singh and Sukh Ram (Congress) and Dhumal (BJP).

Congress is weak in Gujarat because of the absence of the late Ahmed Patel. Youth icons like Alpesh Thakur and Hardik Patel, who were part of the 2017 Congress contest, have also left the party. Though the rebel Group of 23 has been dismantled, senior Congress leaders from the Group feel neglected. Former minister Anand Sharma is on record that senior leaders had yet to be utilised adequately.

Rahul and his advisors are confident that the impact of the Bharat Jodo Yatra can improve the party’s performance in the future. However, even if the yatra becomes a success, the effect will be known only after the 2024 polls.

One is intrigued why Rahul can not see that winning one or both states would boost the morale of the workers and the party can prepare for the 2024 polls with more enthusiasm. Rahul Gandhi should have organised the yatra after the Himachal and Gujarat elections. Also, Rahul has to sustain the momentum until 2024.

Perhaps Rahul kept away from the campaign to show that Congress needed the Gandhis. The new party President Mallikarjun Kharge required more time to come to grips. The irony is that Gandhis would get the credit for winning either or both states, but Kharge would face the blame for the losses.

The poll results on December 8 will show which way the wind blows. Poll pundits say that Congress could still bag Himachal. Had Congress worked to a winning strategy in both the states, the chances would have been much better. (IPA Service)