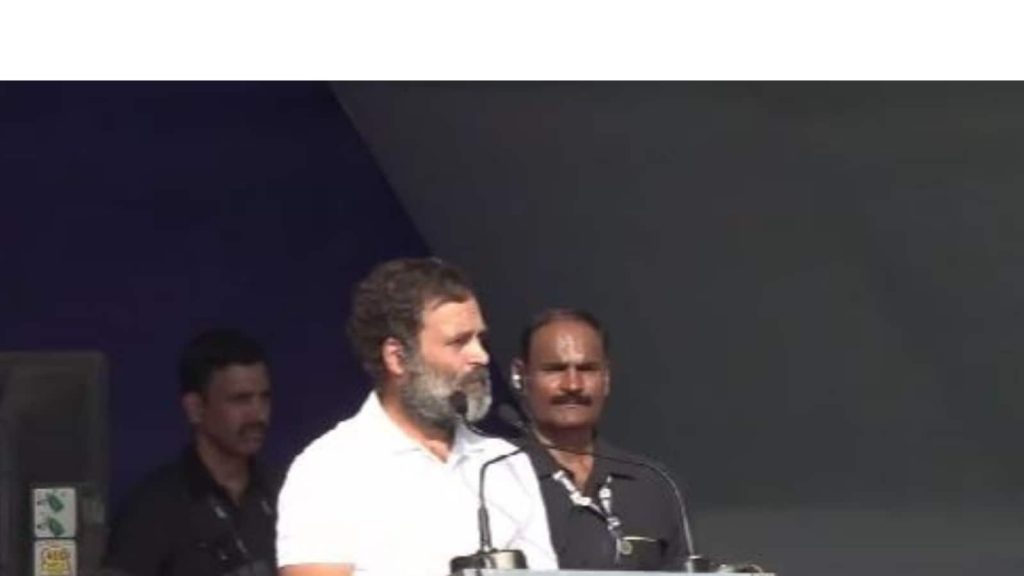 Congress leader Rahul Gandhi on Wednesday asserted that his party delivers on its promises and has waived loans of 22 lakh farmers in Rajasthan.

Addressing a gathering during the Bharat Jodo Yatra here, he accused Prime Minister Narendra Modi of not fulfilling his promise to give national project status to Eastern Rajasthan Canal Project (ERCP).

“We do what we say. Loans of 22 lakh farmers have been waived,” Gandhi said here.

The Congress government in Rajasthan had pledged to waive farmers’ loans in the last assembly elections. The BJP has accused the Congress of failing to fulfil its poll promise.

Gandhi said that eight lakh farmers get electricity free of cost in the state.

Talking about ERCP, he said, “The prime minister had twice in his speech promised to 13 districts of Rajasthan to give national project status to ERCP. He had said he will fulfil it soon. He cancelled it,” Gandhi said.

“Now when the Rajasthan government wants to build the project with its funds, the Centre is stopping the project. The state government has kept aside Rs 9,500 crore for the project,” the former Congress president said.

ERCP is an ambitious project of Rajasthan, which was envisaged during the previous BJP government. It is aimed at providing drinking and irrigation water to 13 districts of the state.

The Yatra, which has so far covered over 2,400 kilometers since it started on September 7 from Tamil Nadu’s Kanyakumari, resumed at 6 am here on its 91st day on Wednesday.

Gandhi marched to Kota from Darra Station Ganesh Mandir. After walking for about 10 km in the district, he stopped at the house of party worker and former deputy pradhan Ashok Meena in Gopalpura on NH-52.

“Rahul Gandhi ji enjoyed ‘gur ki chai’. He had especially requested for it. He got homemade ‘gur ki chai’. Rahulji and Chief Minister Ashok Gehlot had the tea and both appreciated the taste,” Meena said.

The former village pradhan said he informed Gandhi about the water problem faced by farmers in the area and requested for a canal to be built. “Rahul ji asked CM Gehlot to solve the issue,” he said.