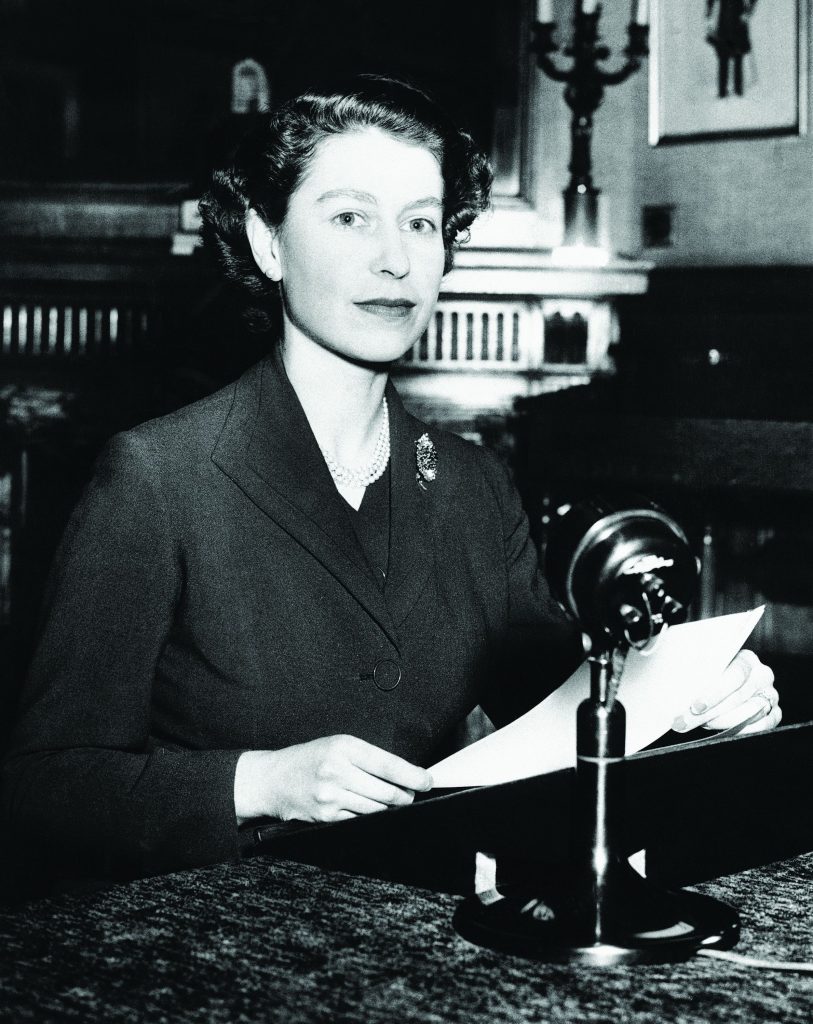 It is hard to think now of England without Queen Elizabeth II. She had been there for as long as anyone could remember. A reign of seventy years. This moment would have been somewhat similar to when Queen Empress Victoria had died in 1901.

She had begun when England was still an important world power, in the aftermath of the glow of victory in Second World War. Those were the days of certainty. Britain’s population was young, as you can make out seeing any of her pictures of her visiting her subjects with plenty of children milling around.

After the Second War, the global economy was on a path to recovery. Employment was slowly rising and so were incomes of people. There was spring in the air and a sense of hope for the future.

As for their old empire, the political concept had vanished and colonies were getting independent. But a vestigial sense of imperial togetherness had not deserted. The Commonwealth was active, both in spirit and in action.

Not long after her coronation, the Queen had undertaken a royal visit to former colonies, including to India. As a child, this writer still remembers her motorcade wend its way through the green Calcutta Maidan lined with people waving at her.

That wintry day in early ‘Fifties, she had done what she had always endeared to do. Be at the horse races. Royal Calcutta Turf Club —better known as the RCTC— was in its heyday. The Calcutta Race Course was marked out by typical English border — a low wooden fence painted white in the midst of lush green of the Race Course and adjoining roads.

The RCTC had flown its standards at the top of the imposing off-white Grand Stand. Being the headquarters of all British investments in India, the great companies had their “burrashahibs” congregating in their numbers at the Queen’s events in Calcutta. Their Rolls Royces and large American Chevrolets were parked thick alongside the Race Course Road.

Till much later, until these days, there were other connections. The first flush of Darjeeling teas of a new season were invariably sent to the Queen first before even these went into the auctions to fetch astronomical prices. The old Lord Inchcape was the owner of Assam Company, and his sprawling mansion on Camac Street was still intact.

Of course, there would be some recognition of the old British connection as well. J Thomas and Company, the century old leading tea auctioneer would invariably get invitations to various royal events, right there in Calcutta.

There are some who incorporate in themselves a whole era. Both Queen Victoria and Queen Elizabeth were such personalities. Long before, Queen Elizabeth I might also have been that, but that is so long ago.

If Queen Elizabeth II had begun her reign in an age of confidence, she had ended it in times of great uncertainty. Her Great Britain of late Forties is on course to become the Little England of the future. .

All that remains of the empire is a shrivelled Commonwealth, which survives mainly as a sporting forum. England today is an aged nation, devoid of any clout in international affairs. Her decision to heave herself away from the European Union had served the last blow.

The former empire is now striking back. Immigration had changed the colours of England. Even political acumen is missing from English politicians, so much so that the Queen’s former foreign secretary was snubbed by her Russian counterpart as being deaf.

The royal family had not been ever far from controversies and downright embarrassments. The Queen’s second son was alleged to be in cahoots with one of the infamous recent sex offender and faced huge ransom from victims. Not to mention, the unbelievably saddening Diana affair.

To maintain dignity and high standards of royalty rectitude through such tribulations was the chief mark of distinction of the Queen Elizabeth. Her silence in many affairs and her stoic endurance marked her great achievement.

Through such stoicism and refusal to be cowed down by adversities, she provided the anchor that Britain needed to survive as a nation. Her country should be paying her homage for that sense of stability and security amidst tribulations. (IPA Service)

Bolsonaro Is Trying To Repeat Trump Game Even Before October 2 Polls
Posting....