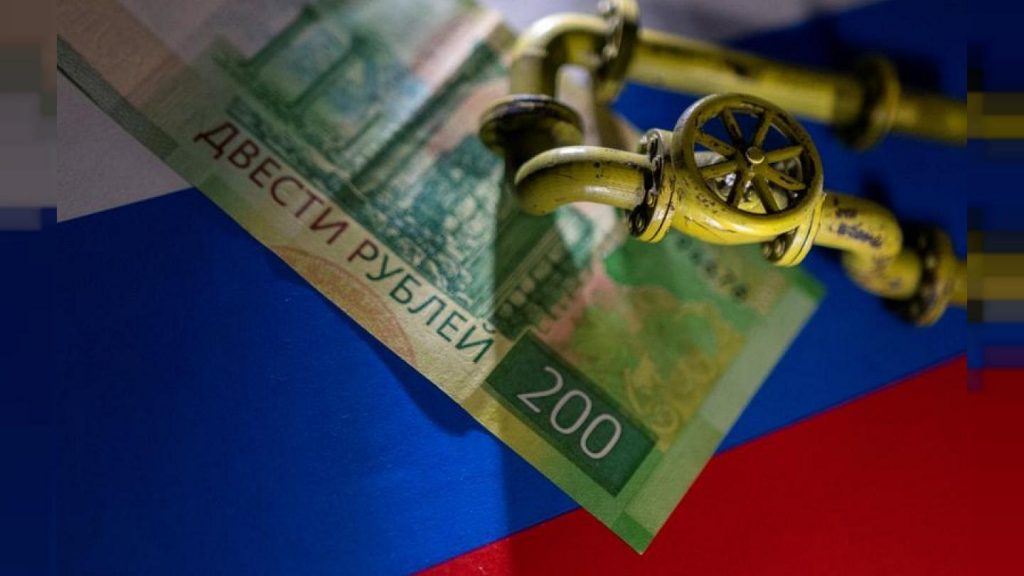 The currency stand-off in the global gas market, triggered by Russian president Vladimir Putin’s announcement that Russian gas will henceforth have to be paid in roubles instead of dollar and euro is keeping the market on tenterhooks. It has upset the calculations of all important stake holders, including India, which has been hoping to utilise a window of new opportunity in view of the western sanctions as the country is not in the bloc that enforces the embargo against Moscow. The market is watching for the results of the next round of Russia-Ukraine negotiations, though not many share the optimism for a breakthrough.

By proposing that Russian gas should be paid in roubles, Putin has raised issues that go beyond the energy sector. Through the move he is seeking to challenge the dominance of the euro and US dollar currencies for energy transactions. Putin has moved quickly to benefit from an emerging trend of currency diversification. For instance, even before Putin’s announcement, Saudi Arabia has been speeding up negotiations with China to accept oil payments in yuan, while Iran is discussing the switch to rupees with India.

India has reportedly been considering a timely switch to rupee payments for energy transactions with Russia, which would expectedly bring more favourable terms, including possible discounts. But it has been officially stated that Indian public sector oil companies neither have any contract nor is any such proposal under consideration from Russia or any other country for purchase of crude oil in Indian rupees. At the same time, Indian private refiners have apparently been snapping up Russian oil through spot tenders taking advantage of deep discounts due to the embargo enforced by US and the western nations.

The official clarification comes in the wake of insights from oil analysts that Russian gas major Gazprom has sought payment from Indian buyer GAIL in euros, on the currently dollar denominated contracts. And according to the analysts, GAIL may be open to the request, which if implemented may set a precedent for other currency conversions.

There is no doubt that the gas market is stuck between western sanctions on the one side and Russian demands for payments in roubles on the other. Putin has told the Russian Central Bank and Gazprom that payment for gas from ‘unfriendly’ nations has to be necessarily in roubles. The market continues to struggle with comprehending the implications of Putin’s declaration, adding to considerable volatility to the market. Requiring payments in roubles will force western companies to negotiate with sanctioned banks. Kremlin feels that this will create an impetus for European nations to remove part of the sanctions or make them milder.

Both sides remain at odds over the prospect of changing the currency terms of dollar and euro contracts, waiting for the other side to blink first. So far Russia has threatened to cut supplies if they are not paid but, according to market analysts, current gas price levels do not reflect this possibility. Also, remaining to be settled is which currency is preferable to the Russians once the sanctions take full effect: roubles or euros.

Adding fuel to the fire, a Russian law maker has warned of stoppage of supplies if the rouble payment mechanism is not honoured.  From a commercial perspective, delivering below committed volumes may mean a contract infraction, usually accompanied by supplier penalties and in prolonged cases could lead to a breach of contract and arbitrations.

An element of further complexity to the problem is the highly connected nature of the European pipeline grid, which limits manoeuvrability in controlling volumes to a specific country. This means that both the markets which might accept the proposed changes and those that do not are likely to be affected by any attempts to restrict flows to certain markets. Storage volumes in the EU countries are currently reported at only 26 percent well under the 90 percent target for October. In order to reach that target while phasing down dependence on Russian gas, these countries have agreed to start jointly purchasing gas, LNG and hydrogen. (IPA Service)