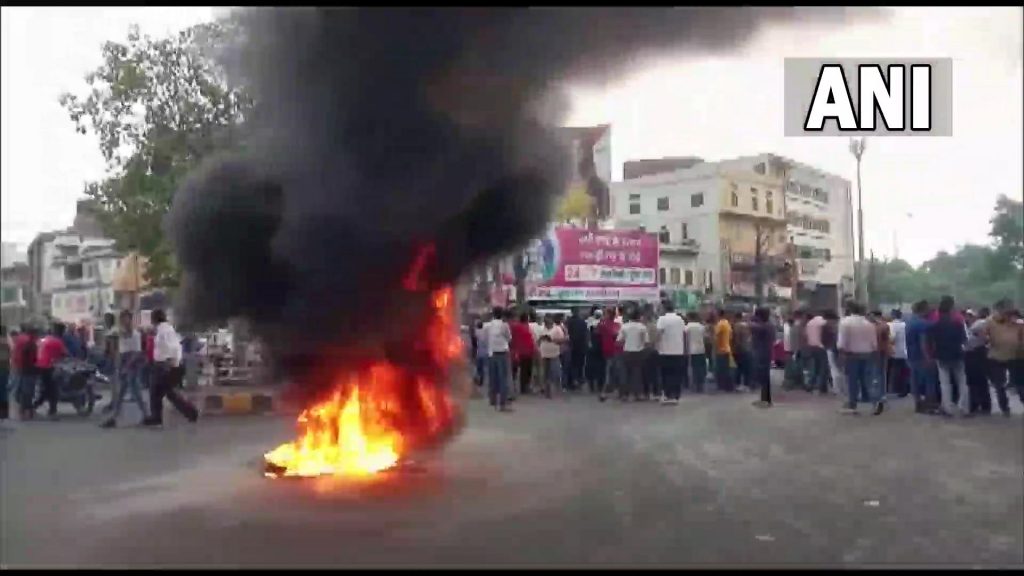 The horrendous killing in Udaipur has been universally condemned. While the authorities have acted in rounding up those involved, the culprits must receive severe punishment. The growing incendiary atmosphere of hate and violence in the country is dehumanising our society. This spiral of hate must end. The union government ordering the NIA to take over the case should not lead to keeping the fires of hate and violence burning.

Fake/false news aimed at rousing communal passions on social media contributes immensely to the growth of poisonous hate and violence spiral. Exposing such fake news and putting facts before the people contributes to the dousing of communal hatred. The Alt News portal has done yeoman service in this direction. Ironically its co-founder, Mohammed Zubair was arrested for a tweet in 2018 under 153A of IPC (promoting enmity between different groups). Clearly, the Modi government feels insecure and threatened with anything that exposes its fake news machine of disinformation. There is no basis for this arrest and Zubair must be released immediately.

The diabolical duplicity cannot be more expressive. The day Zubair was arrested PM Modi was attending the G7 summit as an invitee and signed a joint statement that resolved to “protecting the freedom of expression and opinion online and offline and ensuring a free and independent media landscape…”

Zubair’s arrest came soon after the arrests of Teesta Setalvad, Sreekumar and Sanjeev Bhatt (who is already in jail in a different case). Teesta fought relentlessly for justice for the victims of the 2002 Gujarat violence. Working tenaciously, she has secured 120 convictions in 68 cases – a record for convictions for any communal riot in India.

Teesta’s arrest is a brazen attack on the constitutionally guaranteed democratic rights of the people. It sends a clear signal that people should not dare to question the role of the regime under whom horrendous communal violence takes place.

Ironically, it is the country’s apex court that enabled the Gujarat police to arrest Teesta. A three-member vacation bench dismissed a case Teesta was pursuing on behalf of Zakia Jafri, wife of former Congress MP, Ehsan Jafri who was brutally killed in the Gujarat communal violence. The court found no fault with the way in which the Special Investigation Team (SIT) probed Modi’s role in this communal violence as the chief minister of the state. The verdict while exonerating Modi says, “mere failure or inaction of state administration” is “no basis to infer conspiracy”. Worse, the verdict directly converts the petitioner seeking justice as an accused saying, “people with ulterior motives had sought to keep the pot boiling”. Further, the verdict directs the arrest by saying “all those involved in such abuse of process need to be in the dock and proceeded with in accordance with the law”

How can appeals against a report of an SIT established by any court be an “abuse of process?” Will SIT reports henceforth be outside the purview of judicial appeal?

This clean chit given to the Gujarat SIT contradicts what the Human Rights Commission said in May 2002, the Supreme Court judgement on the Best Bakery case in April 2004, the judgement of the Gujarat High Court on Naroda Patiya and the inconsistencies in SIT’s interrogation of Modi.

The NHRC observed that “there was a widespread lack of faith in the integrity of the investigating process and the ability of those conducting investigations…” Further, it said, “Commission would therefore like to warn that the danger persists of a large scale and unconscionable miscarriage of justice if the effort to investigate and prosecute the crimes that have been committed is not directed with greater skill and determination and marked by a higher sense of integrity and freedom from ‘extraneous political and other influences’ than has hitherto been in evidence”.

The Supreme Court was more scathing in its 2004 judgement: “If one even cursorily glances through the records of the case, one gets a feeling that the justice delivery system was being taken for a ride and literally allowed to be abused, misused and mutilated by subterfuge.”

“The modern-day ‘Neros’ were looking elsewhere when Best Bakery and innocent children and helpless women were burning and were probably deliberating how the perpetrators of the crime can be saved or protected.”

The Gujarat High Court judgement in the Naroda Patiya case directly questioned the SIT investigation and stated: “However, the inept manner in which the investigation has been carried out both by the police as well as the SIT and the equally inept manner in which the prosecution has been conducted, speaks volumes about the intentions of all concerned.”

Modi denied before the SIT that he received any information of an ongoing attack on the Gulbarg society by armed mobs by saying that only in the law and order review meeting held that night he heard about the Gulbarg society attack in which Ehsan Jafri was murdered. Witnesses deposed before the SIT had said that Jafri had telephoned the CM for help and said Modi did not listen to him, in fact, he abused him. Yet, the SIT chose not to confront Modi with these sworn testimonies.

The present vacation bench verdict ignores and rejects this entire body of earlier judicial verdicts and is therefore a gross miscarriage of justice. Teesta and Sreekumar must be released immediately. The sanctity of the independent institutions and authorities established by the constitution must be upheld and strengthened. There cannot and must not be miscarriages in the delivery of justice. (IPA Service)