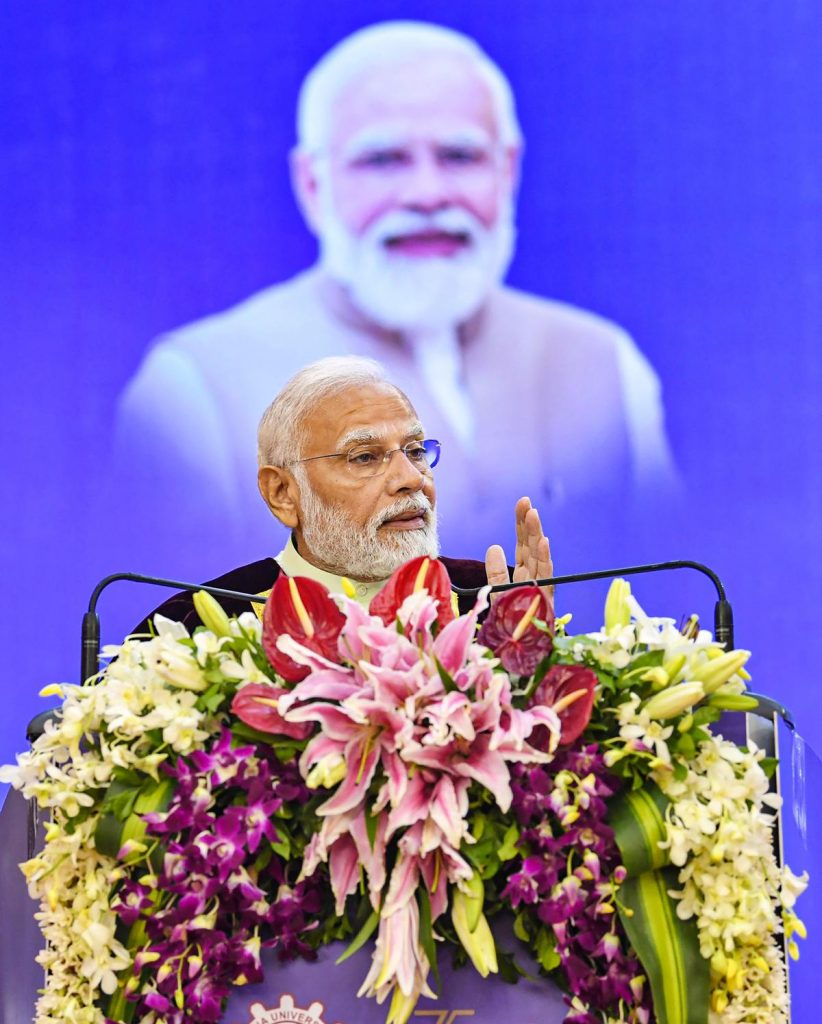 Fine words, indeed!  The only catch is that the government, under Modi, is doing exactly the opposite of what has been pronounced by him. The Modi government seeks to control everything and everyone; his government has moved into every domain including curtailing the rights of citizens assured under the constitution.

What is actually happening is a single-minded pursuit by a “strong government” for total control in all spheres of society. Electoral democracy is fast becoming an electoral autocracy. The way parliament has been denigrated and the opposition muzzled has been illustrated by the current monsoon session of parliament that saw the suspension of 27 opposition members of parliament.

The Enforcement Directorate (ED) has become the political instrument to target opposition leaders and incarcerate them.  The impunity with which the ED operates is going to further heighten after the Supreme Court verdict last week, which has legitimised the draconian powers vested in the ED under the Prevention of Money Laundering Act.  Arbitrary arrests, detention without bail and attachment of properties will now be the norm.

The legal instruments to suppress the opposition and dissent and tame civil society have only grown as the UAPA, the NSA and other “national security” laws are routinely employed with the higher judiciary refusing to even acknowledge the trampling of the citizens’ right to life and liberty.

From August 1, the linking of voter identity cards with Aadhaar has begun as per the amended election law.  This amended bill was rammed through parliament in the winter session of December 2021 without any proper scrutiny or discussion.  Though the linkage to Aadhaar is supposed to be voluntary, in practice, the failure to do so can lead to the elimination of a voter’s name from the electoral rolls as the linkage is being done “with a view to establish identity of electors and authentication of entries in the electoral roll”.  There are serious apprehensions that a large number of genuine voters would be eliminated through the process of linkage with Aadhaar as it is meant to eliminate duplicate voter ID cards.  A project conducted in Telangana to eliminate multiple voter ID cards has led to the removal of 10.26 lakh voter ID cards. How many of them are genuine voters has to be ascertained.

The linkage with Aadhaar will also lay the basis for voter profiling and the surveillance of the electoral preferences of voters as there is no guarantee about the confidentiality of the data collected.

Given the predilection of the prime minister to say something and do the opposite, every statement needs to be parsed to understand what he actually means.  Take the instance of an earlier speech he made on July 25, in which he cautioned the opposition against the practice of putting ideological and political interests over the well-being of the society and the country. He said: “There is a place for ideology and political aspirations but country and society always come first”.  What he intended to say must be understood by reading between the lines. The only ideology and politics which serves the country’s interests is Hindutva.  All other ideologies are not in the interests of the country and society.

It is this outlook which is driving the BJP government at the centre and in the states to install Hindutva as the official ideology. It involves the government remoulding the educational system and the curriculum on Hindutva lines.  The rewriting of history and textbooks are proceeding apace.

Here is the strong government which wants to exercise control over all domains, including education and culture.  That is why it is important to see through the double-speak and the convoluted manner in which Modi speaks.  (IPA Service)