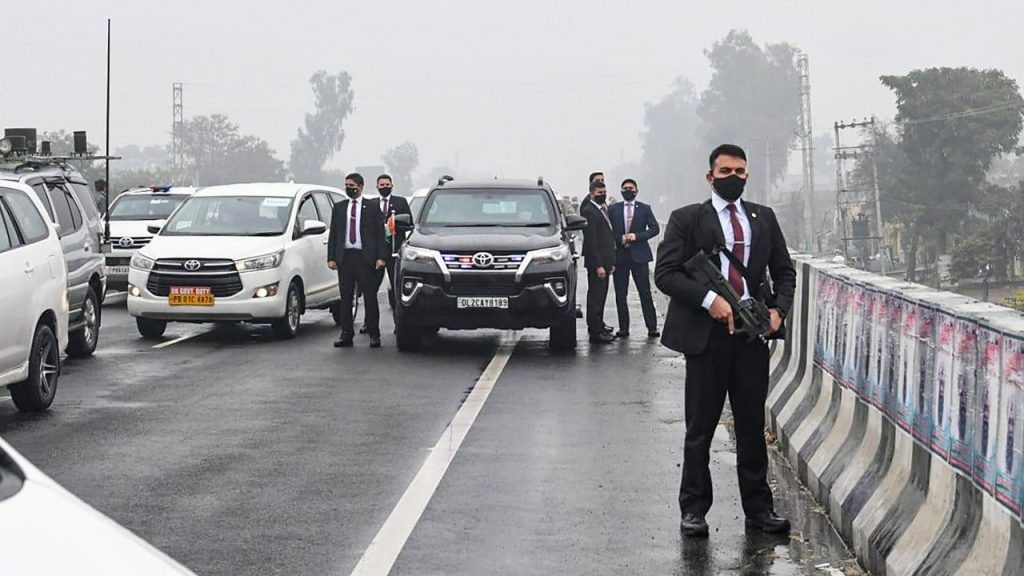 Punjab Chief Minister Charanjit Channi is okay with the Supreme Court setting up a five-member panel to go into the breach of Prime Minister Narendra Modi’s security. Channi spoke to Modi one-on-one and wished Modi a long life till the end of time—and then hoped that the end of time never comes!

That is gross injustice to millions of citizens who do not share a similar sentiment. Breaking hearts this soon after New Year is criminal! People should watch their mouths. It was not as if it was Modi’s birthday.

Let’s be honest, Prime Minister Narendra Modi is not a universally liked person. There is the core of Hindutva who sticks to him like glue freshly made. There are also legions who do not harbour a single good thought for him. This lot do not cotton to Channi wishing Modi a long life.

Think of the humongous number of Indians who stood wherever they were and looked Ferozepur-ward when Modi’s cavalcade ground to a helpless halt atop the flyover where the farmers congregated. People from as far down south as Thiruvananthapuram in Kerala to Imphal in the northeast and Kutch to the west in Modi’s home-state Gujarat were frustrated that things did not go the whole hog.

All of them hoped for the unthinkable that cannot be spoken aloud. The fact is Modi is a “hated” figure for millions, and stating it straight out wouldn’t qualify for “lie.” Flip-flops come naturally only to bearded politicians. So Channi could get away with wishing Modi a long life till when ‘Qayamat’ comes. Channi got poetic and fooled many, can he fool himself?

Do Navjot Singh Sidhu and Rahul Gandhi think Modi and long life go together? The answer is an obvious ‘No’. For millions upon millions, the appropriate words that come to mind whenever Modi is mentioned are “good riddance” even if Modi has not gone anywhere! That is okay, too, because there is nothing wrong in calling a spade a spade!

In fact, Modi himself will agree. He knows well that it’s the lop-sided democracy that got him to power. Not once, but twice. The first past the post rule or whatever they call it worked in his favour. In 2014, the BJP got around 31 percent of the popular vote and Modi rode to power. In 2019, the percentage went up to 39, but still short of the majority popular vote.

Today, the hatred for Modi is thick in the air. It gathered around Delhi for over a year and it travelled the highway with him. And throughout all this, Modi behaved and acted like he knew the people’s mind. The truth is the people now know Modi’s mind! A lot of even those who have been fervent supporters are beginning to not like him.

There is a growing number of the Hindutva who think like Rahul Gandhi. The Gandhi scion is on record that Prime Minister Narendra Modi is a “coward.” Now, there is a whole bunch of the Modi-bhakt who lean towards Rahul Gandhi, convinced that only a “coward” would give away all his executive powers to the Supreme Court.

This lot thinks the Supreme Court is tyrannical and anti-Hindu. They do not like Modi refusing to take action against those they think were behind the breach of Modi’s security. According to them, action should have come within the hour and it should have come from the PMO. Why wait for the top court to take notice or somebody else to initiate action?

This lot also has among them those who lauds the Haridwar and Raipur ‘Dharam Sansad’. They believe in Yogi Adityanath’s “80 versus 20” reading of the electorate. To them, Yogi Adityanath is by far a better choice for Prime Minister. For them, the fact that the Yogi jumps in where Modi fears to tread is proof of who is the more courageous.

So, even as the 5-state assembly elections loom, Yogi’s bastion of Hindutva supporters is gaining in numbers at the expense of Modi’s. For the hardcore Hindutva, Modi is slow and too concerned about his image in the global arena—and increasingly politically correct.

For example, they’re convinced Modi wouldn’t have had it in him to pin the ’80 vs 20’ badge to his 56” chest. The Yogi did not shy away from stating the truth about the Hindu-Muslim divide. To them, Modi is a hurdle in the way of bringing Bharat closer to Hindu Rashtra.

The story of the times is that Narendra Modi is the only Prime Minister of India who has had Indian citizens who hated him. Indira Gandhi was not liked by Sikhs for the invasion of the Golden Temple. But time took care of the hatred and today’s majority of Sikhs are indifferent to her. Not Narendra Modi. (IPA Service)